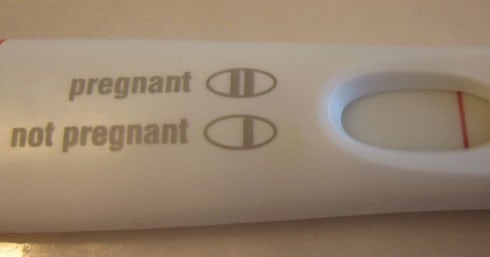 In the 1990s the birth rate among American teenagers was at critical levels. Now, according to an analysis released by the CDC, this number is at an all-time low.

Lisa Romero of the U.S. Centers for Disease Control and Prevention said, “Many factors play a role in the declines, such as culture, risk behaviors for unintended pregnancy — particularly unprotected sex — and social and community factors.”

“We are encouraged that teens are taking steps to prevent pregnancy,” she added.

The declines in the last decade have been most noticeable among Hispanic and black teens, whose birth rates have dropped by a staggering 50 percent since 2006.

There have been a number of theories on why this trend has happened, including a more open public discourse about what was once a taboo topic, as spearheaded by MTV’s 16 & Pregnant and Teen Mom.

A study from 2014 estimated that teen births dropped 6 percent in the 18 months following the first broadcasts of 16 & Pregnant, which provided an unvrarnished look into the lives of youth living through this experience.

The Washington Post cited two main factors that most experts agree on. First is access to more effective contraception and the other is that teens are simply having less sex.

While CDC Director Tom Frieden is enthusiastic about this trend he still advised caution. “The United States has made remarkable progress in reducing both teen pregnancy and racial and ethnic differences, but the reality is, too many American teens are still having babies,” he said.

Via CBS News, a statement by the American College of Obstetricians and Gynecologists in response to the new report said, “We know from experience that meaningful change in health care can take time, but these numbers show that it can be done. The value of preventing pregnancies among teens is clear: it means that more women will have the opportunity to complete school, perhaps pursue careers, and wait until they are ready to begin families.”