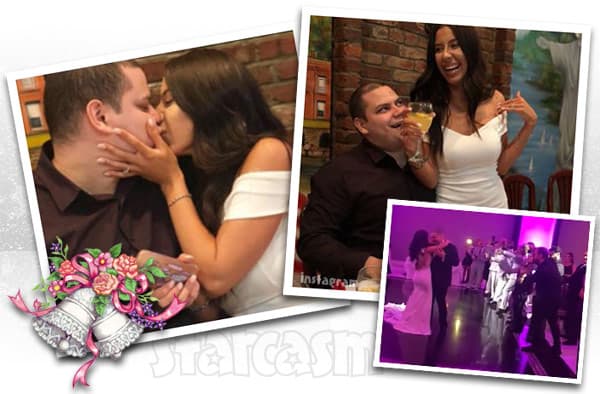 After more than seven years of dating, Teen Mom 2 couple Jo Rivera and Vetzabe “Vee” Torres have officially tied the knot! Jo and Vee, who have been together longer than any other Teen Mom 2 couple, got married earlier today in Bloomfield, New Jersey.

Vee teased her big day on social media with a series of photos from their rehearsal dinner, including two of the pictures above. Unfortunately, we don’t have any wedding photos with Jo and Vee. But, thanks to some of those in attendance, including Jo’s ex Kail Lowry, we do have numerous photos and clips of the venue and those in attendance.

UPDATE – Scroll down for more photos, including Jo and Vee’s first dance, Jo with Isaac, and more!

Kail attended the ceremony with her good friend Rebecca Hayter as her date, and the two posed together for several Instagram moments — including some with Jo and Kail’s dappertastic son Isaac! 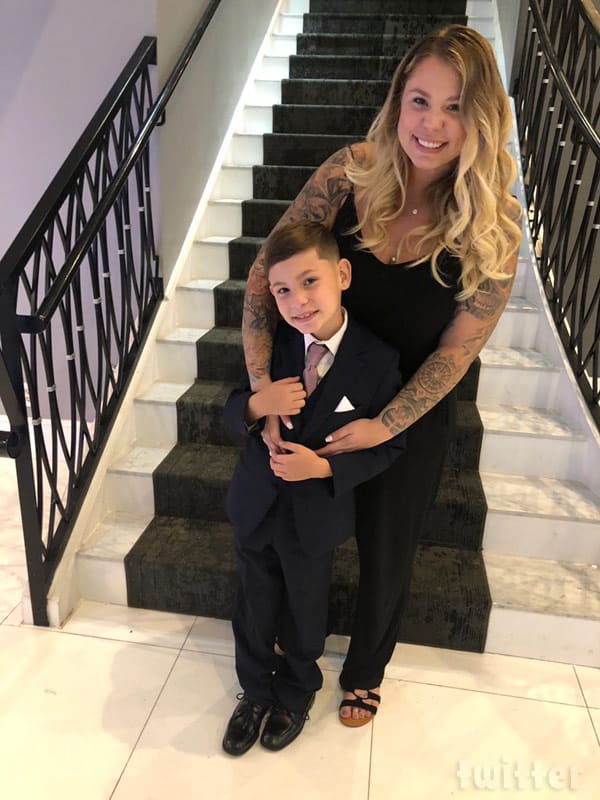 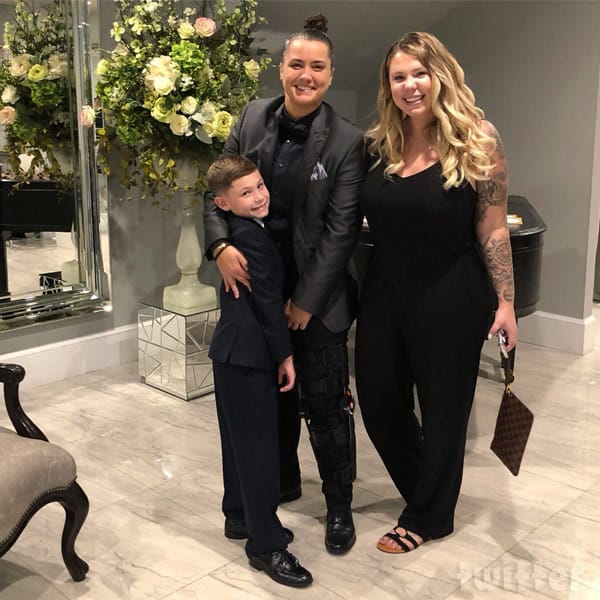 Kail and Becky also shared some video clips from the venue just before Vee walked down the aisle, mostly just joking around.

Jo and Vee’s wedding was held at The Brookside Banquets, which is a crazy elegant and modernly austere venue that you can see lots more of here.

In addition to Kail, Vee’s bestie Natalie also shared numerous photos from the weekend, including a photo of three of the bridesmaids looking amazing in their satiny “Bride Squad” dresses and white bouquets: 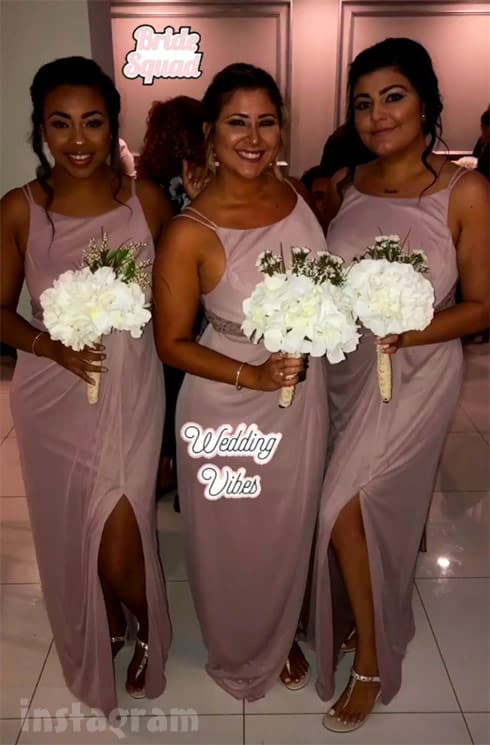 For those fans excited to see the wedding on the next season of Teen Mom 2, you will more than likely be disappointed. In addition to announcing that the previous season was probably her last, Vee has been very adamant all along that she did not want MTV filming her and Jo’s wedding. “I don’t want it documented,” Vee tweeted last February. “That’s why I said no… it’ll be between family & friends how we want it.”

Congratulations to Jo and Vee! We’ve been a big fan of theirs for some time now, and we couldn’t be happier that the two of them finally got to formally celebrate their union in front of friends and family!

We will continue to monitor the internet and will update as soon as we get any photos of the bride and/or groom.

UPDATE – Kail has since posted some clips from after the ceremony, including Jo and Vee’s first dance! Here are some samples: 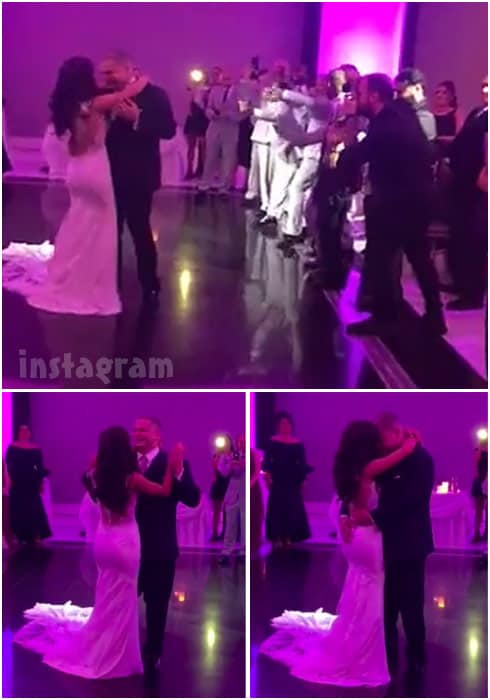 Jo and Isaac! (And Becky) 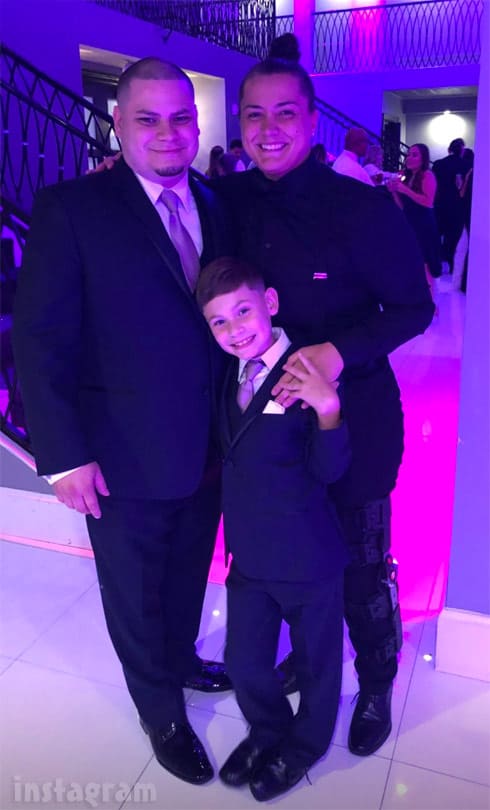 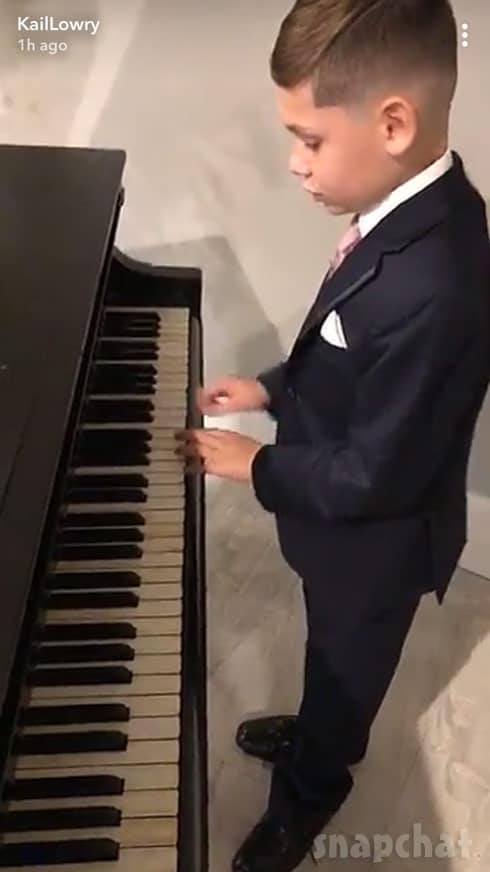 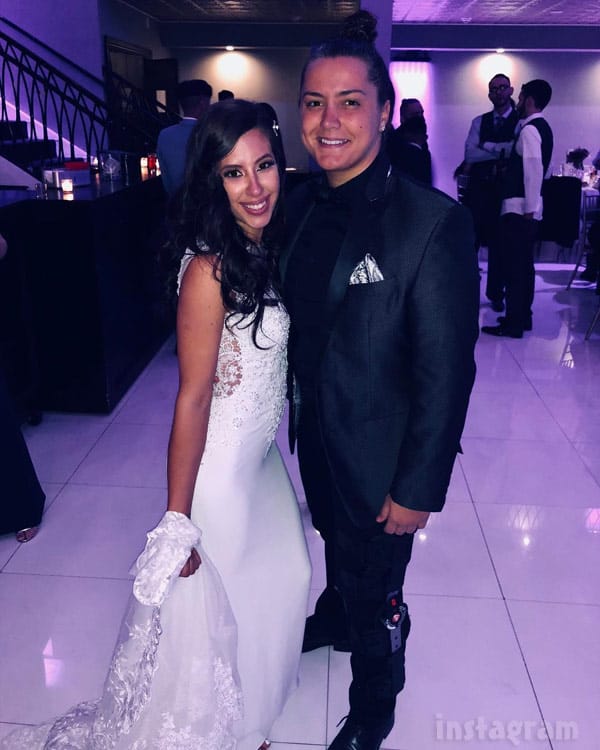 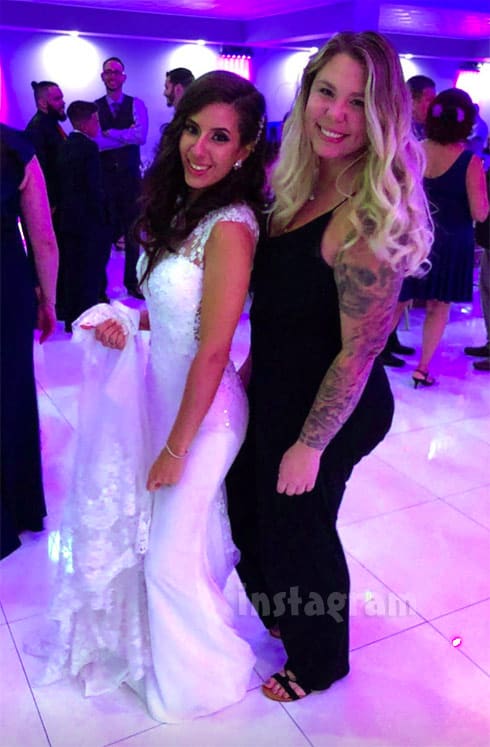 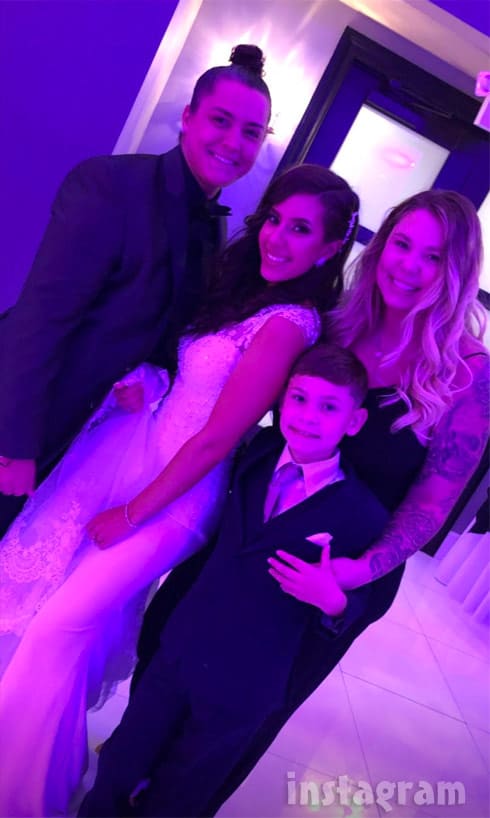 The beautiful couple! I’m so happy I took you in my little civic to meet him that night ? 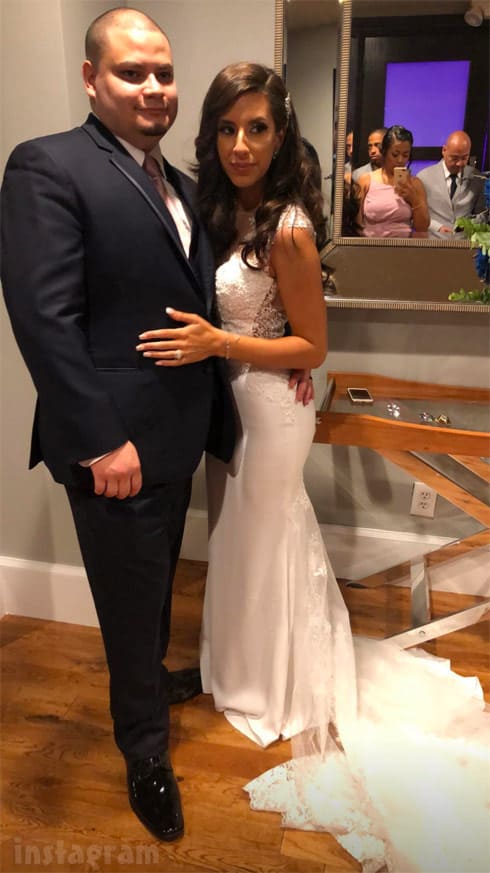 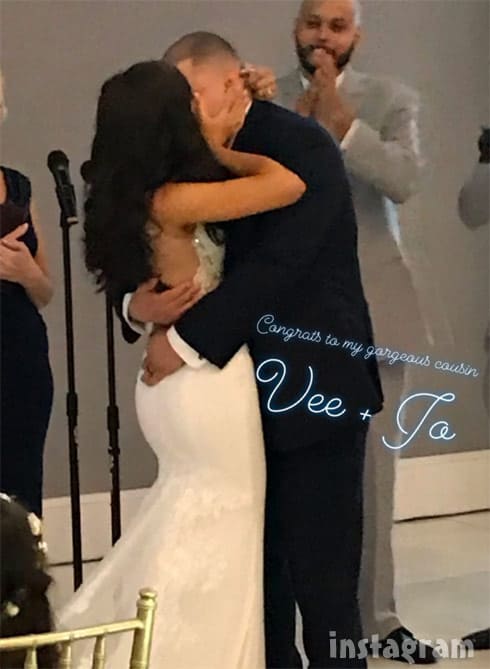 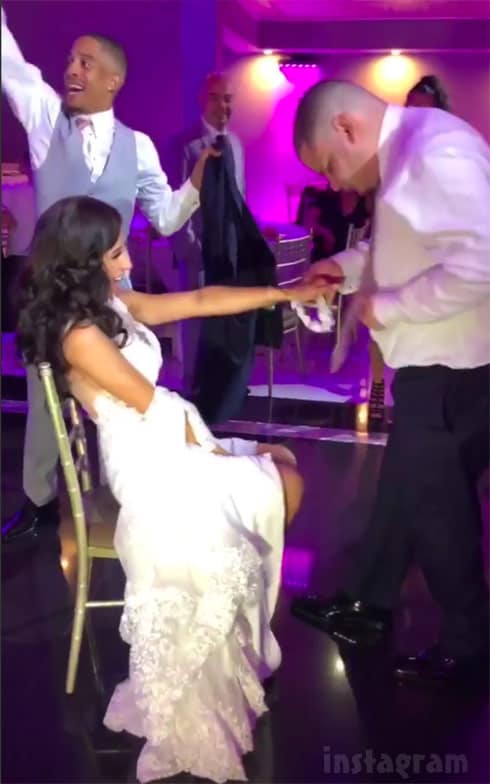 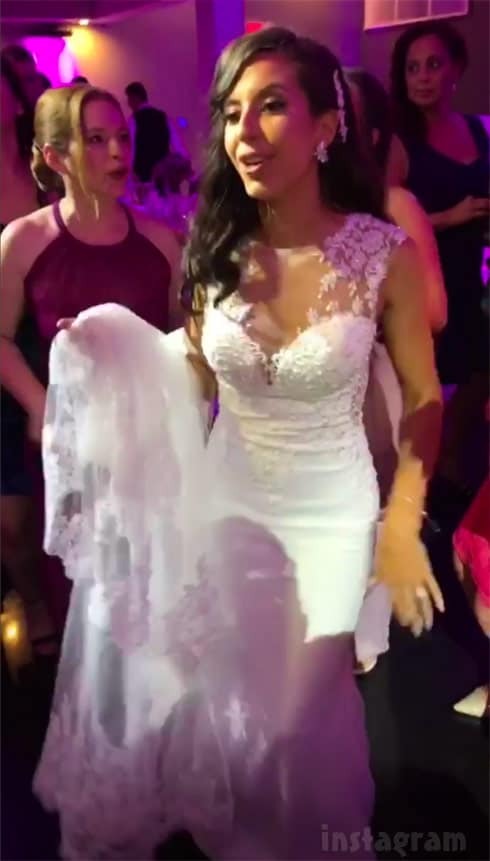 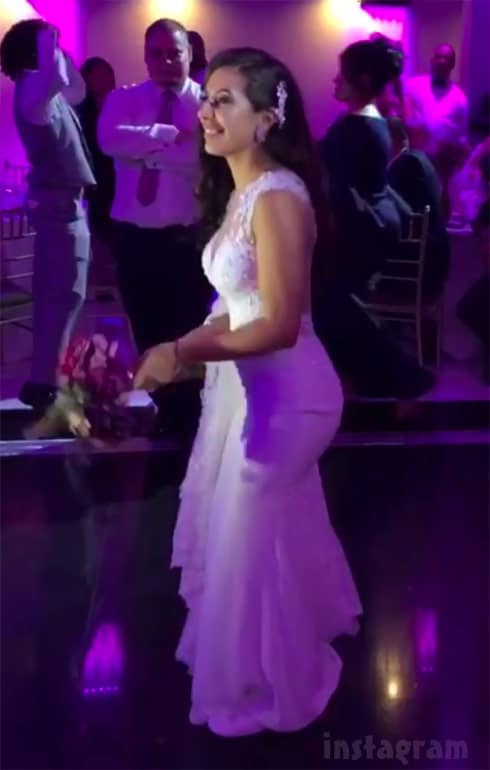 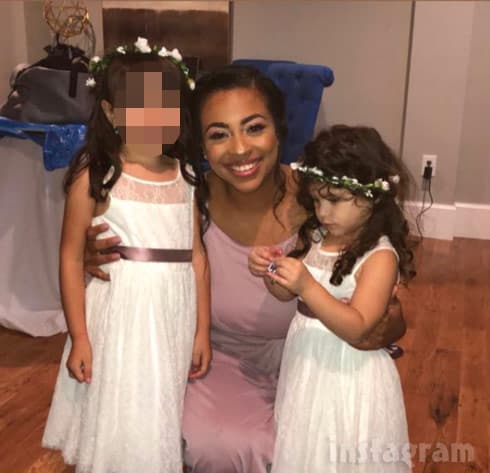 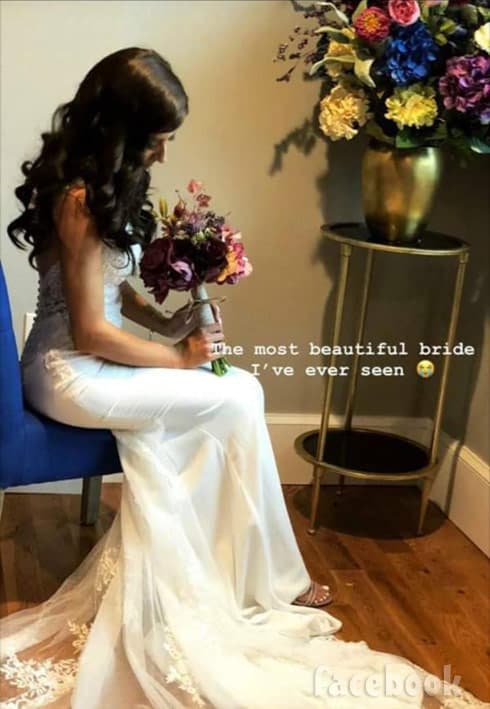