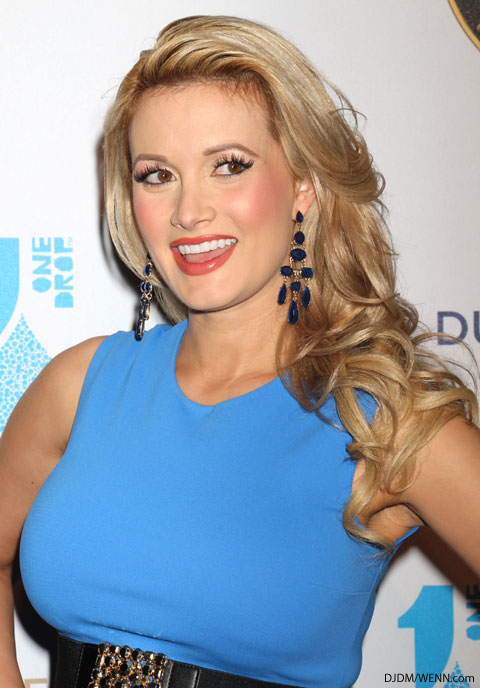 It’s been less than a month since Holly Madison gave birth to her first child, baby Rainbow Aurora, and she’s already back to looking like a pinup.

The former Playmate wowed at Cirque du Soleil Presents “One Night For ONE DROP” in Vegas Friday in a cute, curve accentuating blue dress.

Losing baby weight has definitely been Holly’s goal since giving birth. She told In Touch that she installed a gym in her house so she could do yoga, pilates, and cardio to help shed the 40 pounds she gained during pregnancy.

Most celebrities lose weight quickly after giving birth, sometimes making it seem way too easy. Holly had to take time off from her Vegas Show, Peep Show, which is now starring Ice-T’s wife Coco, so she’s hoping to get back in shape so she can get back on the Vegas stage. 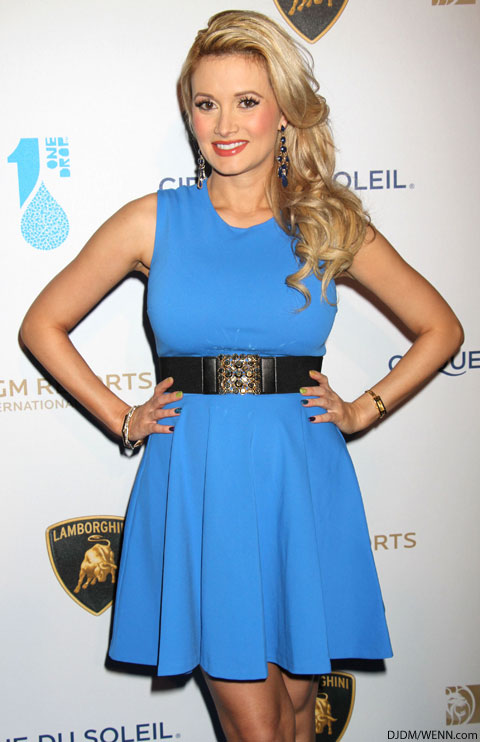 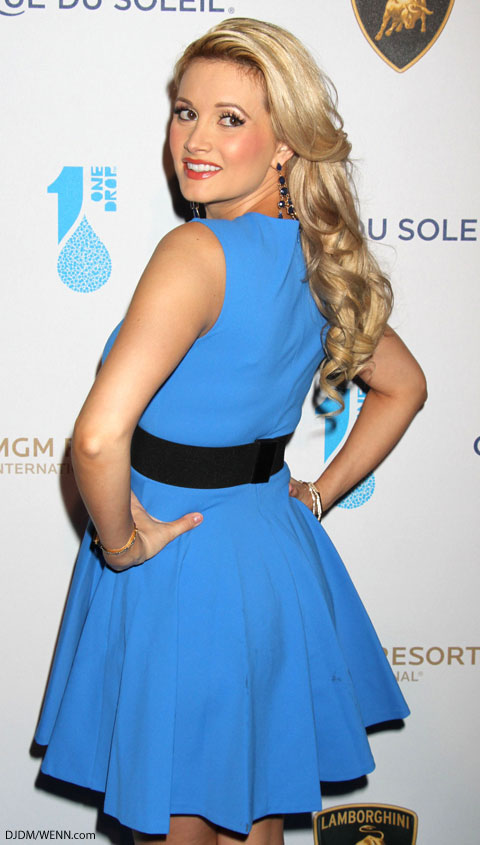 Can you really freeze your fat off? Jonathan Cheban tries out “Coolsculpting” by Zeltiq

MY 600 LB LIFE Brandon Scott looking fantastic in new photos & videos, but kicked out of church for living with fiancée Tayler