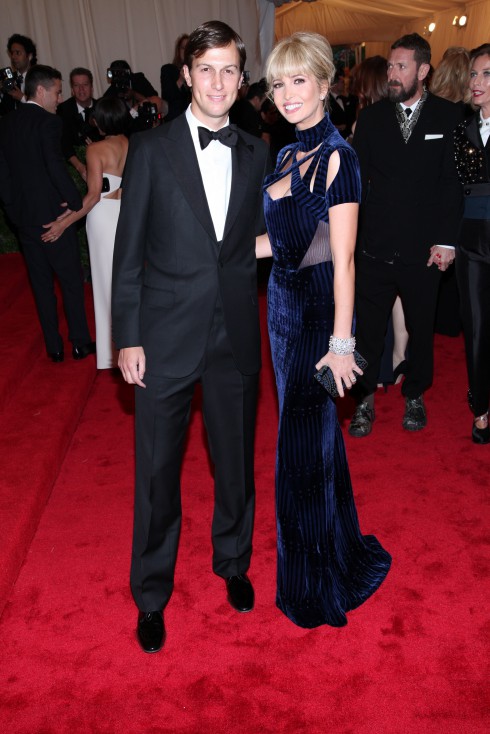 Ivanka Trump and her husband Jared Kushner became parents for the first time less than two years ago, and already they are expanding their family once again. The pair, who married in October 2009, are expecting their second child this fall, PEOPLE Magazine confirmed this morning.

Since welcoming her first child, 20-months-old Arabella Rose, Ivanka has remained committed to her job as Executive Vice President of Development & Acquisitions at The Trump Organization — and she doesn’t have any desire to step down any time soon, regardless of how many children she plans on having. However, that doesn’t mean she’s a “working mom.”

“Incidentally, I hate the expression ‘working mom,’ because when I’m with Arabella on the weekends, I’m much more exhausted on Monday morning than I am on Friday night!” she recently revealed to Redbook. I think the expression ‘working’ versus ‘non-working’ implies that a mother who stays home doesn’t work. It’s far more difficult than anything I do in the office.”

While Ivanka loves her job, it’s always hard leaving her little girl, and once the new baby comes, it’s only going to get harder. “Every morning I’m so sad to leave Arabella,” she admits, “But it’s important for me to continue what I’m doing. It’s fulfilling to me, and I think it makes me a better mom when I’m home.”

Earlier this morning, Ivanka confirmed her baby news via Twitter telling fans, “Jared and I and are so excited that Arabella will become a big sister this fall. Thanks for all your good wishes! xo Ivanka.”

PHOTOS Who did Tristan Thompson cheat on Khloe Kardashian with?