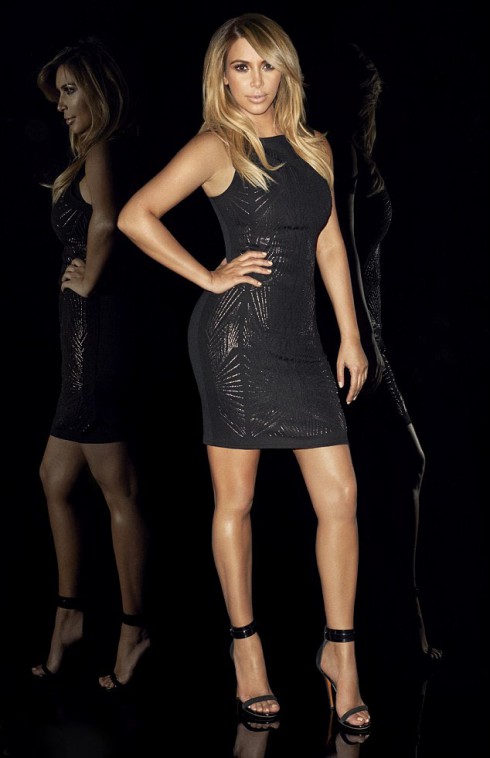 In stark contrast to her bikini shot from last week, Kim Kardashian’s looking downright classy in her latest post-pregnancy photos!

She was joined in other shots by sisters Khloe and Kourtney. The girls were modeling their new clothing line, which launches in the United Kingdom and online on Thursday. 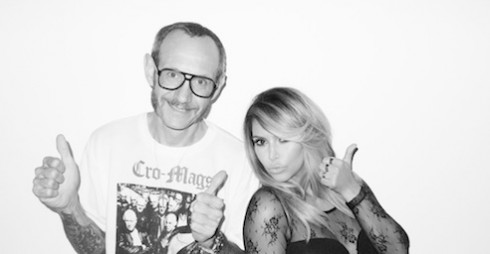 Although Kim looked super trim in the pictures, she admitted to London’s Sunday Times that she hasn’t hit the gym much in recent months.

“I haven’t exercised a whole lot so far, just because I’ve been busy with the baby and I don’t want to leave her. I still have some [baby weight] to go,” Kim said, adding her weight loss is all due to the Atkins Diet. “I don’t feel tempted to eat a bunch of junk food. It’s just about staying healthy — it will come off.”

Even though Kim claimed she hasn’t been too focused on losing weight, she seemed to contradict herself when revealing her true motivation…

“You want your guy to think you’re really hot. I’ll put something on and he’ll say, ‘No, that doesn’t look good,’ and I’ll trust him,” Kim said of Kanye.

Although Kanye has a big say when it comes to Kim’s style, she has her fun when picking North’s clothes.

“I think North looks cute in light colors” she explained. “North doesn’t typically wear pink, though. She wears mauve or blush, not, like, typical baby pink.”