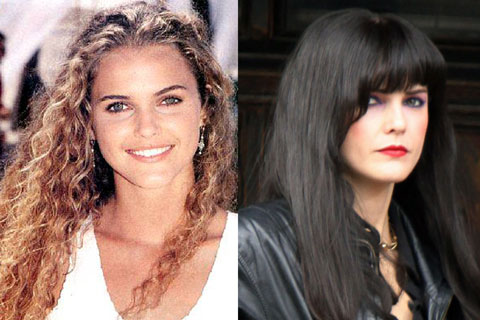 Long gone are the golden curls from the Felicity era. 37-year-old actress Keri Russell has a dramatic new look on the Brooklyn set of F/X’s The Americans.

Keri rocked a black wig and red leather skirt in her role as a Russian spy undercover as a U.S. housewife.

Many actress put on wigs or dye their hair for acting parts, but let’s face it: we’re all still attached to Felicity’s curls, and we’re still not over the haircut from 2009.

In a recent interview Keri discussed coming back into acting after a hiatus, hinting at an attempt to shed being synonymous with Felicity Porter: “The great thing about disappearing is that people forget about you a little bit. Your past is forgotten. You can come back as something fresh and new. These past two years, I’ve come back to all these interesting things that people might not have thought about me for in the past. They just happened.”

This isn’t the only acting gig for Keri: she’s also set to star in the upcoming film Dark Skies. 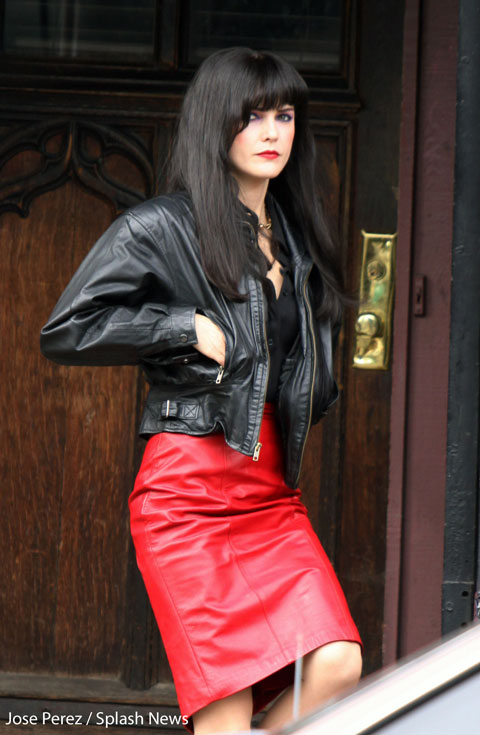 Miley Cyrus before and after new teeth photos