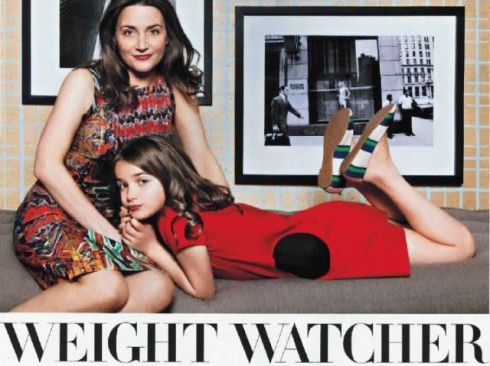 Here is the dilemma with putting a young girl or boy on a diet: If a child is told her body is “wrong” from such a young age and is forced to change her behaviors, will she be set up for a lifetime of insecurity and disordered eating? Or, if you don’t encourage her to eat healthier and become more active, is she destined to the health problems that coincide with obesity?

Based on the response Dara-Lynn Weiss received to a Vogue article she wrote about putting her seven-year-old daughter on a diet, it seems the overwhelming majority think it’s wrong to put a young child on a strict calorie-controlled diet.

“Dara-Lynn Weiss, who opened up about putting her 7-year-old daughter on a Weight Watchers-style diet in Vogue‘s April issue, has to go down in history as the one of the most f***ed up, selfish women to ever grace the magazine’s pages,” Jezebel writer Katie J.M. Baker wrote. 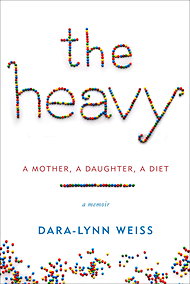 The trouble with Weiss’ article (and subsequent book, “The Heavy”) was that the methods she used to manage her daughter’s weight weren’t educational. They were restricting and shameful, which isn’t an easy load for a young girl to bear.

I once reproachfully deprived Bea of her dinner after learning that her observation of French Heritage Day at school involved nearly 800 calories of Brie, filet mignon, baguette, and chocolate. I stopped letting her enjoy Pizza Fridays when she admitted to adding a corn salad as a side dish one week. I dressed down a Starbucks barista when he professed ignorance of the nutrition content of the kids’ hot chocolate whose calories are listed as “120-210″ on the menu board: Well, which is it? When he couldn’t provide an answer, I dramatically grabbed the drink out of my daughter’s hands, poured it into the garbage, and stormed out.

Although there’s undeniably an obesity epidemic in the United States, there is also a more covert epidemic of children growing up too fast. In this case, Weiss would have been better off promoting physical activity and knowledge of healthy foods, rather than admonishing her daughter for any slip-up.

Weiss later defended her decision to KJ Dell’Antonia from the New York Times.

“My biggest fear was making her obsessed. I felt that was my problem. I didn’t want her to be like me and end up obsessed with food and weight,” said Weiss, who has admitted she was overweight as a child. “But when it became clear that she needed help… I couldn’t ignore that in the hope of not creating an obsession.”

Therein lies a fine line: Telling a young child that she is on a “diet” is dangerous in terms of future body insecurity and disordered eating tendencies. Showing her that the family is eating healthier and being active sets her up for a positive relationship with food and exercise.

*Top photo from the Vogue photoshoot with Weiss and her daughter.