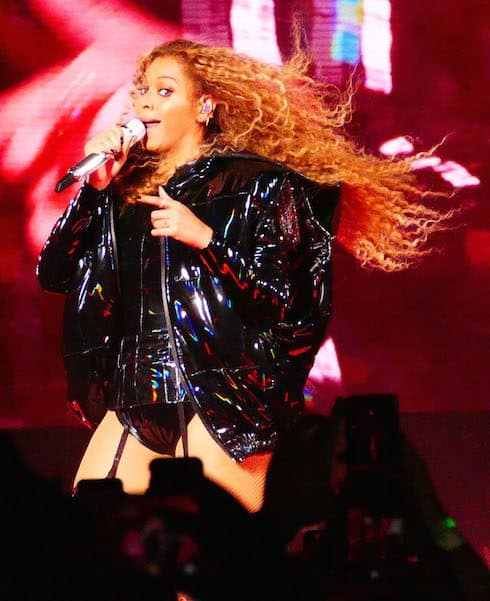 We’re a year removed from the birth of Beyonce and Jay-Z’s twins Rumi and Sir, which means it’s high time that the Beyonce pregnancy rumor mill get started once more. According to a new report, Bey may well be with child — and she may be telegraphing the news to her fans every night on the “On The Run II” tour.

The report comes from Page Six, and is admittedly more speculative than gossip-based. Their take claims “convincing evidence” of Beyonce pregnant again in the form of the icon rubbing her tummy during “Bonnie and Clyde” at an Italian show earlier this week. Per their analyst, Bey’s move “kind of reminds you of the Blue Ivy reveal” from the 2011 MTV VMAs. The implication seems to be that either Beyonce is pregnant with her fourth child, or she’s simply winking at the world.

While we weren’t able to unearth the exact footage Page Six referenced, we found “Bonnie and Clyde” from a show a few days earlier than the one in Italy. Based on the clip, it’s honestly unclear if Beyonce’s belly rubbing is a part of the show’s choreography (or if it’s just a harmless involuntary belly rub). Consider this fan-filmed video of Bey and Jay singing “Bonnie and Clyde” at their show in Cologne, Germany just a few days before the tour hit Italy. Beyonce appears to rub her belly at several points during the song while out on a catwalk by herself (the walk begins at about the 3:00 mark):

Additionally, here’s a near-full-body shot of Beyonce getting out of a car at the Warsaw airport with Jay-Z on June 29th, en route to the next day’s concert before nearly 60,000 fans at the city’s National Stadium. Bey’s blousy outfits have been getting extra attention of late, thanks to all the pregnancy gossip — and in the image below she’s (theatrical gasp) got both hands clasped across her tummy as if to keep a growing fetus at bay: 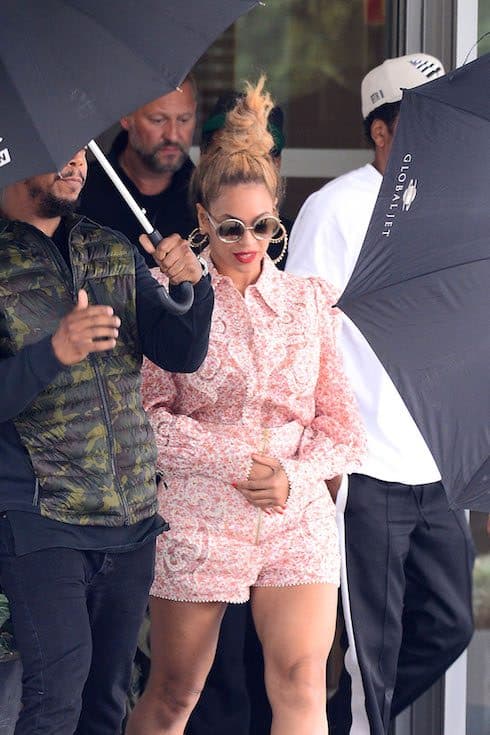 But what does it all mean? Is it just a shimmy? Is it a coded message to fans? Let’s speculate into the wee hours!

This part of celebrity blogging — the reading-the-tea-leaves-of-body-language part — can be the most tedious, since it hinges even more than normal on your basic “A lot of people are saying”-type speculation. Which can all too easily become a self-fulfilling prophecy: If you say a lot of people are saying something enough, enough people will start saying it that it becomes true. It’s an eye-rollingly obvious way to get attention, one that (if you hadn’t noticed) has been used to absurd lengths in American politics over the past few years.

That said: the rules of tedium rarely apply to Beyonce, and especially to Beyonce pregnancy rumors, so gossip with impunity!

Are Kendall Jenner and Lewis Hamilton a couple?