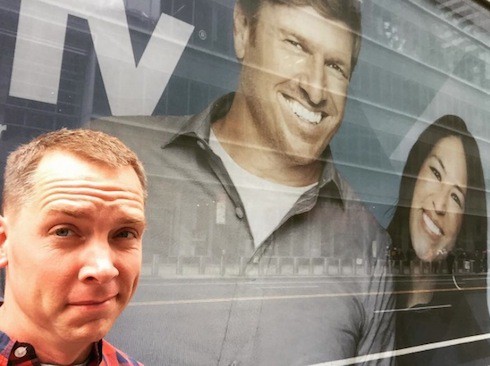 How old is Clint Harp? How did he get started in the woodworking trade? How big is his family? And is he getting his own show? The Fixer Upper mainstay and craftsman extraordinaire has a brand-new pilot, Against The Grain, which airs tonight on HGTV. Though an entire series hasn’t yet been confirmed, Clint says he’s astonished to have made it as far as he has in such a short time–especially since had a completely different life only a few years ago. 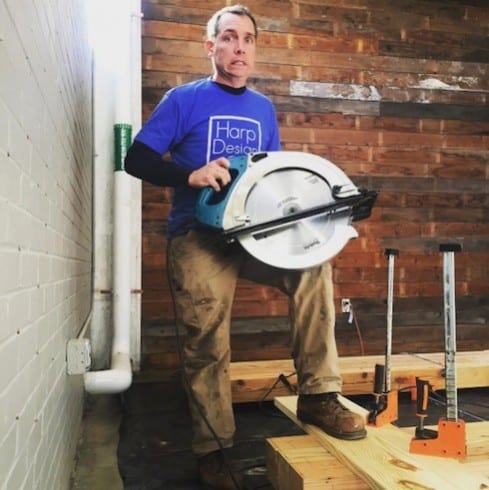 Has Clint always been a woodworker? Is he a Waco native? (And how old is Clint Harp?)

Clint, 38, has always had a passion for woodworking, but it was not his career until very recently. And, when Clint did throw caution to the reckless wind and decide to go into carpentry full-time, it was hardly a smooth transition. In fact, a 2013 Waco Tribune feature on Harp Design Company called Clint’s early years a “struggle.” Clint had a “high paying job” in medical equipment sales, and he and his family were living the high life in Houston…but something wasn’t right.

“I really wanted to do something that I have a passion for,” he recently told the Austin American-Statesman. “I was living my life one way doing the sales thing, which was fine, but I didn’t feel like myself….[And] the only way it was going to happen is if I completely went for it,” he says. “I quit my job and jumped off a cliff.”

At the same time, Clint’s wife was set to begin graduate school at Baylor University, so the couple packed up and moved from a four-bedroom Houston home to a two-bedroom Waco apartment. Clint hit up construction sites and scrounged through dumpsters, looking for spare wood he could turn into furniture. There was little work, though, and things were desperate… 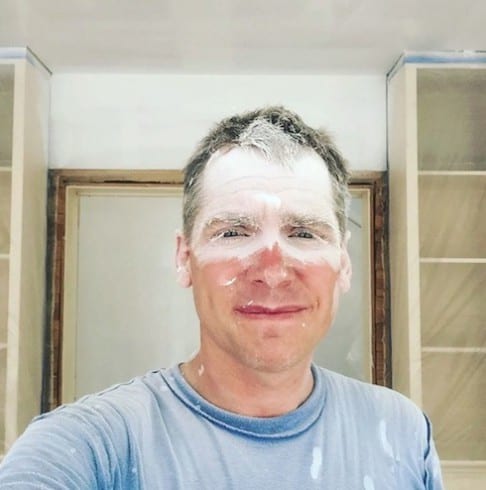 Is Clint Harp’s house a Chip and Joanna Gaines special? Was he on Fixer Upper?

…until Clint happened to meet a man named Chipper Gaines, and asked if Magnolia Homes needed any carpentry help. According to the American-Statesman, “Gaines and Harp spent three hours driving around Waco, and then Gaines invited the Harps for dinner a few nights later. There, the Harps met Chip Gaines’ wife, Joanna, who was selling some home-decor pieces out of her home and looking to add more, including furniture.” Shortly thereafter, Clint rented out an old Habitat For Humanity woodshop, and, with a steady client backing him, hung out his shingle.

After that relationship blossomed, it wasn’t long before Clint was featured on Fixer Upper–the “15th Street Story” episode has become one of the show’s most beloved, thanks in part to Clint’s status as a Fixer Upper fan favorite and because he and his family’s home, nicknamed “The Beast,” was one of the most elaborate in the show’s history. The original house was, to put it gently, a total wreck, and came complete with bullet holes! Needless to say, it did not look that way once Chip and Joanna were through with it. (Click here for the official Magnolia Homes photo gallery & blog feature on Chip and Kelly’s house.) 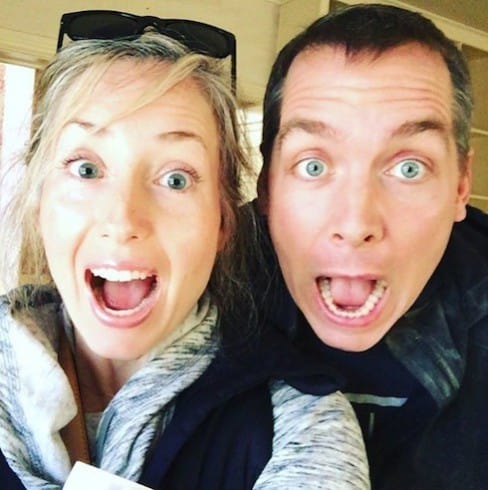 Who is Clint Harp’s wife? Do they have children?

Clint and Kelly Harp are, at this point, probably just as well-known for their steady stream of adorable social media updates as they are for being the owners and operators of Harp Design. You can check them out for yourself: Here are Clint’s Instagram and Twitter accounts, and here’s Kelly’s Instagram page.

In addition to those, here’s a solo photo of Kelly Harp, being amazed by an amazing-looking cookie… 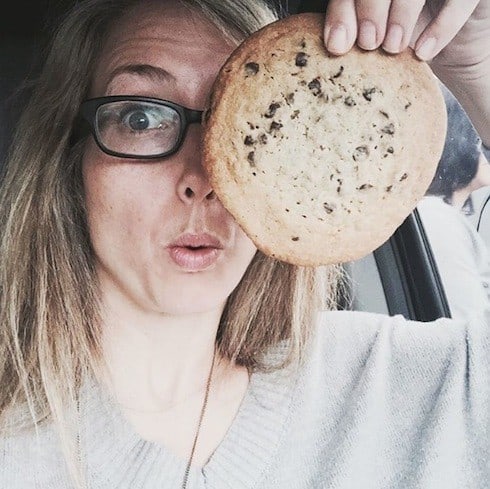 …and here’s one of Clint, Kelly, and their brood. Their children are, from left to right Holland, Camille, and Hudson (“Hud”): 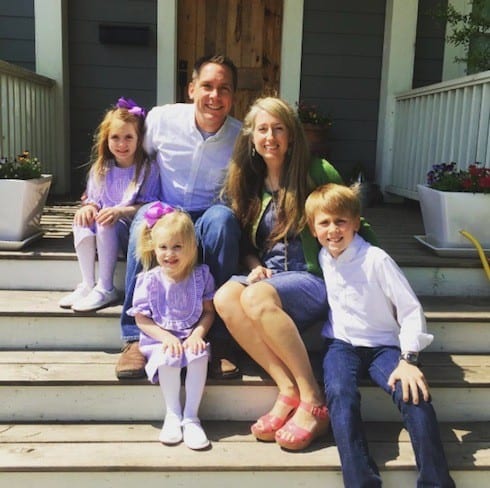 Is there a Clint Harp TV show? Does he have his own  Fixer Upper spin-off? When can I watch it?

Technically, the answer to the first two questions is “Yes” and “No.” Clint does have a pilot episode of a Harp-centered Fixer Upper spin-off, called Against the Grain. However, the show hasn’t yet been picked up by either HGTV or DIY, so the pilot will air tonight. If you’re a fan of Fixer Upper, woodworking, super-cute families, or just Texas in general, you’ll want to tune in.

The Against the Grain pilot airs Tuesday, June 14th, at 9:30 PM on DIY Network.

(Photo credits: How old is Clint Harp via Instagram)