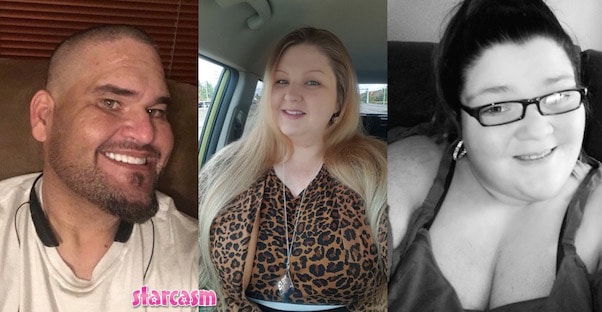 According to court documents obtained by Starcasm, the legal team defending My 600 Lb Life‘s producers has filed formal petitions to dismiss the gross negligence suits brought by Season 6 cast member David Bolton, Season 7’s Maja Radanovic, and Season 8 participant Gina Krasley. In addition to the terms the company says its cast members agreed to upon filming their episodes, Megalomedia’s request is based on the argument that verbal changes to that contract do not overrule the original.

What does the My 600 Lb Life lawsuit update say?

We’ll start with some of the just-revealed terms of Bolton, Radanovic, and Krasley’s contracts. According to the motion to dismiss, Megalomedia is essentially protected from any lawsuit that any My 600 Lb Life cast member may want to file, because, according to Megalomedia, cast members are required to sign that right away before production can begin.

Here’s the first reveal of such language, in the “Factual Background” section of the My 600 Lb Life lawsuit update pertaining to all three dismissal motions:

It would seem that the question would then become whether a contract that requires a signee to foresake the right of legal recourse is itself legal in the first place. And it seems fair to point out that a My 600 Lb Life cast member at the beginning of a weight loss journey is far more likely to sign something out of desperation — and, given the situations viewers have seen on the show, far less likely to be able to afford running the contract by a lawyer before signing.

Immediately after that section, the motion addresses allegations that Megalomedia producers made informal agreements with cast members about paying any and all medical bills. Starcasm broke the story of seven of the eight suing cast members making similar claims about broken promises related to medical payment; of those seven, three cast members — Dottie Perkins, Nicole Lewis, and Annjeanette Whaley — have used the claims to sue for fraud.

But according to Megalomedia’s lawyers, any such promises wouldn’t have superseded the aforementioned contract, which makes no such promise and which must be amended in writing. From the legal docs:

The Agreement also includes an integration clause, which provides both (1) that the Agreement supersedes “all prior communications and agreements, written or oral, express or implied,” and (2) that the Agreement may be modified only “by an instrument in writing signed by all parties.” Finally, the Agreement expressly provides that Plaintiff will be responsible for procuring his own health insurance to cover any medical expenses incurred in connection with the Plaintiff’s participation in the Program and that “MEGALOMEDIA CANNOT AND WILL NOT TAKE RESPONSIBILITY FOR [PLAINTIFF’S] MEDICAL BILLS.

It’s worth pointing out that that defense doesn’t necessarily protect from the fraud claims some of the cast members are making. Hypothetically, a field producer could tell a cast member Megalomedia will pay for something in exchange for more filming, then face no legal consequences as long as there’s not any record of the original promise. (Jeanne Covey’s lawsuit goes into more detail about how such a promise was allegedly made and then broken.)

So, if you’re Tony Buzbee, the attorney handling all the My 600 Lb Life lawsuits for the cast, you want as many jury trials as possible, in order to extract as much doubtful and damning testimony from My 600 Lb Life‘s producers as possible.

PHOTOS Diana Bunch, radiant as ever, checks in with a new My 600 Lb Life update