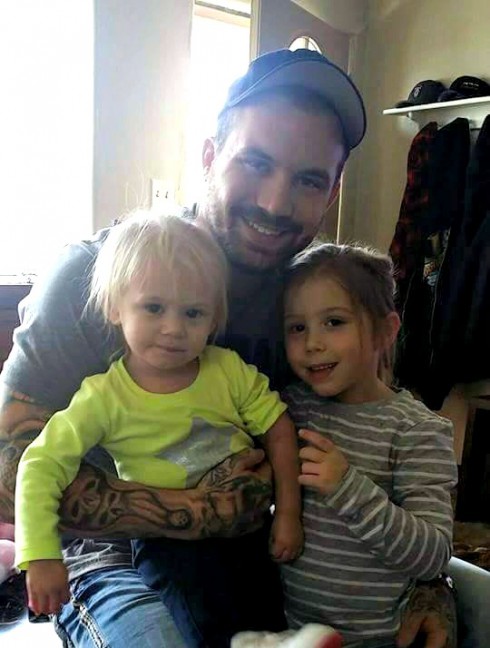 After staying out of jail for an impressive (for his standards) three and a half months, Teen Mom 2‘s Adam Lind found himself back behind bars yesterday after being arrested on a warrant for Failure to Appear in Lincoln County, South Dakota.

We confirmed with the Lincoln County Sheriff’s Department that Adam was arrested Monday, March 23rd. “He posted bond in the amount of $849.41 cash and was released,” a department rep said in a statement.

UPDATE – We’ve since learned that Adam’s arrest came right after a court appearance with Chelsea in which Adam was asking for unsupervised visitation with Aubree. We have a source that reveals the judge denied Adam’s request, which means he can still only have supervised visitation with his parents present. “At the end the judge told him he had a warrant for his arrest, and he was arrested then and there,” says our source. Apparently the warrant was a surprise to everyone present, including Adam, who was reportedly quite irate.

We spoke with a source close to Adam who tells us his failure to appear stems from past due child support, although we were unable to determine if it was Aubree, the daughter he shares with Chelsea Houska, and/or for Paislee, his daughter with Taylor Halbur. As far as we knew, Taylor is the only one actively petitioning for him to pay child support: She reportedly filed paperwork with the South Dakota Department of Social Services in October 2014 to make Adam pay his requested child support.

“Originally, the court had requested that Adam pay $550 a month, but Taylor never saw that money,” a source said at the time. “Adam only sees Paislee a few days a month at most and now Paislee has more needs. It would be nice of Adam to put in some help because she is his daughter, too.”

Adam responded by taking Taylor to court to ask for more custody of Paislee.

“It shouldn’t even come down to me paying someone to serve her with papers to see my child… But such is life… Wish me luck ppl,” he said in February. “I will be getting my kids.”