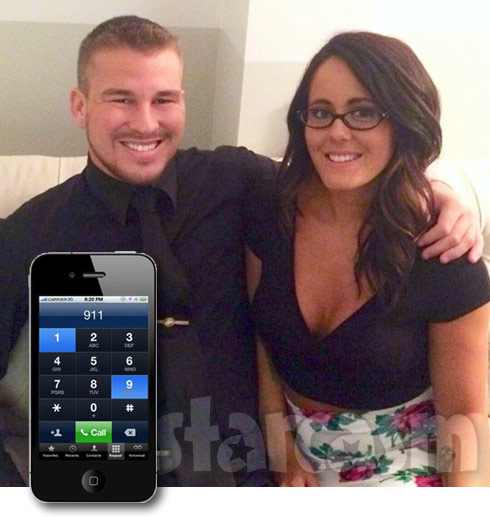 The 911 calls placed by Teen Mom 2 star Jenelle Evans as well as an MTV crew member during the incident on March 4 that eventually led to Nathan Griffith’s arrest for criminal domestic violence have been released.

Here’s the audio (sorry, it’s set to autoplay) followed by a transcript of both conversations:

Are they both there — you’re both together now?

And what’s your name?

OK, they have somebody in route to you. Somebody’s already called.

They have an officer coming to you because somebody has already called.

OPERATOR: 911, do you have an emergency?

[The 911 operator confirms the address.]

OK, and where is that at honey?

OK, and are you involved, or…

[Yelling can be heard in the background]

What’s going on out there?

We are filming with a talent and the couple is fighting. Please send the police right away.

OK, you are filming with what?

We’re filming with a talent.

And the husband — the fiancé is physically abusing his girlfriend.

Are they involved in the talent show? Or talent, or whatever you’re filming?

Do you know what their names are honey?

OK. Is he still there honey?

Yes, they are still there. They’re inside.

OK. Do they have any weapons?

I honestly don’t know. We were locked out of the house when we heard her screaming, saying “Get off of me! Get off of me!

OK baby, I’ve got somebody on the way, OK?

Jenelle Evans’ sister admits that her abuse photo was fake!