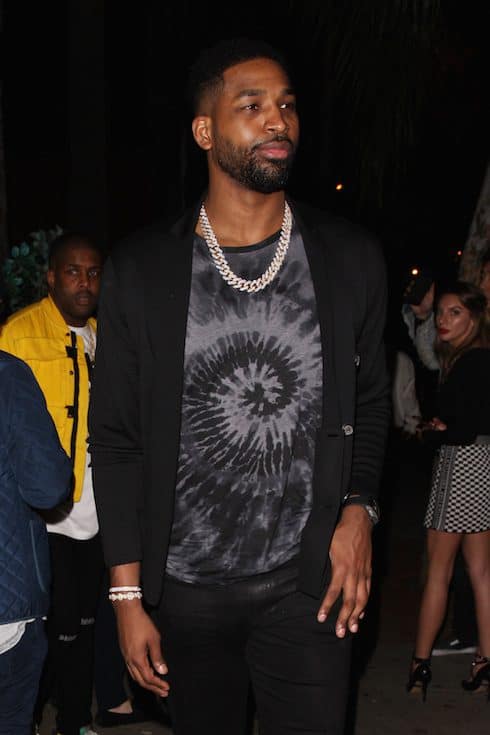 This is without question our favorite bit of Kardashian family gossip since the time Khloe was allegedly planning to induce labor during the NBA All-Star Game. By now, the world knows about Tristan’s dalliances behind Khloe’s back during her pregnancy with True. But did Tristan Thompson cheat with Khloe Kardashian while his first baby mama Jordan Craig was pregnant with her and Tristan’s baby boy Prince?

In case you’ve forgotten the details of Khloe and Tristan’s earliest days together, here’s a quick refresher. The two were first spotted in public being flirty and together-ish during a group house hunting outing in Beverly Hills over Labor Day weekend 2016.

At the time, it was suggested that the two had known each other at least casually before the pseudo-date, and generally assumed that they had begun seeing each other / hooking up / wearing sweatpants in late August.

By the middle of September, the two were officially an unofficial item. They had spent hardly any time apart over those two weeks: first came a high-profile dinner date at Nobu’s Malibu location; then the two were off to Cabo for a jetski vacation; then they were spotted hanging out in Miami for several days. Below is a photo of Khloe and Tristan during the Miami leg of their initial courtship; it was one of the first pics of the two of them together to go public: 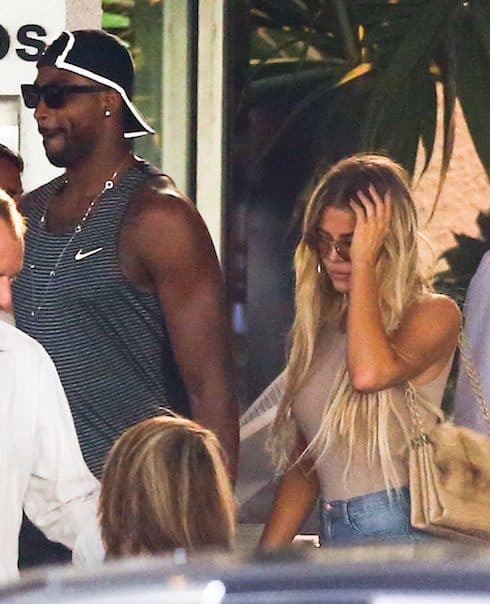 This whole line of thinking about Khloe and Tristan got some new life breathed into it when Khloe decided to engage with a Twitter hater during last week’s episode of Keeping Up With The Kardashians, in which the show’s timeline finally caught up to the real-life cheating reveal. The follower claimed that Khloe and Tristan had been rubbing their new relationship in Jordan’s face by arranging for a paparazzi shoot the day Tristan’s first baby mama gave birth.

Here’s the string of tweets between the two: 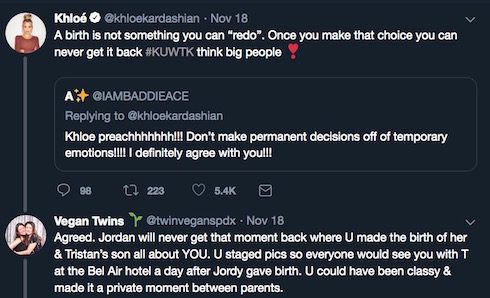 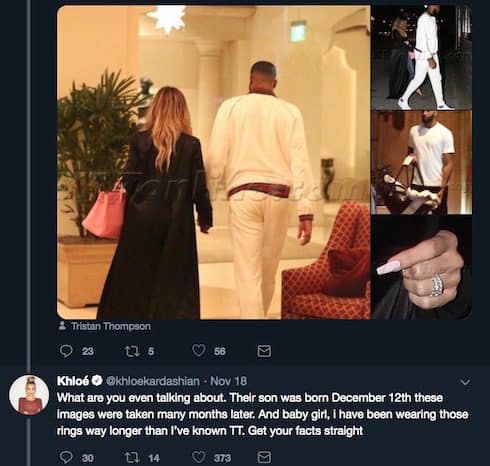 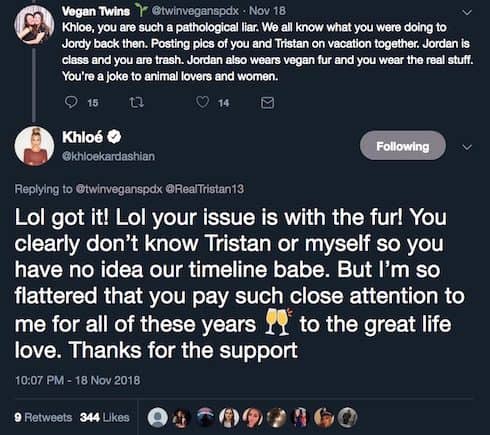 So did Tristan Thompson cheat with Khloe Kardashian? As Khloe says in the tweets above, Jordan Craig did indeed give birth to her son Prince on December 12th, 2016. Jordan therefore got pregnant well before Tristan and Khloe got together. But it’s unclear when Jordan and Tristan called it quits.

And it’s almost as difficult to figure out when Khloe and Tristan *got* together as it is to divine whether they’ll stay together. Two weeks ago, the trauma of the California wildfires had allegedly brought them closer; a month ago, they were said to be on the verge of a hard split.

Plus, we still haven’t found out any more details about Khloe’s alleged post-pregnancy revenge fling with her former flame French Montana. And if there is anything to be found, Khloe’s supposedly evolving wedding plans with Tristan will likely kill the story — that is, unless Kris Jenner can find a way to profit off of it going public. In which case, look for a People exclusive whenever KUWTK has its next season premiere.

The Bachelorette‘s “Brokeback Bachelors” aren’t really gay, but do enjoy showering together