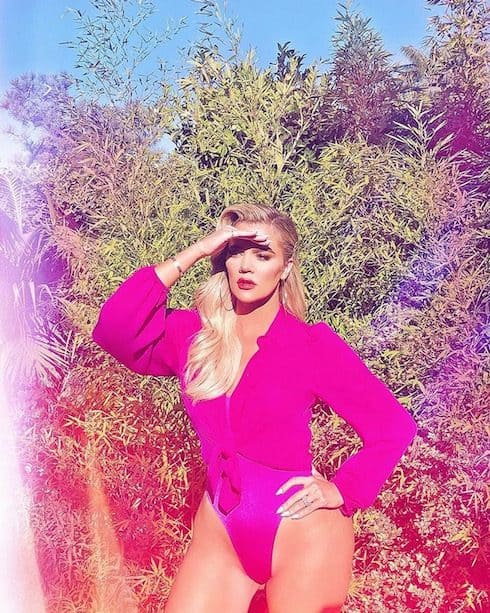 However you might have managed to tune out all news related to Khloe Kardashian and Tristan Thompson since the day news of his serial infidelity broke this past April. On the off-chance that’s the case, here’s a quick rundown of the most recent allegations. By late summer, Khloe was planning on moving back to Cleveland to be with Tristan during the NBA season, and their marriage planning was said to be back on.

But by early October, it looked like Tristan’s reps were trying to get ahead of another cheating story by serving as anonymous sources for a series of articles about how easy it would be for him to get laid while on the road, since beautiful women can’t stop throwing themselves at him. And just a couple of weeks ago, there was a fresh round of gossip alleging that Khloe had slept with her old flame French Montana not long after she gave birth to daughter True, both for comfort and simple revenge on her baby daddy.

So! It’s been kind of an up-and-down year for the two of them, to say the least. Which is a big part of why the latest from People feels almost like a relief. Their anonymous source doesn’t straight-up confirm Khloe and Tristan done. But the source does do everything short of jump for joy at the idea.

Khloe “very much seems over Tristan,” the source says. “Not sure how they went from fine to being apart for weeks, but Khloé is doing great….It doesn’t seem to bother her that she isn’t with Tristan in Cleveland. She seems to know what she wants in her life right now. And it definitely doesn’t seem like she wants to be with Tristan.”

OK, but to play devil’s advocate for a minute: couldn’t Khloe just be happy that she’s not in Cleveland right now? We’re talking about a woman who was born and raised in Southern California, where the weather is perfect 97% of the time and the hellstorm forest fires that make up the other 3% are just an inconvenience for someone as wealthy as Khloe is. Moving back to Cleveland in October is like marching your troops into Russia at the end of summer.

In Touch, by contrast, found a source willing to go even harder in the same direction. “Khloe,” says that source, “has known for a long time that it’s over with Tristan.” Apparently she’s been “too afraid to admit it” because she doesn’t want to be a single mom “and lose the family life she’s always yearned for.”

This sounds a bit sketchy. For one thing, Khloe has always been surrounded by family; for another, staying in LA, whether or not she stays with Tristan, means she’ll have the full Kardashian-Jenner clan around all the time. But the real thrust of In Touch’s article is the hint of a custody battle on the horizon: “Tristan adores his daughter and wants to be near her, and has told [Khloe] he’ll fight for custody if he has to.”

No other outlets are at that stage of Khloe and Tristan’s gossip cycle yet, so it’s likely In Touch is just trying to get ahead in the game. And if Khloe does want to end things with Tristan, waiting until the NBA season was underway to do it was a smart move. As we’ve pointed out several times during this saga, it seems Khloe’s defining motivation here is that she not look like a fool. Plenty of observers and Kardashian-haters already thought of Khloe that way, thanks to Lamar Odom; but plenty more don’t, and the first-time mother has ample motivation to keep it that way.