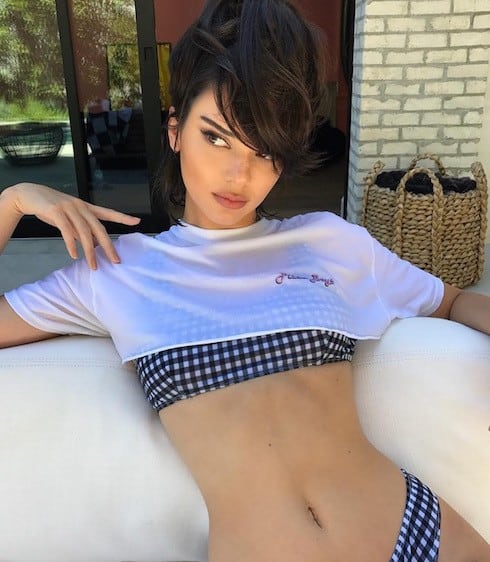 Last week, we were treated to rumors that Kendall Jenner may have become the latest Kardashian family member to fall for an NBA player–and a genuine star, no less. Kendall and Blake Griffin, of the Los Angeles Clippers, were spotted hanging out together at a Hollywood club and then leaving the club together in secret. At the time, this was basically an eyebrow-raiser and nothing more: Griffin and his girlfriend are in a committed relationship and have two children together; Kendall is 21 and subject to flights of fancy.

Now, though, prepare yourself for a late summer gossip frenzy, because Kendall and Blake Griffin have been spotted out together a second time in less than a week. TMZ was the first on the scene with the scoop, which alleges that, last night, the two “grabbed dinner at Craig’s,” in West Hollywood. (Devotées will recall that Craig’s is also where Kourtney Kardashian and Quincy Jones had a possibly romantic dinner together on the DL a few months ago.)

The two of them arrived separately, and Hollywood Life has it on good authority that they left that way, too, in black limos. And it would appear that they both wore sweatpants and T-shirts–the classic post-sex, pre-shower outfit–to the meal, which certainly suggests either a super-chill friendship or a day spent engaged in some high-octane boning. (This would also mean Craig’s is to post-coital celebrities as Waffle House is to “normal” twenty-somethings.)

Now, of course, speculation is also focused on whether Kendall is still dating A$AP Rocky, or whether she’s moved on with Blake. The New York Daily News points out that Kendall and A$AP never quite made things official, despite his grabbing Kendall’s ass and calling her his girlfriend at last year’s Met Gala.