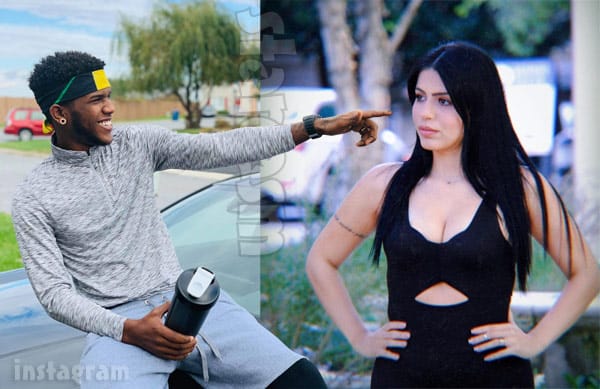 There continues to be more off-screen drama during this season of 90 Day Fiance than there is on screen, and controversial couple Colt Johnson and Larissa Dos Santos Lima remain at the center of it. In the latest social media fracas, Ashley Martson’s Jamaican fiancé Jay attacks Larissa after she apparently blocked him and Ashley on Instagram. And Jay pulled ZERO punches!

“Larissa blocked me and Ash…” Jay begins a text graphic posted to his Instagram story moments ago. “I guess after seeing us with Ashley’s kids non stop she couldn’t handle the fact she can’t even take care of hers,” he adds, referencing the story that broke last week revealing that Larissa has at least two children still in Brazil. “Poor excuse of a woman.”

As far as the reference to Ashley’s children, they were celebrating the 11th birthday of her oldest daughter Roxy this weekend, and Ashley posted numerous photos and videos on social media. (Ashley has stated that she does not want her children on the show, and in all of the photos and videos, Roxy’s face cannot be seen.)

Jay wraps up his Larissa derision by referencing her two arrests for domestic battery this year and openly hoping that they result in Larissa being forced to return to Brazil. “I hope your ass gets deported with your domestic violence stupideeee ass!” he concluded, making fun of Larissa’s trademark accent.

Larissa, who seems to live out her days posting to her Instagram stream, has yet to respond to Jay’s harsh diss. She did reference the cast in general, however. A follower asked her: “Do you get along with the other couples on the show?” Larissa’s response:

I don’t care about people until they care about me. What it means? I try to live my life and fix my problems. All problems that they have against me are not my problems, are their problems. I’m living my life.

So what do you think, was Jay’s response to being blocked by Larissa merited, or was it an overreaction?