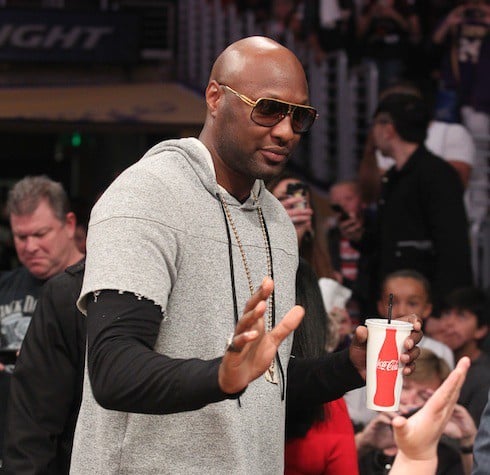 Nearly a year after the drug overdose and seizure that nearly killed him, Lamar Odom appears to be getting worse. Those close to Lamar are concerned that he’s “spiraling out of control” and his drug use is accelerating, despite recent rumors to the contrary. However, one member of Lamar’s family who seems to be done with the whole situation is estranged wife Khloe Kardashian, who’s allegedly moved on with a new NBA beau.

A new Inquisitr dispatch lists the numerous instances of Lamar’s public drug use over the past week as proof that Odom, 36, is losing his battle with addiction. Lamar’s “hard-partying” ways include public marijuana use during a trip to see his cousin in Rhode Island last week, which shocked onlookers. “I looked out my window and couldn’t believe it,” said one observer. “Lamar Odom was standing nearby getting high. Anyone within 50 feet of him could smell the pot, he wasn’t try to hide it at all.” A second recent instance included “off the wagon” behavior during a rowdy night at a strip club in Queens; in addition, Lamar’s drunken argument on a recent Delta flight–one he was eventually thrown off of–was mentioned. 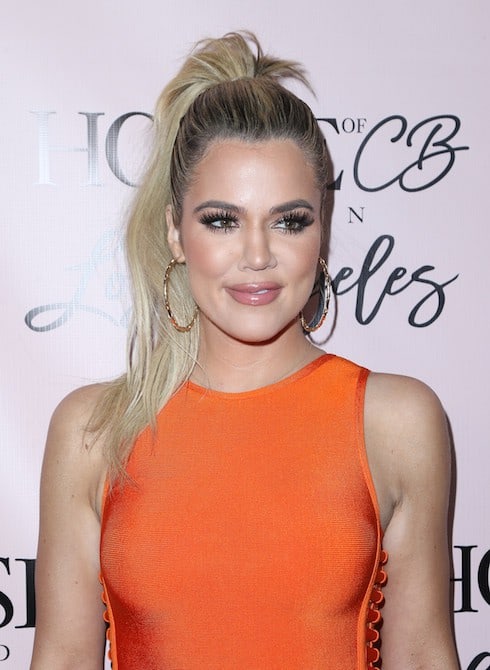 Khloe, for her part, appears to have made a strange sort of peace with Lamar’s behavior. She was said to have “prepared herself for the end” last month, when Lamar was reported to be just a few weeks away from organ failure and death. Khloe also discussed her husband’s addiction on a recent episode of Keeping Up With The Kardashians: “There’s only one outcome” for someone with Lamar’s problems, she told Kim Kardashian, in a frank heart-to-heart. The general gist of the conversation? Lamar “could accidentally die at any time,” and, if that realization didn’t sober him up, Khloe isn’t sure she would be able to, either.

Which might be why Khloe may have decided to move on. She’s dipped her toes into the NBA’s pool once more, and appears to be developing a romantic entanglement with Cleveland Cavaliers forward Tristan Thompson. The pair were spotted together at a Beverly Hills mansion as part of a group house hunt, but onlookers and other members of the group reported quite the connection. And, following the group outing, the two were spotted together at noted West Hollywood nightspot Bootsy Bellows, after having arrived separately.

Thompson, 25, would be the second-tallest man Khloe has dated: at 6′ 9″, he’s an inch shorter than Lamar Odom, but four inches taller than the comparatively diminutive James Harden.

(Photo credits: Did Lamar Odom have a stroke via WENN.com)