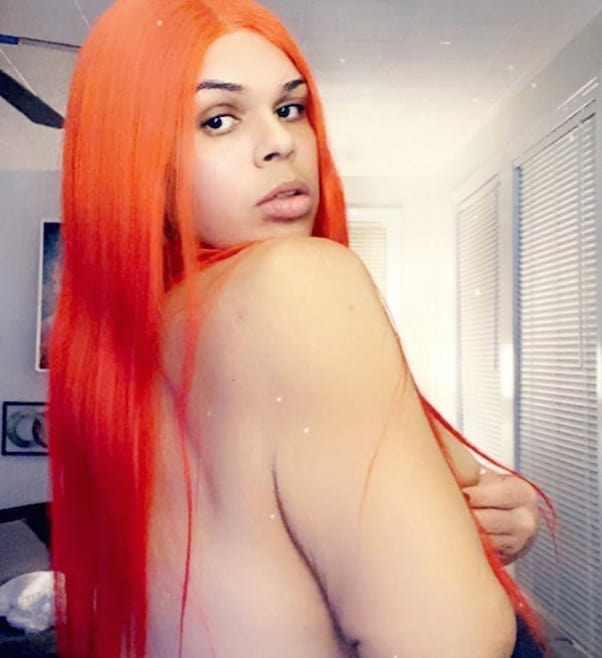 Destinee Lashaee has a warning for any and all former lovers who try to cross her! The My 600 Lb Life star, whose lawsuit against production company Megalomedia is ongoing, appears to be claiming she’s got a bevy of sex tapes of herself and potentially scores of male lovers. And the implication seems to be that those lovers want things kept on the DL. But what is Destinee Lashaee now going to do with the tapes?

Destinee has been one of the most outspoken members of the My 600 Lb Life cast ever since viewers first met her in the spring of 2019. The show’s second-ever transgender cast member, Destinee was born Matthew Ventress, but came out as a teenager and began living as a woman just a few years later. She began her weight loss journey at 669 pounds, lost 229 during her first year of filming, and hasn’t looked back since.

Which brings us to Destinee Lashaee now, and the status update that seemingly came out of nowhere. Earlier this week, Destinee suggested to her thousands of social media followers that someone had tried to take advantage of her — but that Destinee had enough tea on their relationship to make the unnamed person think twice.

“N!ggas thought they played me,” Destinee began. “But when that video come out of u taking this big [eggplant] who gone feel stupid then don’t ever play with me f*ck Boy.” 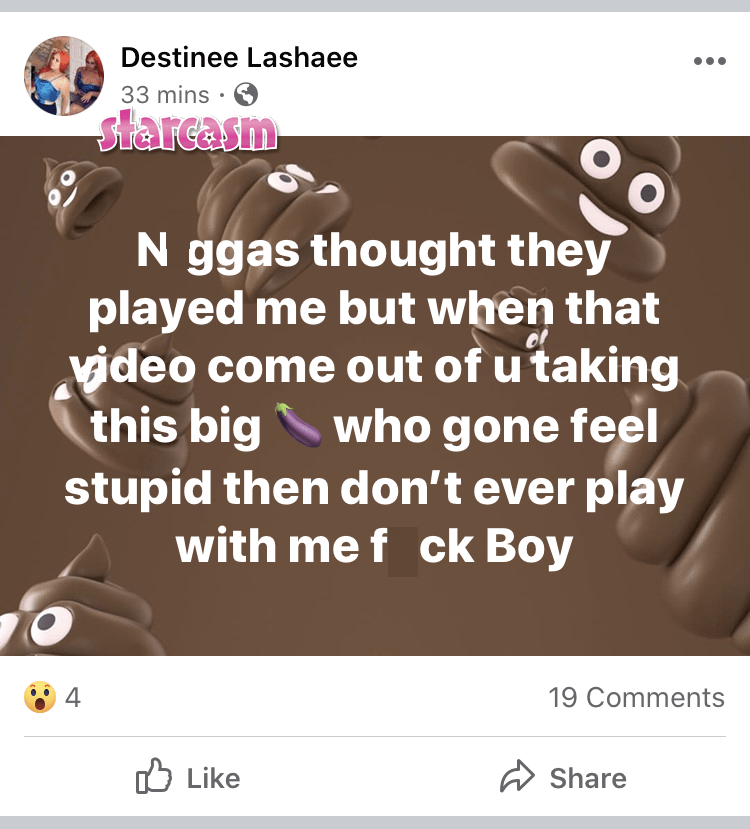 As you might expect, Destinee continued with her words of warning in the comments. Though she never revealed exactly who’d done her wrong (or what the person in question had done), Destinee again appeared to suggest she’s got plenty sex tapes, photos of sexy doins, or both — and that anyone who counts her as a former lover should be very careful when thinking about crossing her: 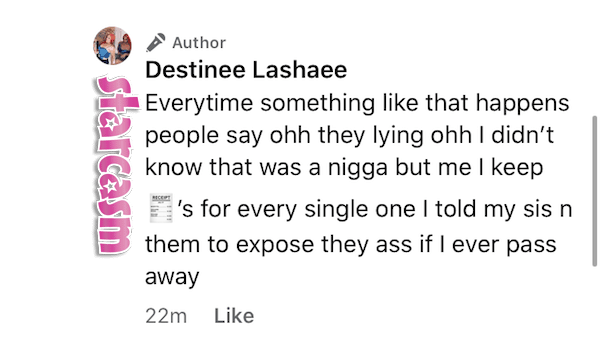 “Everytime something like that happens,” Destinee wrote in one comment, “people say ohh they lying off I didn’t know that was a n!gga. But me I keep [receipts] for every single one I told my sis n them to expose they ass if I ever pass away.”

Then, in a separate exchange under the initial post, Destinee Lashaee now reiterated her earlier claims, but implied that there may be some big names on her list.

“We gone need fbi swat secret agents cia bomb squad every f*cking body out here if this list ever get out,” Destinee wrote, in response to a friend offering her own support. “Yaah mouths will drop to the floor n like I said you wouldn’t believe it.” 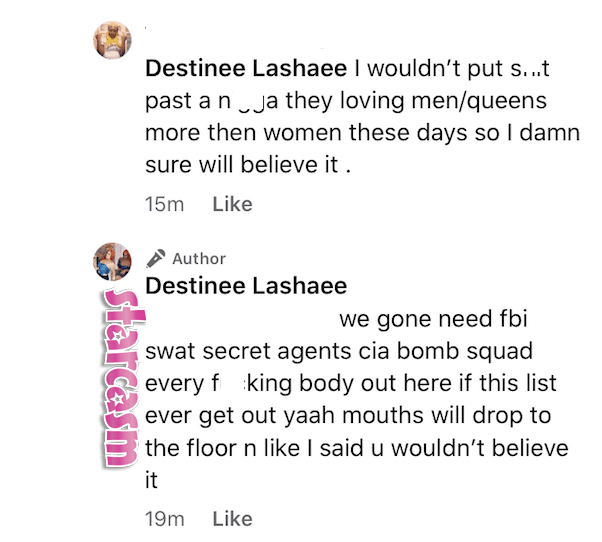 Why is Kim Kardashian so famous? Does she deserve it?