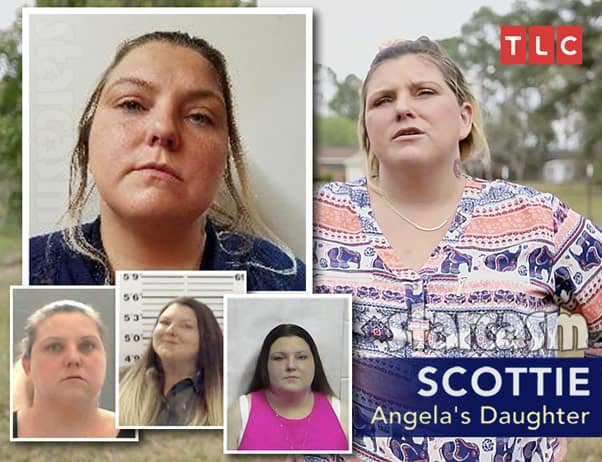 Scottie Deem, the daughter of 90 Day Fiance and Before the 90 Days star Angela Deem, has been released from prison after serving 15 months for multiple child molestation convictions. The 35-year-old received three 20-year prison sentences to be served concurrently after pleading guilty to three counts of child molestation in early 2019.

According to prison records, Scottie was released on parole on May 6. It was previously reported that Scottie would be getting out extremely early, but those reports indicated that she would be serving at least two years and one day. As a result, Scottie’s release after just one year and three months went completely under the radar.

Awareness of Scottie’s release came after she shared a video on Instagram showing support for the #BlackLivesMatter movement:

The grandmother of the boy reported the allegations against Scottie to police in September of 2017. According to the initial police report, the grandmother told police that “Scottie Deem, a good friend of the family, had Juvenile [name redacted] at her home while her boyfriend was out of town. While the Juvenile [redacted] was there with her and her children, Ms. Deem had sexual intercourse with Juvenile [redacted]. This incident happened two to three times at Ms. Deem’s home.”

As part of a plea deal, Scottie would eventually plead guilty to three counts of child molestation. She was sentenced to 20 years in prison for each count, but was allowed to serve the terms consecutively.

Representatives from the Jeff Davis County District Attorney’s Office and the court later stated that Scottie would only be serving two years and one day of her 20-year sentence and would spend the remainder of her sentence on probation.

I assumed that meant Scottie would remain on probation until 20 years after her prison sentence began, but prison records indicate that her “Parole End Date” is January 31, 2021.

On May 7, Scottie Deem was added to the sex offender registry in Georgia.