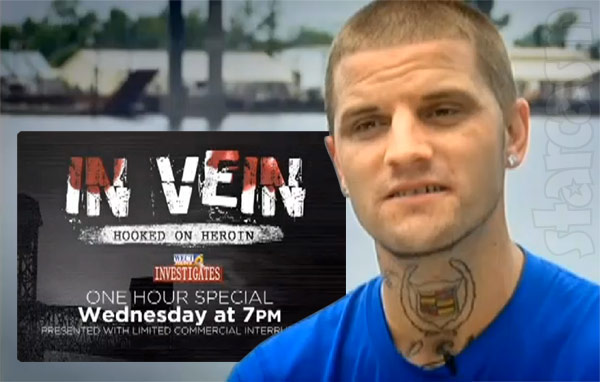 It’s been just over one year since Jenelle Evans’ ex-husband Courtland Rogers was released from prison after serving more than three months behind bars. Courtland’s issues with drug addiction are well-known, but since getting out of prison, the 29-year-old former reality star has sobered up, relocated to Florida, and reunited with his daughter Jordan.

In addition to professing his sobriety on social media, Courtland has returned to the small screen by participating in a documentary about the growing heroin epidemic in America titled “In Vein: Hooked On Heroin.” The one-hour special report was put together by Wilmington, North Carolina TV station WECT and premieres Wednesday night at 7PM. Here is a preview clip featuring Courtland:

“Heroin is the new crack for this area,” says an officer in the clip. Then, Courtland reveals, “I’m not exaggerating when I say that — 110 people I could go to right now and buy heroin from in this town.” After WECT shared the preview clip, Courtland tweeted about the experience by writing, “if y’all only knew how thankful I am to have been given the chance to spill my heart in this documentary.”

And it appears that Courtland may be sharing a bit of his back story, including his relationship with one of the most famous (and controversial) reality stars on the planet. Last week he tweeted, “What it was like to be married to a teen mom …. Coming soon

” Courtland has been keeping things positive on his Twitter feed for the last year, often expressing his joy at being sober, and regret for the time lost being addicted to drugs.

As mentioned above, Courtland has been reunited with his daughter Jordan (aka JaJa) — which is big news given that less than a year ago he issued a public plea for help in locating her after her mother relocated and would not tell Courtland where they were.

And, speaking of Courtland being a dad, it looks as though that might be happening again! Courtland shared the news back in July. “Found out our baby will b due some time between Dec.19-25,” he tweeted. “Almost goin 2 be a New Years baby 😉 but Christmas sounds just fine 2 me.”

A shocked follower responded with “wait what? Who’s baby???” “MY baby ;)” Courtland wrote, before clarifying, “well ours but the mom doesn’t wanna b in any media stuff so Ima respect my soon to b baby momma.”

Here is a photo of Courtland and his “soon to b baby momma” Jessica: 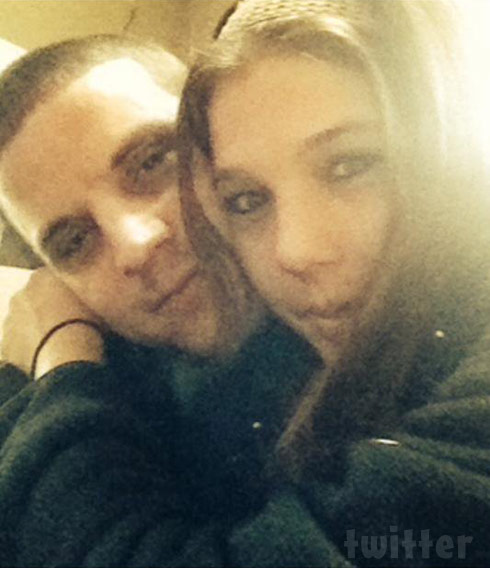 Courtland also revealed that he and his new mother to be knew each other well before Jenelle came along. “For the record I loved Jess WAY BEFORE jenelle came into the land of court,” he tweeted. “QUIT HATIN SMH.” Jessica has a son from a previous relationship, but Courtland says he gets along great with her ex. Or is he her ex? “Yes me & Jess were a couple when she got preg #’s don’t lie,” Courtland tweeted, “and yes her and her baby daddy love each other I

Taylor soo.” (Taylor is the mother of Courtland’s daughter Jordan.)

Jessica was on Twitter for a short period, but left before the sex of their baby was revealed. She did share a photo of her baby bump, though: 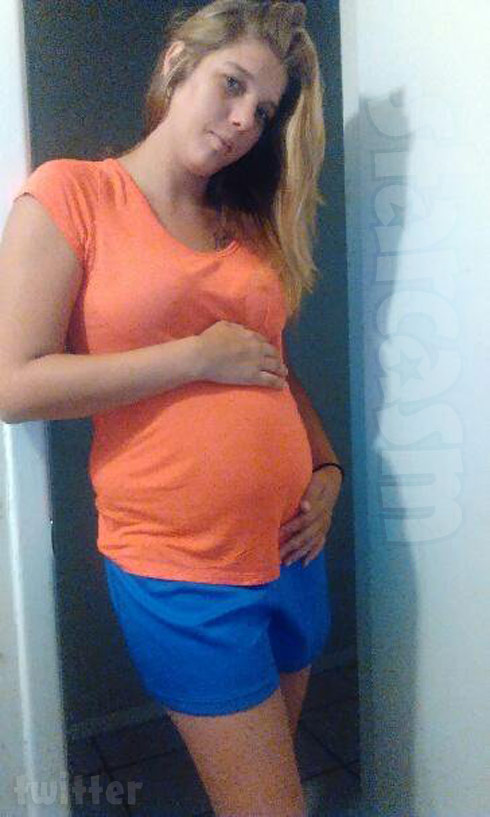 One thing you can’t see in the photo is that she is wearing a police ankle bracelet. Jessica points out that “Unlike most people in Brunswick county my anklet is not criminal,” adding, “I have no drug charges.”

OK, back to Courtland’s sobriety! Here are some of his positive tweets over the last few months: 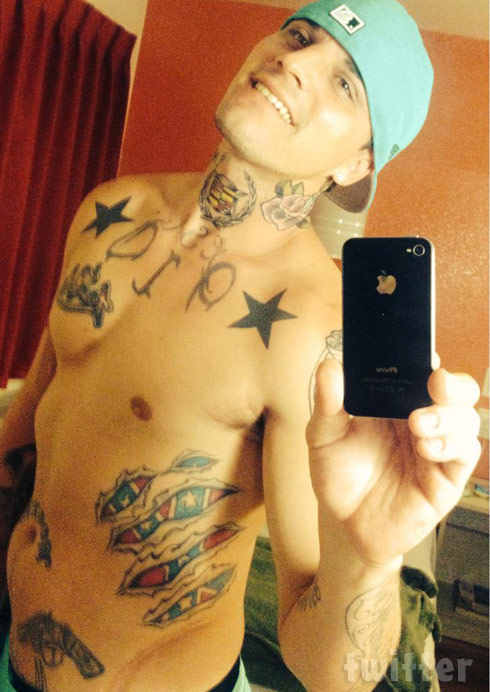 August 16 It’s what u do when nobody’s lookin that counts. Life isn’t always easy but it’s getting through the hard times that make u a better person

September 28 I have struggled with addiction my whole life and this year I have overcome the feel.. I have gained my life back and I have conquered drugs

Congratulations to Courtland on getting clean and staying clean! WECT’s “In Vein: Hooked On Heroin” special airs Wednesday night at 7PM. For those not in the station’s viewing area, I assume they will eventually make the special available online.