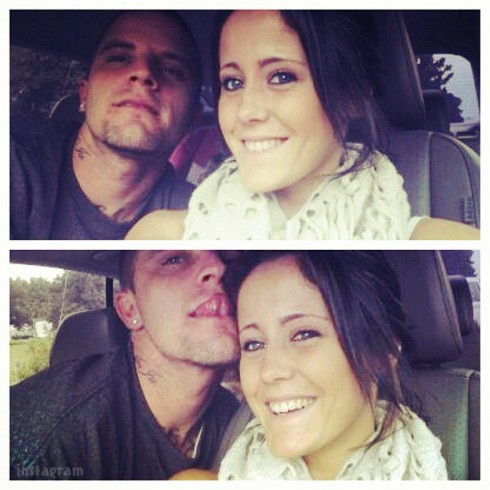 Teen Mom 2 star Jenelle Evans’ romantic woes continue. The 20-year-old is back on the market after breaking things off with her boyfriend of just over two weeks Courtland Rogers late last night.

Jenelle wrote, “I’m single once again. I ended things and didn’t think things were working out between me and Courtland. I rather not go into any detail why but I’m happy with this decision.”

Later a fan was tweeting to Kieffer Delp’s mom (yeah, it’s always a tangled web with Jenelle & Company) and wrote “she’s nothing but TRASHY scum. You know she’s single again.MR.PERFECT CHEATED!!!!!” To which Jenelle responded by writing, “I cheated on Courtland ? Lmfao no def not. I broke up with him and he KNOWS why.”

Uh oh. I wonder what in the world that could mean!?! And what about the house Jenelle and Courtland were going to move into together?

“yeah well I have different plans,” Jenelle tweeted. “in a week I’m moving far away.”

So where do you think Jenelle is moving to? Maybe we should start a pool of some kind 🙂 I’m gonna make an educated guess and say Pennsylvania. She’s from there and could han gout with Teen Mom 2 pal Kailyn Lowry and Teen Mom 3’s Alex Sekella as well!)