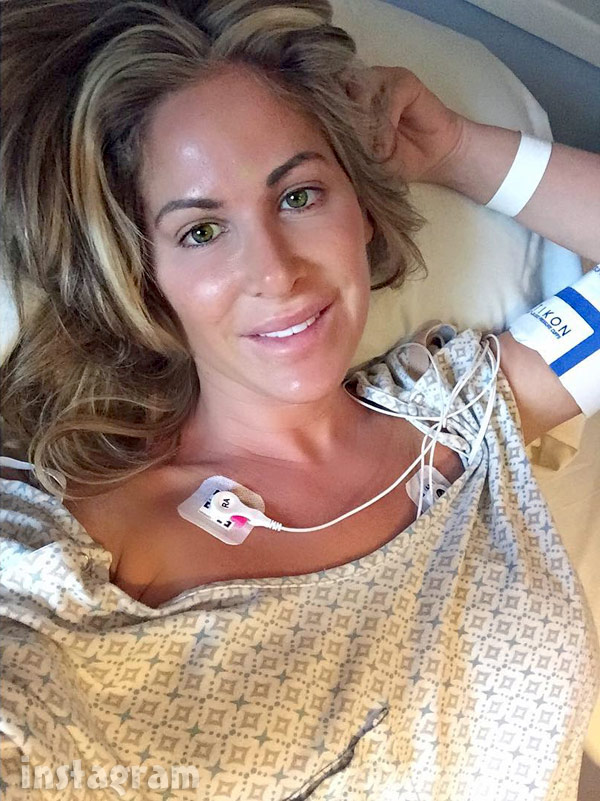 The Real Housewives of Atlanta and Don’t Be Tardy star Kim Zolciak-Biermann didn’t let a little thing like heart surgery interfere with her selfie game! The reality star shared the post-op hospital bed photo above on Instagram and gave fans the following update on her condition:

surgery was a success!! I can’t wait to be back on my feet 100%! Glad it’s over! Quite the whirlwind this last month has been…but such a blessing too

In case you missed it, Kim was hospitalized late last month after suffering a Transient Ischemic Attack (TIA) or “mini stroke.” After having the TIA, Kim temporarily lost the ability to speak and had paralysis on the left side of her body. After her hospital visit, Kim revealed that she had “100 percent” of her feeling back.

But Kim wasn’t out of the woods yet! Doctors identified the cause of her mini stroke as a patent foramen ovale–a “hole in her heart that never closed,” as Kim told GMA. Kim further elaborated on the diagnosis in an interview with E!:

I had a blood clot, they don’t know if it came from my leg or my pelvis…Most people have a filter so it can’t cross over to the other side of your heart, but because I do have a valve – they call it a hole, but it’s more like a valve that never closed when I was born – the blood clot was able to transfer and go through the hole, which stopped oxygen to my brain on the right side of my brain.

Kim also revealed that her aunt had two strokes before doctors “found this hole in her heart,” so Kim’s doctors knew what to look for.

Fans openly wondered if perhaps it was actually Kim Zolciak’s propensity for wearing waist trainers that contributed to her mini strokes, but Kim was having none of it. She posted this next photo sporting one of her waist trainers (they’re just corsets, right?) and made it very clear that her condition was unrelated: 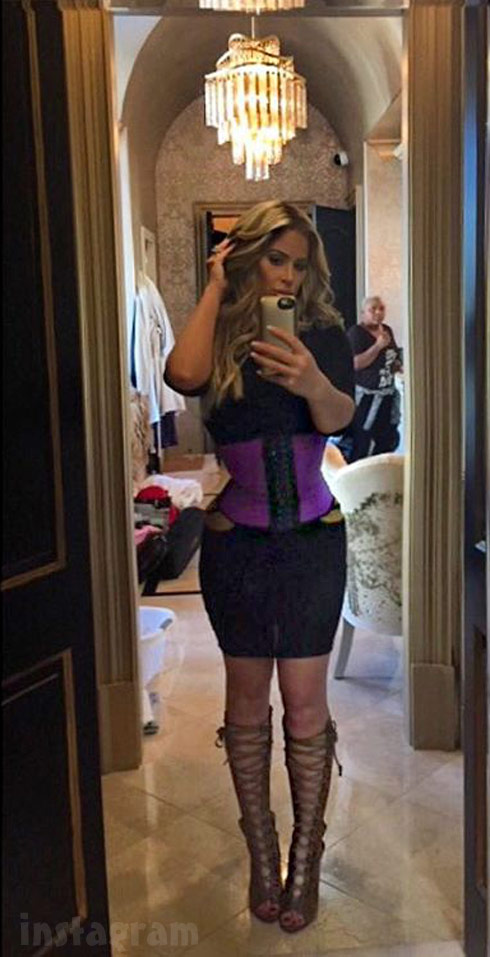 Good morning!!!! You guys know I love my @nowaistclique waist trainer, I have heard all sorts of ppl commenting on “what might have caused my mini stroke” let me be real clear, I am a very healthy woman who takes great care of myself, however I was born with PFO (a hole in my heart) which enabled a clot to cross over and stop oxygen to my brain for a very short time in turn causing me to have a TIA, I will be having heart surgery to repair it. By no means did my waist trainer cause my blood clot or my TIA. I would never use anything nor promote anything that I personally didn’t love or something that was dangerous. I LOVE LIFE WAY TOO MUCH!

and I have a whole lotta living to do

We’re so glad doctors were able to find and fix the problem and that Kim is doing well! As further evidence of how well she is doing, Kim was back on Twitter earlier today to garner interest for her upcoming “Ask Believe & Receive” public speaking tour:

If you want to come to @Kimzolciak‘s Ask Believe Receive Tour ATLANTA pre-register here https://t.co/p09ysSzvwz We will email details soon!

Amy Winehouse drank herself to death during a single binge; how many drinks does it take to kill?