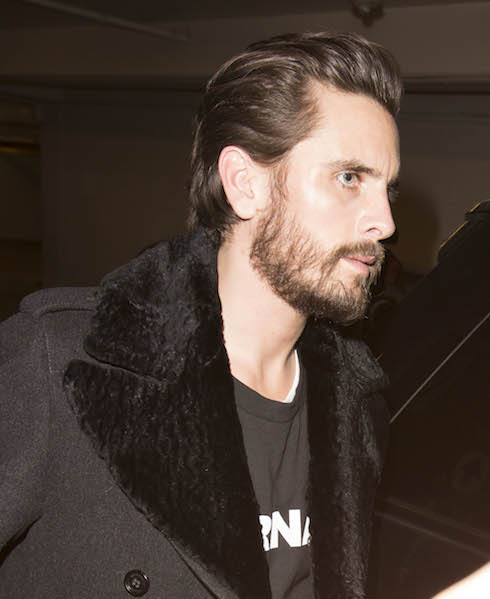 A Scott Disick drug story has become an unfortunately commonplace thing. But, in a brand-new interview, the 32-year-old Disick says he’s perfectly fine and doesn’t understand what all the fuss is about. Disick brushed off a series of recent reports which stated he’s overdosed at least twice and out of control by claiming that he never said he intended to give up his life–and then proceeded to engage in a string of wild activities with three models during a wild Mexican weekend. 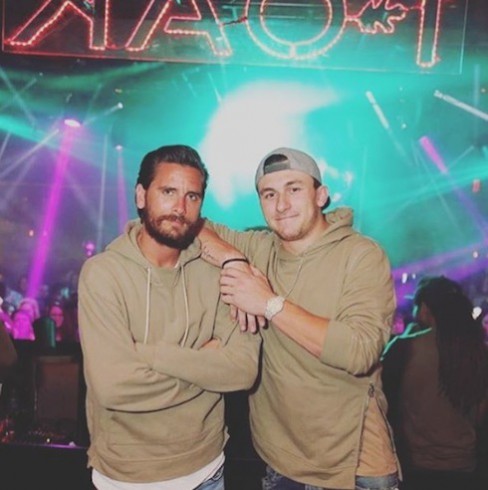 Disick said his most recent time in rehab was for an addiction to sleeping pills, which he told People he kicked. It’s for that reason, he adds, that his current behavior shouldn’t concern anyone: “I drink responsibly. I have a couple drinks with my friends when I’m out just like anyone else,” he said. “At the end of the day I just want to fit in and I just want to be treated like anybody else and I don’t want to be beat up every day.”

And, as far as last weekend’s Mexican adventure goes, the businessman and reality TV performer said that nothing untoward went on. “I was down there hanging out like any other single 32-year-old guy would be….I’m not sure I can stay home every single night at 32 years old and be sane,” he said. “In the end, I’m trying to live my life. I’m trying to live it healthy. I’m trying to be there for the people I love, which is Kourtney and kids, but you know what, we’re not together.”

However, that report doesn’t jive with a concurrent Scott Disick drug story courtesy of E!, which states that Scott is simply “no longer concerned” with recovery and wants to have a good time all the time. E!’s article points out that Disick was the guest of Joe Francis, the creator of the Girls Gone Wild video series, who owns a home in Puerto Vallarta. And E!’s source sounded very worried about Disick’s well-being: “It’s very safe to say Scott is no longer interested in recovery,” that source claimed. “He’s been drinking and partying for the last several weeks. This is what he wants. This is what he’s choosing. The friends he’s hanging out with aren’t helping.”

In addition, it’s not clear how committed Scott is to Kourtney and the three children they share. He recently offered what many are interpreting as a flippant, potentially inappropriate comment on one of Kourtney’s Instagram updates. Here’s the image, courtesy of The Shade Room: 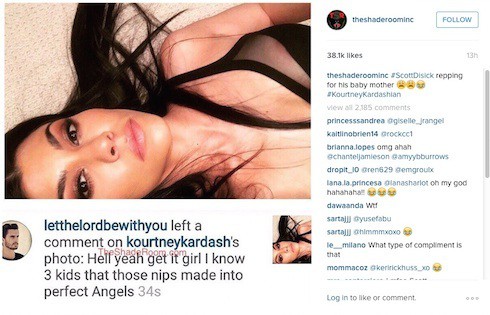