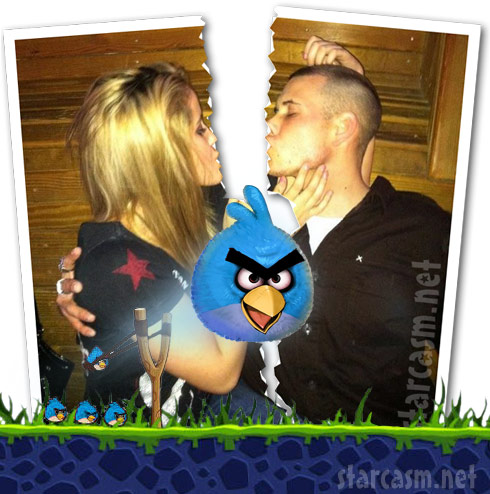 Teen Mom 2 star Jenelle Evans broke up with her marine boyfriend Gary Head yesterday, and after a brief flurry of angry tweets it appeared as though we might be witness to her first relationship (be it romantic or just friends) to come to an end without a prolonged dramatic feud on Twitter chock full of vitriolic name calling, criminal allegations, incriminating photos, and screen capped text messages. That lasted just long enough for Jenelle and Gary to get a good night’s sleep. Then, today, the stit shorm (furycane?) made virtual landfall with a vengeance!

Here are the bullet points from each side, starting with Jenelle:

• Jenelle says she called the cops one time after Gary hit her, but didn’t press charges because it would “jeopardize his career.” She says MTV crews were witnesses and felt her cheek. She says she was bruised and can now “feel my jaw crack everytime I move it.”

A writer for Examiner.com spoke with Jenelle, who told them, “He basically slapped me in my face, and pinned me to my bed. … The way he slammed me down my jaw got popped out of place, and he ended up punching me with his palm.” She later added that she had to “get ice for my cheek bone all night” after the incident.

Some lyrics from the song, which is about abuse:

Do you feel like a man when you push her around?
Do you feel better now as she falls to the ground?
Well, I’ll tell you my friend, one day this world’s going to end
As your lies crumble down, a new life she has found 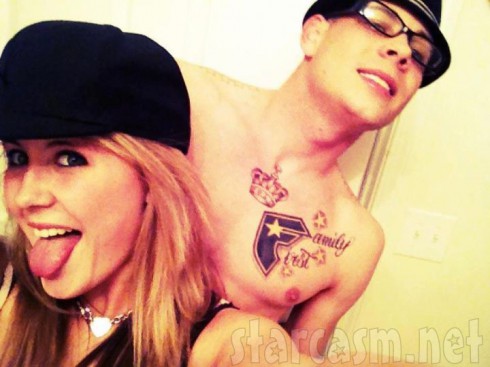 Gary (who is the tweetingest Marine in the history of the United States’ armed forces, btw) responded with a deluge of comments, most of which weren’t all that inflammatory – to his credit. But, Jenelle kept pushing (as she does), and eventually Gary pushed back. Here are the bullet points from his tweetathon:

• Immediately after leaving Jenelle’s apartment (Jenelle says she booted him out, he said he left on his own), Gary headed to his old pal Danielle Soethout to crash. Oh, did I mention she’s a smoking hot brunette and Gary immediately changed his Twitter picture to one of them together?

• Gary says repeatedly that he never hit Jenelle, but does acknowledge she called the cops on him. He says charges were never filed because police did not believe Jenelle’s claims.

• He claims that Jenelle knows when her drug tests are coming (for her probation) and is able to do “pills, acid, heroin, shrooms, and drinking” because she can time it and those drugs don’t stay in your system as long as marijuana.

• Gary states that Jenelle’s friend Nicholas Mullen supplies her with Hydrocodone pills thanks to the fact that he gets 120 a month.

• Says Jenelle didn’t take her medication (for bi polar disorder, etc I assume) even though he reminded her all the time. “I tell her every day to take her Meds but there’s always an excuse ex.They make my head hurt or it takes 1 month 4 it to work,” he tweeted.

• He revealed that he has some sort of incriminating video of Jenelle (Lawdy lawd – what could it be?) but he won’t release it because “I don’t want to embarrass her. And Im NOT going to SELL HER OUT”

• Gary says he didn’t want to have anything to do with MTV and Teen Mom 2 and “It took MTV forever to get me to sign a release form.”

• He shared a screen cap of a Facebook message from someone claiming to be from Star magazine offering him money to talk either on or off the record about his split from Jenelle. He responded with, “Thanks but no thanks. I told her that I would never sell her out to tabloids for money and I plan on keeping my word.” 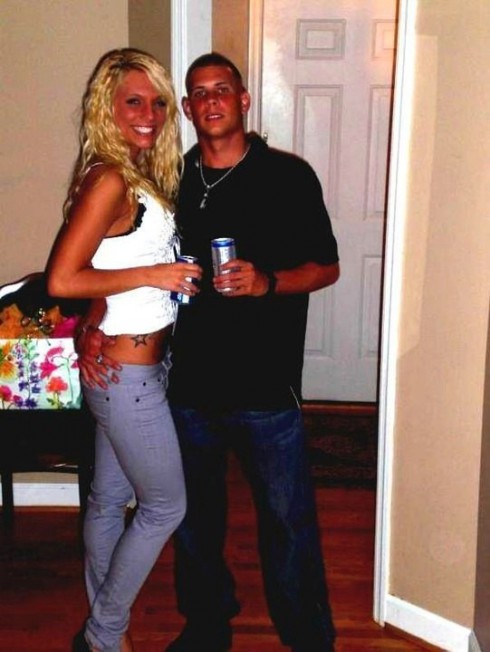 That should get you all caught up on the Jenelle Evans and Gary Head drama, at least until tomorrow. I only hope Jenelle’s temper cools down before she either breaks the law with threats or allegations, or pushes Gary to the point that he decides to “tell all” and perhaps even release that incriminating video!

It should be noted that Jenelle’s last tweet today was, “Bye twitter. Getting away for a month of solitude.” But, as you’re probably aware, she has tweeted about taking a month break before. She’s usually able to stay away for about 13 hours.