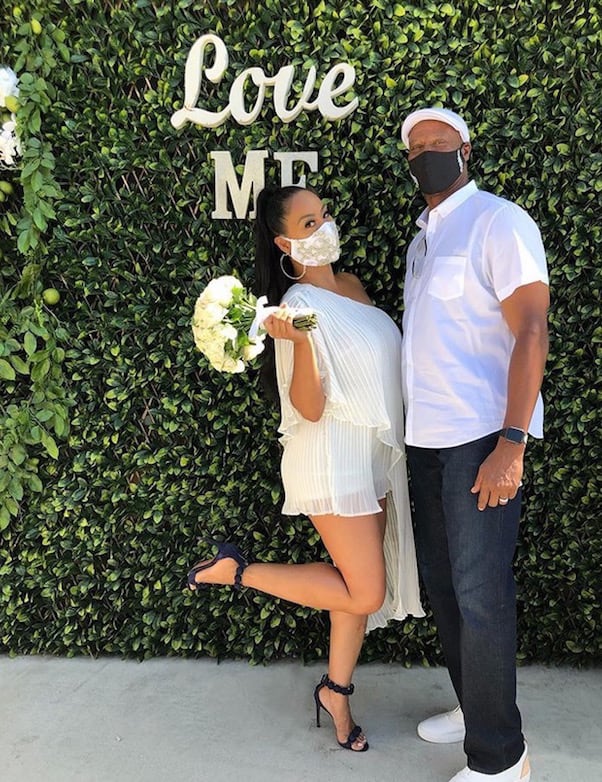 Congratulations to CeCe Gutierrez, who has officially jumped the broom with her NBA beau! Former Basketball Wives star CeCe Gutierrez married former Los Angeles Laker Byron Scott in a beautiful, socially distanced ceremony this weekend. CeCe’s been sharing tons of photos from the wedding itself as well as behind-the-scenes pics of her amazing gown, details of the invitation and intimate after-party, and the overall lovely vibe.

CeCe and Byron had actually been a couple for quite a bit longer than their on-air relationship sometimes led viewers to believe. Though they got engaged on the DL almost two years ago during a trip to Tahiti, the couple actually met nearly five years before that. CeCe and Byron started dating in the summer of 2014, right around the time of Byron’s divorce from his first wife, Anita. (Byron and Anita, who had been married since either 1987 or 1989, went through an acrimonious, multi-year divorce, thanks at least in part to disputes over Byron’s net worth and average monthly income.)

Speaking of acrimony, after an especially contentious Season 8, it was a foregone conclusion that Basketball Wives fans weren’t going to get to see CeCe Gutierrez married to Byron Scott on the show. But while CeCe and Byron’s feud with Byron’s daughter Kristen was largely responsible for CeCe quitting the show altogether last year, several of her Basketball Wives castmates offered their congratulations on social media. Both Jackie Christie and Jennifer Williams reached out with love for CeCe.

And, though it was a very small, almost entirely socially distanced ceremony, it looks like OG and her husband Kwame Alexander both actually attended the wedding:

With that, we’ll segue right into the photo gallery 🙂 First up is the post-wedding shot Byron shared of himself, CeCe, and the new couple’s parents right after the ceremony: 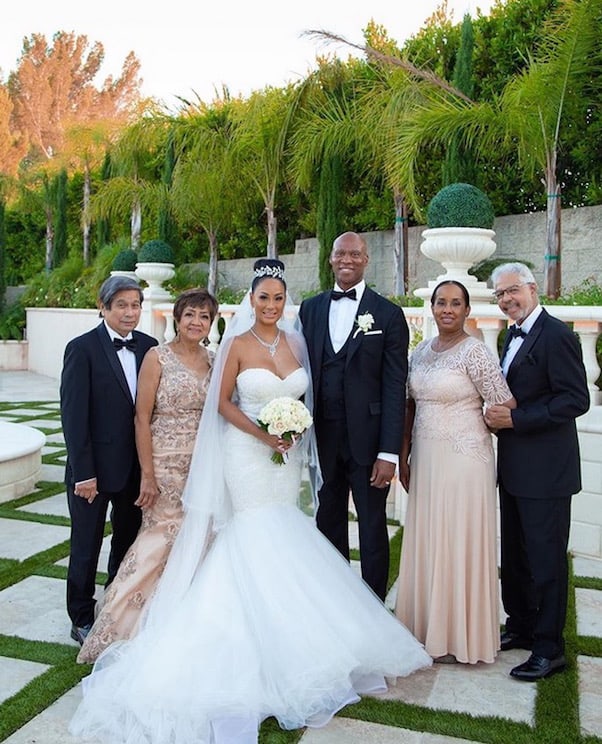 Next is the second shot that Byon shared, taken behind CeCe as she walked up the aisle to meet him: 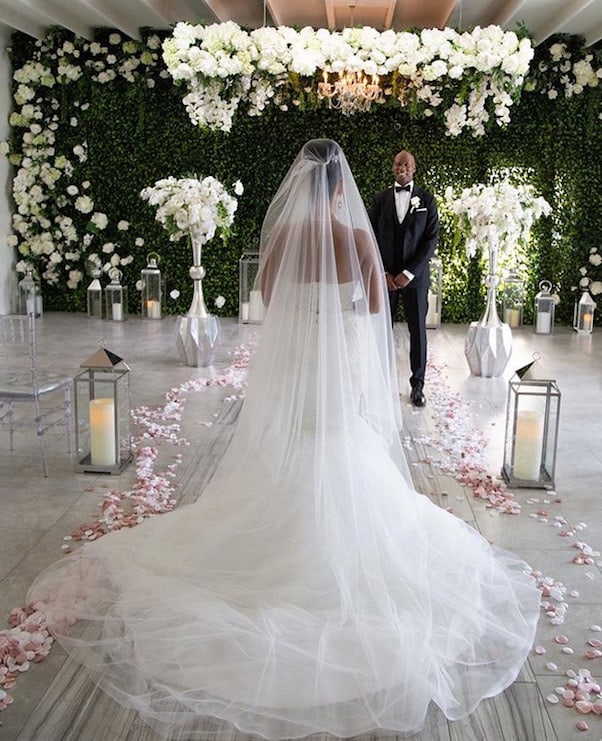 “Today was a good day,” Byron captioned the shots, underselling the event just a tad 😉

Next we turn to Byron’s bride. She’s been sharing just about every CeCe Gutierrez wedding photo to show up in her mentions, and we’ve got them all in a rough chronological order. The first two, originally shared by a friend of the couple, are of the wedding announcement and invitation to watch the livestream of the couple’s nuptials: 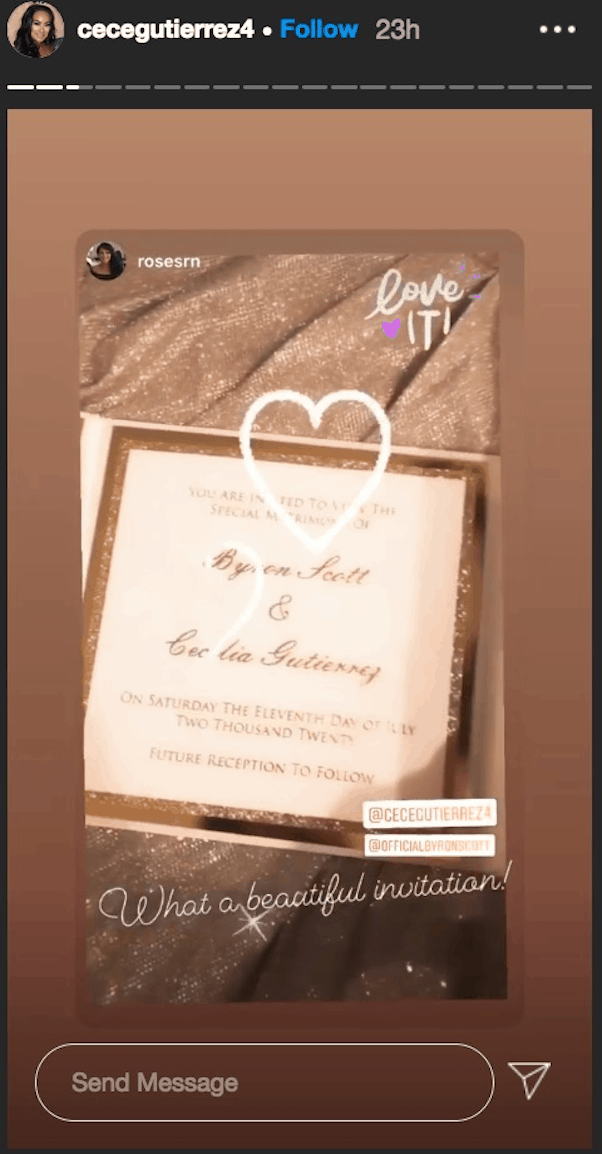 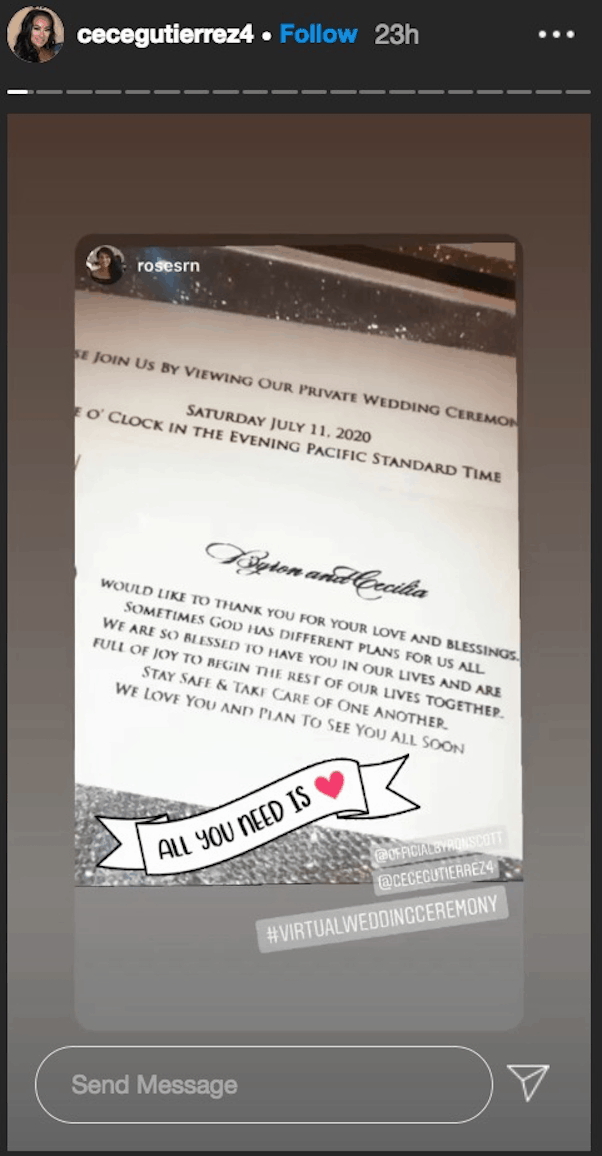 After that, it’s CeCe on the way to the ceremony, followed by a requisite pic of the bride getting her gown ready: 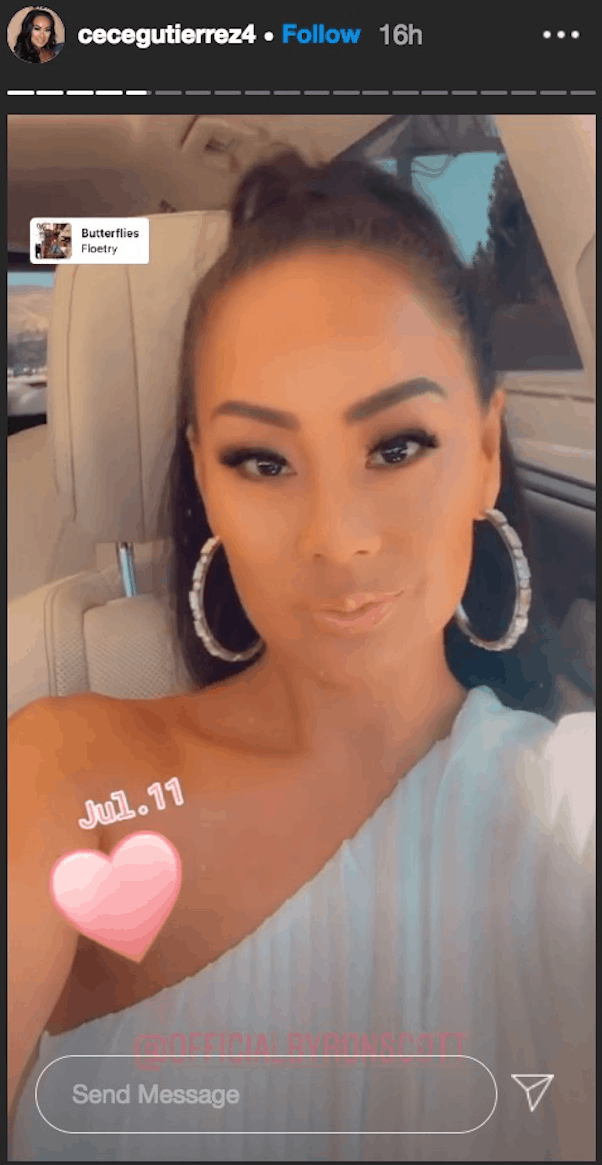 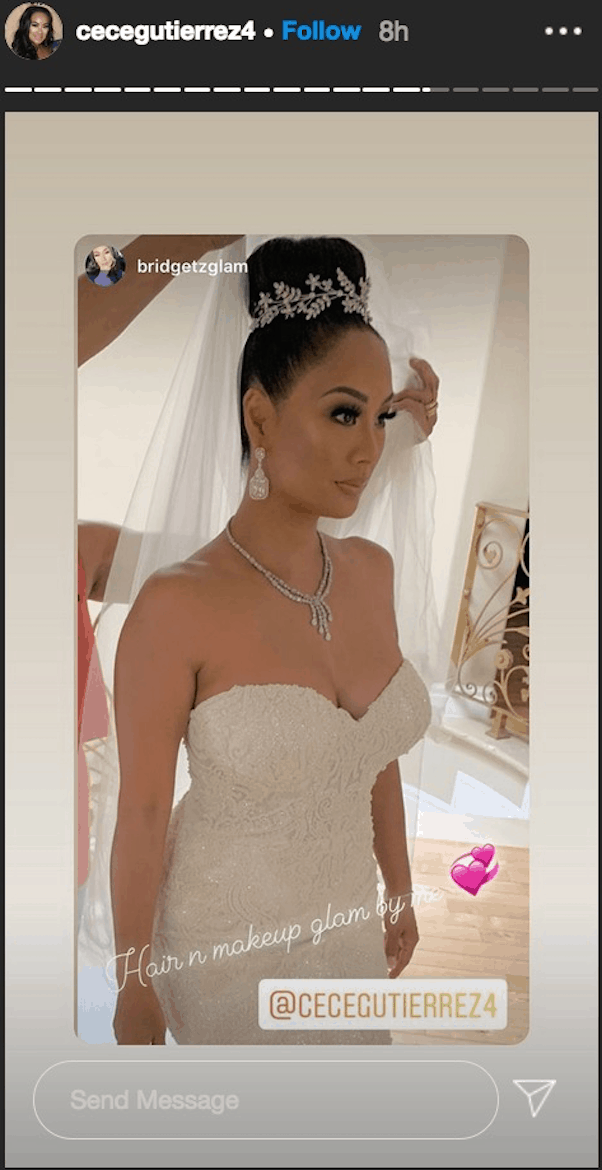 Now we move on to the actual ceremony! The three images in this trio pretty much speak for themselves: 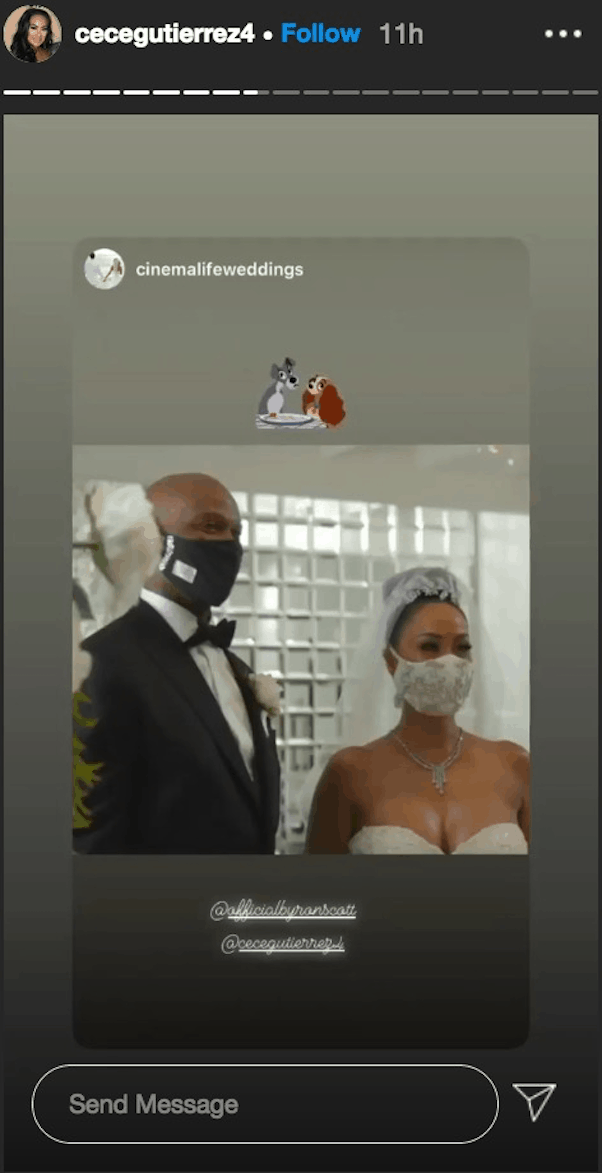 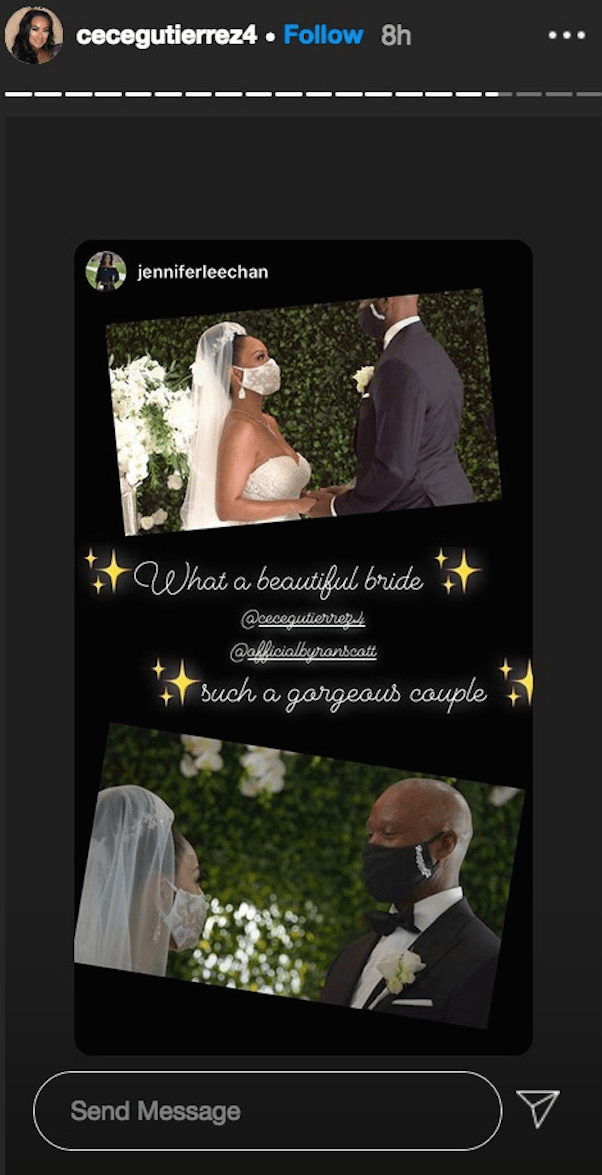 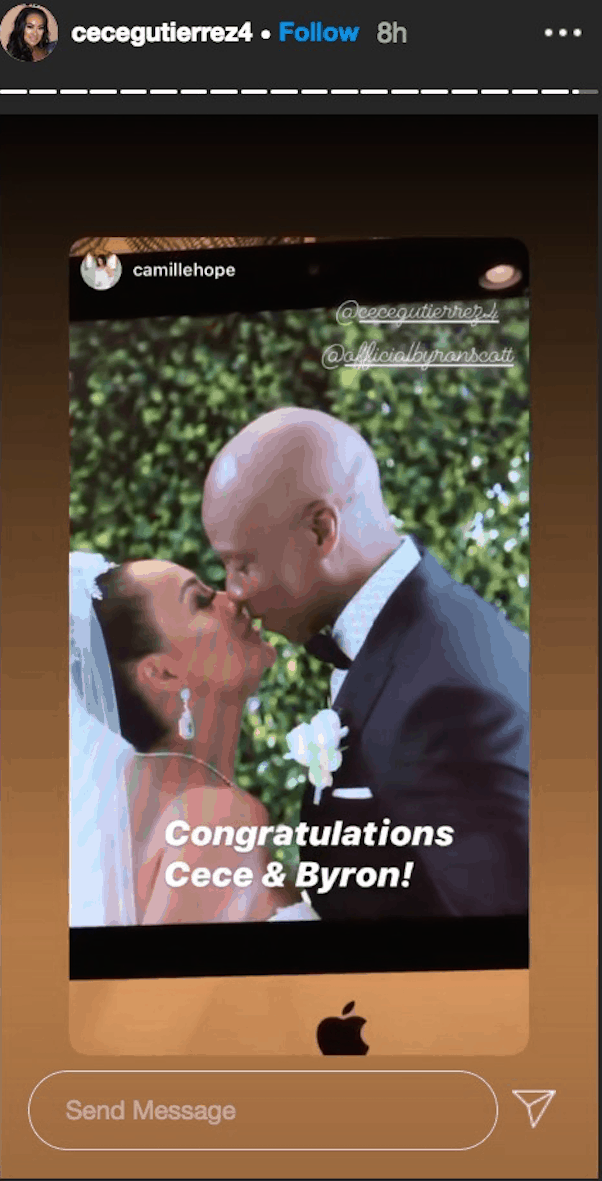 And what would a wedding be without a few (hundred thousand) posed photos? Here’s a couple more of CeCe’s breathtaking wedding gown… 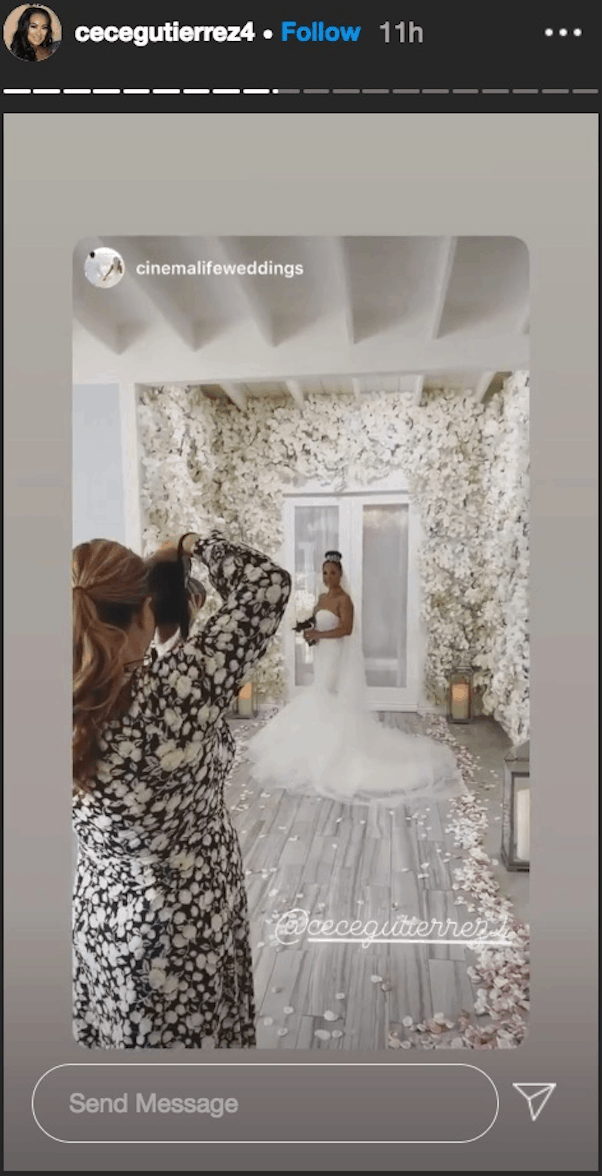 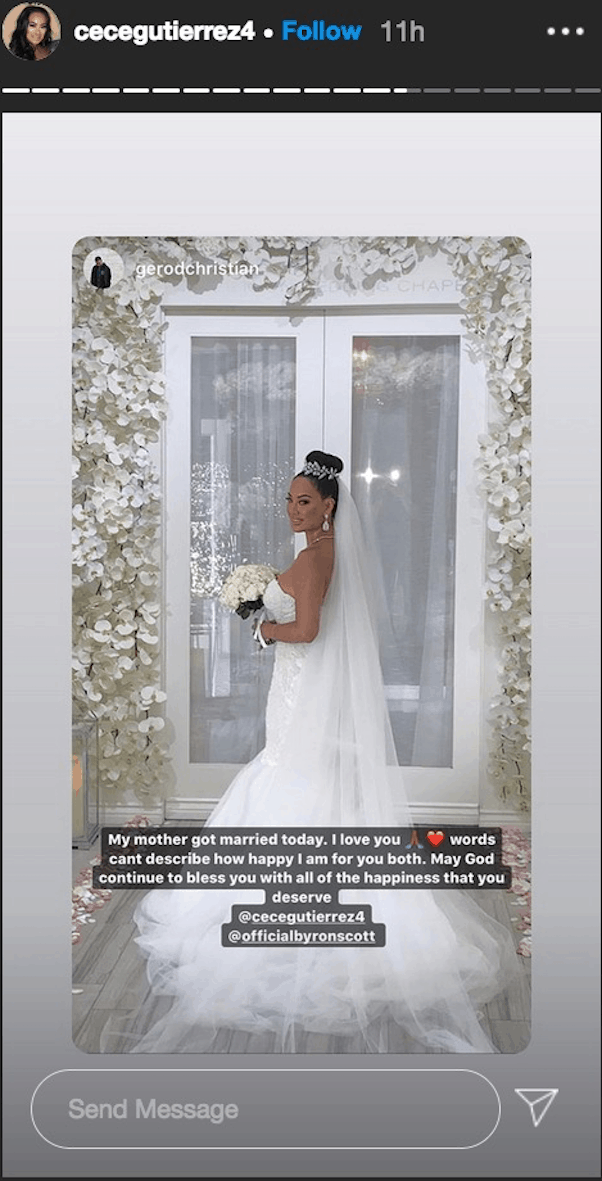 …and a couple of the newly married couple sharing their love with the world: 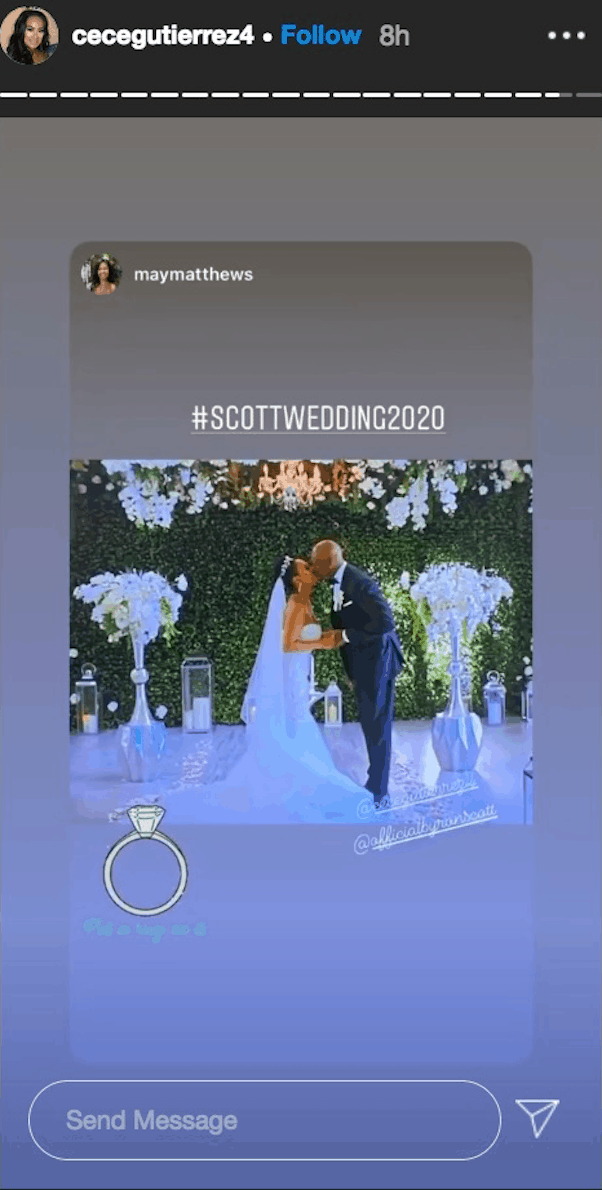 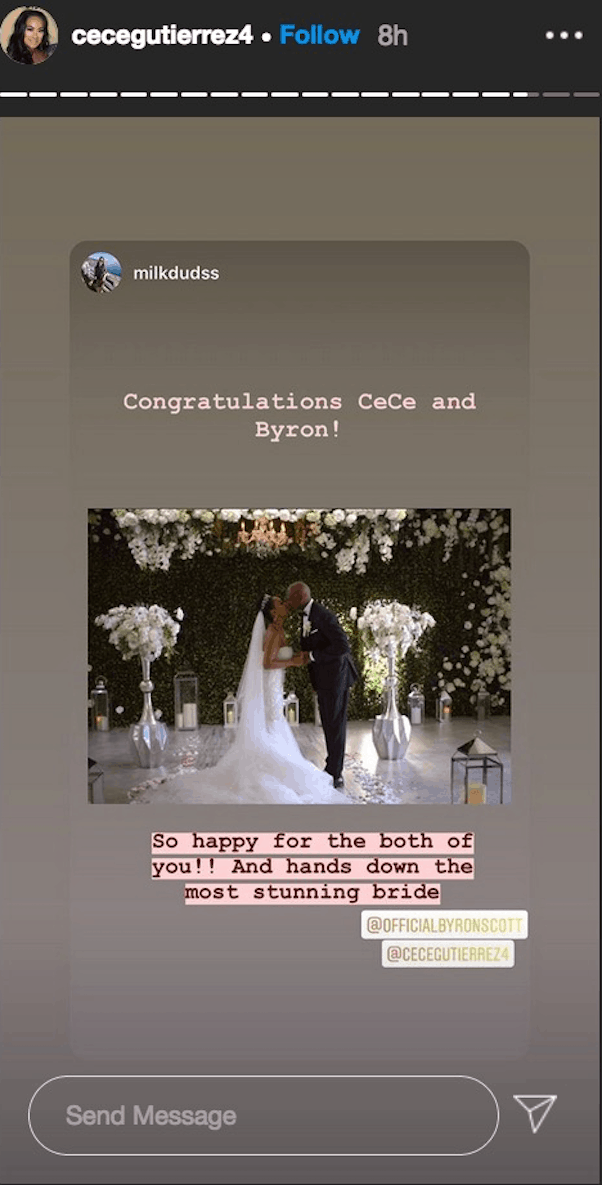 After that, it’s CeCe and Byron enjoying their first champagne and first fire pit as a married couple: 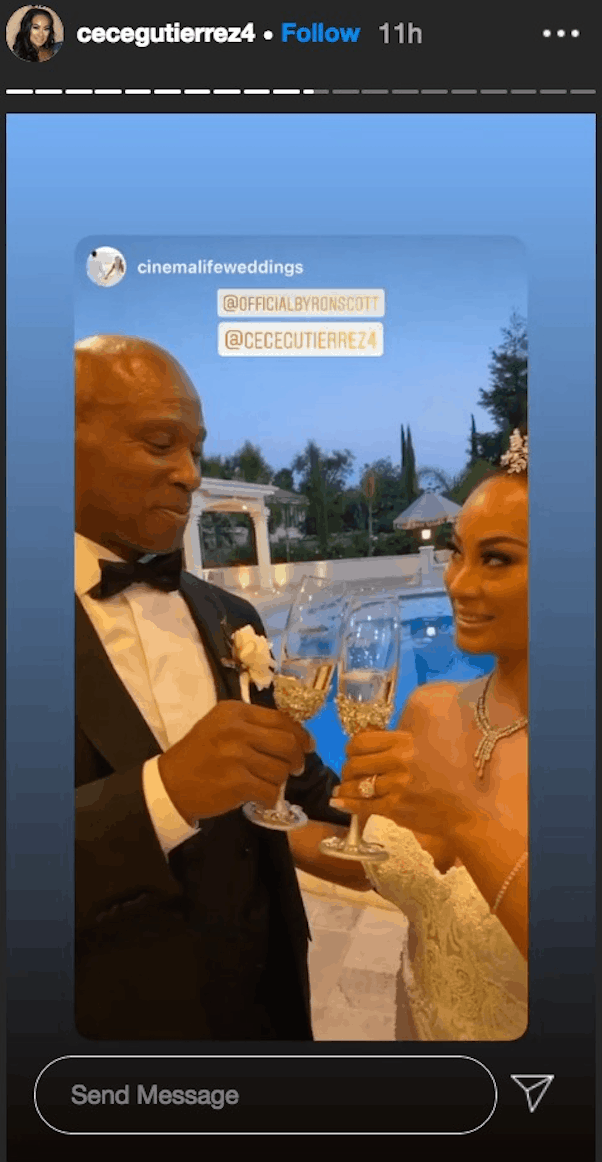 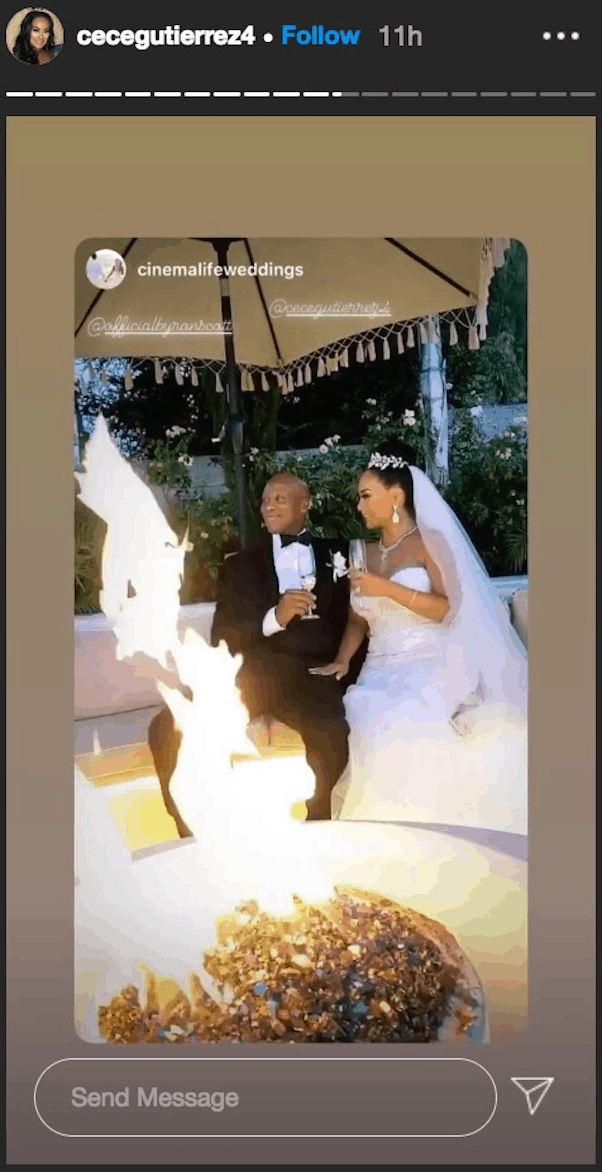 And we’ll close with a shot of one of the couple’s wedding gifts — a Rose Gold bouquet box from noted florists Venus et Fleur: 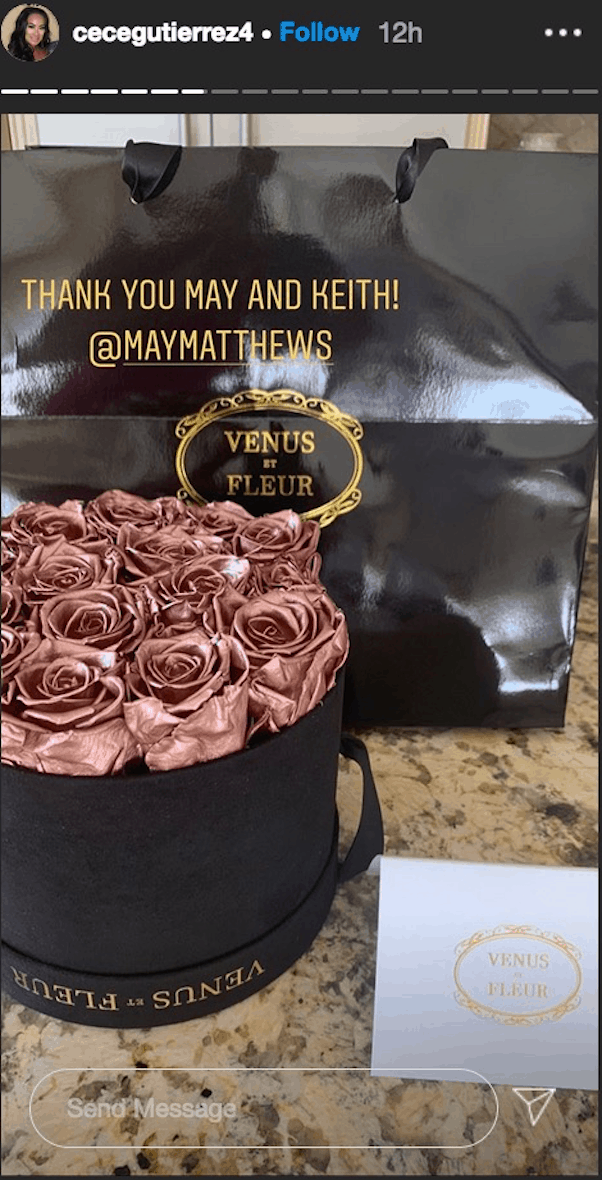 Congratulations to CeCe and Byron on their marriage! And another congratulations on finding a way to have a ceremony while for the most part sticking to social distancing guidelines. Hopefully the honeymoon has no such strings attached.