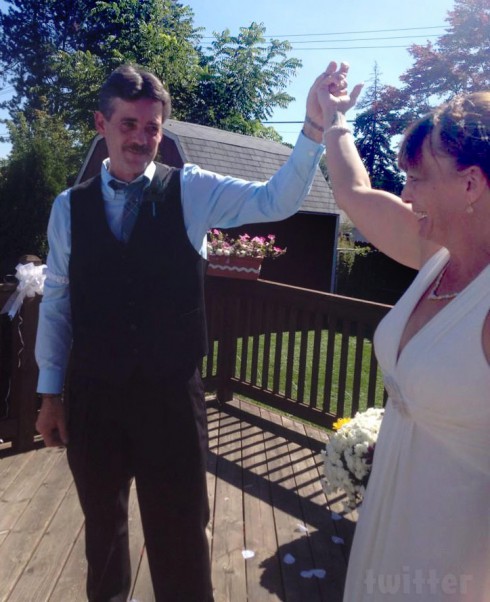 It’s been a little over four months since Teen Mom star Catelynn Lowell’s mom April revealed that Catelynn was pregnant with her second child, and only a couple of months since Catelynn and father-to-be Tyler Baltierra announced they are once again planning to tie the knot. But apparently Catelynn wasn’t the only one in her family making wedding plans as her mom April just got married!

The under-the-radar nuptials took place Saturday and April posted the photo above yesterday along with the tweet, “The love of my life! ♥” April also posted this emotional photo on Facebook that had no need for a caption: 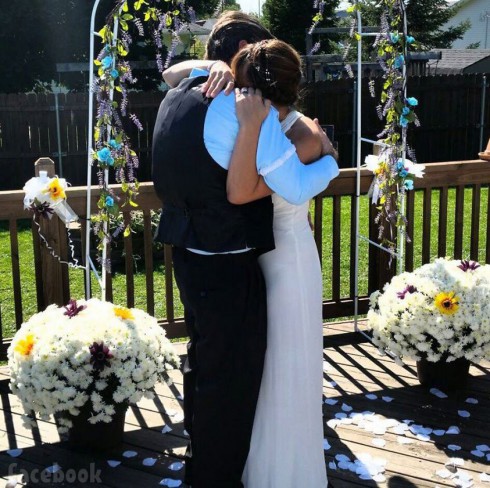 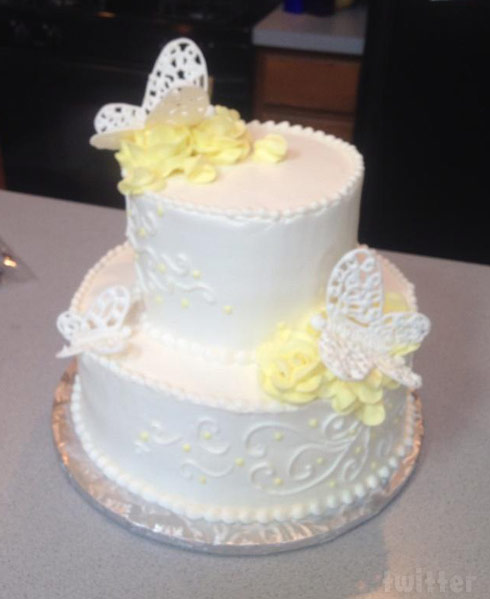 And just in case you needed just a little more wedding awesomeness, here’s another picture from the ceremony shared by April’s mother, who seems very fond of her new son-in-law: 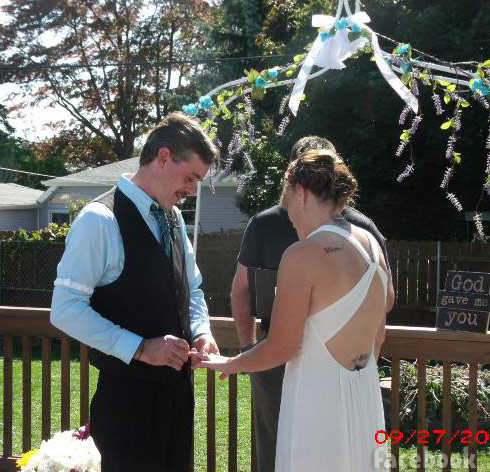 In case you were wondering what happened to April’s ex (and Tyler Baltierra’s dad), Butch Baltierra, he’s still behind bars and April appears to have finalized her divorce from him back on January 16. “I haffnt been with you for 3 yrs,” April wrote on Facebook, “but aft today your not my problem anymore! Yay me.”

April went a few months living the single life, but then appears to have met her future husband, whose name is Rich (last name Brockmiller I believe), back in her namesake month. April wrote on April 17, “I met a man and I really really really really really like his name is ………… j I hope you know who you are! He makes me smile gives me butterflies. The thought of him makes Me go hmmnm.” On May 9 April updated with, “Official second date!”

On June 23 things became “Facebook Official” as April changed her relationship status to “In a relationship.” Two days later she continued to sing her new beau’s praises. “I believe my new boo is amazing … I love you baby!!” In the comments section she added, “He is quite amazing!!” She then added that “he’s a keeper and I’m keeping!!”

April was also making sure the world knew how lucky she was on Twitter:

My new man is AWESOME

On September 23 April posted a photo of her engagement ring and excitedly typed, “YES …YES…YES!!! That’s what I said!!” Here’s the bling pic: 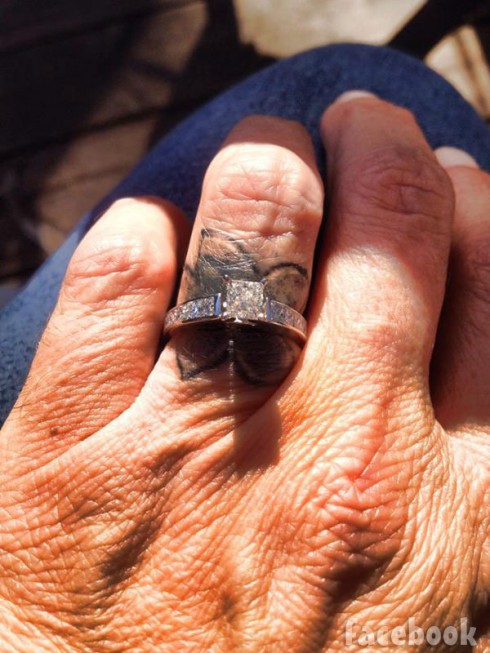 A HUGE congratulations goes out to April who looks to have potentially turned her life around! We here at Starcasm wish her all the happiness in the world and hope she, like her daughter, stands as an example of how reality television can be a positive force — not only in the lives of the viewers, but in the lives of those on screen as well.

Oh, and in case you missed it, Tyler’s mom Kimberly Forbes also got remarried back in June of 2013. There’s love everywhere up there in Michigan!!!

UPDATE – April as tweeted her gratitude for all the well wishes: