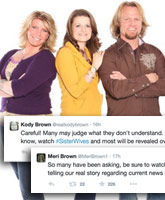 The Brown family of TLC's hit polygamist reality series Sister Wives made headlines last week when it was revealed that family patriarch Kody Brown had legally divorced his first wife Meri in September, 2014 and then, in December, he legally married his fourth wife, Robyn. The Brown family issued a very brief statement after the story broke, referring to the change as a move to "legally restructure our family," but have otherwise not revealed the motivation behind their decision. However, it appears as though the issue will be addressed on upcoming episodes of the show, starting next week!
Read More... 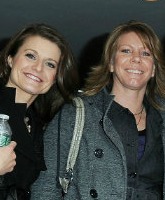