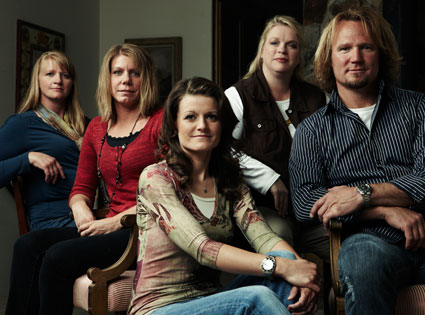 On last night’s Season 4 premiere episode of TLC’s Sister Wives, the family dealt with the stress of going through pre-approval for home loans so they could move forward in buying the four lots in a cul-de-sac they had their eyes on. The family has been living sort of far away from each other ever since they moved to Vegas, and wanted to have closer living quarters so their children could be able to spend more time and bond with their siblings. They worried about potential problems with Jenelle’s credit, but it was Robyn’s debt from her former marriage that really had the family worried.

Robyn said she willingly agreed to take on the credit card debt when divorced her ex-husband David in 2007 in order to “make peace.” On the show Robyn meets with a lawyer to try to work with the creditors to settle some of the debts so she could start paying them down and build her credit back up to 600. They were able to work out a deal with her biggest creditor, to whom she owed $4,000. Robyn explained that after she divorced David, whom she married in 1999 and has three children with, she became a working single mom and moved in with her parents. She eventually got an apartment for herself and her children, but was unable to find money left over from providing food and shelter for her family to even make the minimum payments required to keep the debts from going into collections.

Hollywood Life dug up the divorce records a couple of years ago and saw that she owed about $32,000 then to Victoria’s Secret, Target, and Sears. She also got a Sanyo VCR and a Kirby vacuum cleaner while David got their 1974 Academy Mobile Home.

Thankfully Robyn’s past debts don’t keep her from being pre-approved for a loan.