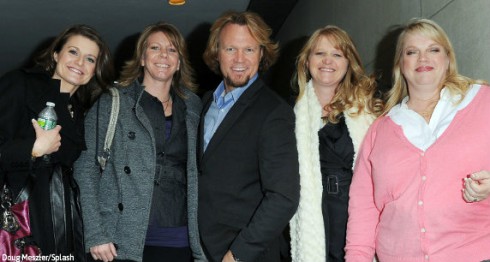 “We have chosen to legally restructure our family,” the Sister Wives stars collectively told Entertainment Tonight.

As we were the first to report, Kody and Meri divorced in September 2014. He married Robyn three months later. The Browns’ statement seems to confirm our speculation that the family pulled the maneuver to protect Robyn’s three children from her first marriage.

Even though it seems the rearrangement was purely logistical, it was surely an emotional decision, especially for Meri. Nonetheless, Kody and the four sister wives said their relationship is as strong as ever.

“We made this decision together as a family,” the said in their statement. “We are grateful to our family, friends and fans for all their love and support.”

New episodes of Sister Wives are airing on TLC on Sunday nights at 9/8c, but it’s still unclear whether the “legal restructuring” will be addressed.