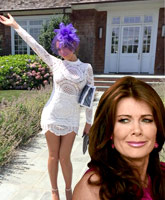 The Real Housewives of Beverly Hills star Lisa Vanderpump finally responded to the rumors that she was the one who had Farrah Abraham uninvited from the now-infamous Hamptons white party in August, and as you would expect, Lisa does not disappoint! (I think we can officially start the New Farrah Feud Countdown Clock.) UPDATE - Watch a clip of Lisa from WWHL in which she addresses the Farrah snub and reveals that one of the RHONY cast was also not allowed to attend!
Read More... 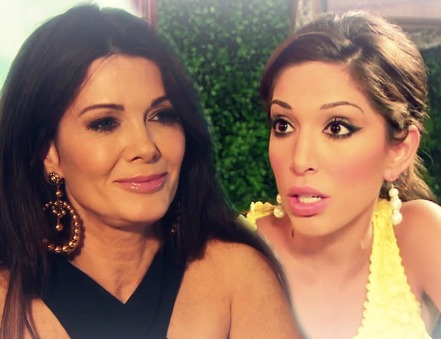 Is there a clash brewing between Bravo Queen Bee Lisa Vanderpump and MTV superstar Farrah Abraham? A new report claims Lisa ixnayed Farrah from the guest list of an exclusive Hamptons White Party thrown in her honor. Read on for all the details–plus Farrah's brazen response.
Read More... 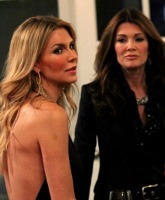 Brandi Glanville may be out from Real Housewives of Beverly Hills, but that doesn't mean she's done stirring up the drama with her former co-stars. See the scathing comments she had for Kyle Richards and Lisa Vanderpump in a new interview–plus, read what she said about her apparently unlikable boyfriend.
Read More... 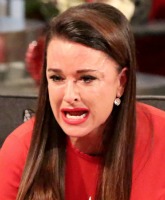 The current season of The Real Housewives of Beverly Hills has been explosive. The season finale airs next week and we can't wait to see how it ends. Until then, Bravo has just released a first look at the 3-part reunion. Check it out!
Read More...
Read More... 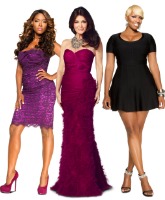