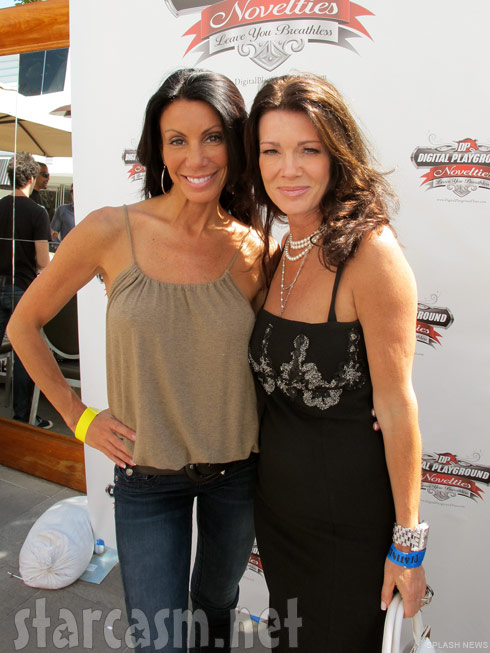 According to Splash News Lisa received a ‘Pendant Vibe‘ at the Digital Playground gifting suite, a device described on the DP web site this way:

There are a lot of Bavolebrity graphics you could come up with and most all of them would have Lisa Vanderpump on one end and Danielle Staub on the other, so it is startling (to say the least) to see them both together! And in front of a sex toy company gifting suite booth?!? You can probably guess whose end of the Bravolebrity spectrum that sounds like!

Melissa Gorga is bisexual, had a lesbian relationship with Jamie Bauer