The only absentee was Kim Richards who may have been fearful of a barrage of questions about the recent media coverage of her former fiance John Collett’s brutal murder back in 1991.

But enough with the dark, depressing stuff, these wild wealthy women are all about the fun and the glamor and they brought both in spades to the red carpet of the Hot List party!

The only bummer is that it appears as though the women didn’t get the memo that they would be standing in front of a black background so the ones who wore black get a little lost. (Do they let stars know what the backdrop is going to be on the red carpet at events like this? They should!)

That being said, the ladies still looked great! I think my favorite was Adrienne Maloof, not necessarily because of her outfit (which was fine) but Adrienne herself was lookin’ gooood! 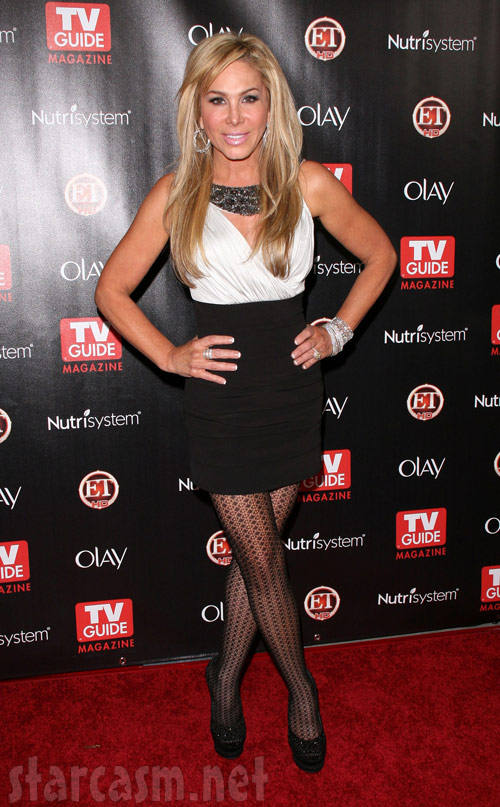 A close second would have to be Queen Bee Lisa Vanderpump, who was as elegant and classy as ever but with a splash of the racy lacy on her hose and the top of her dress! 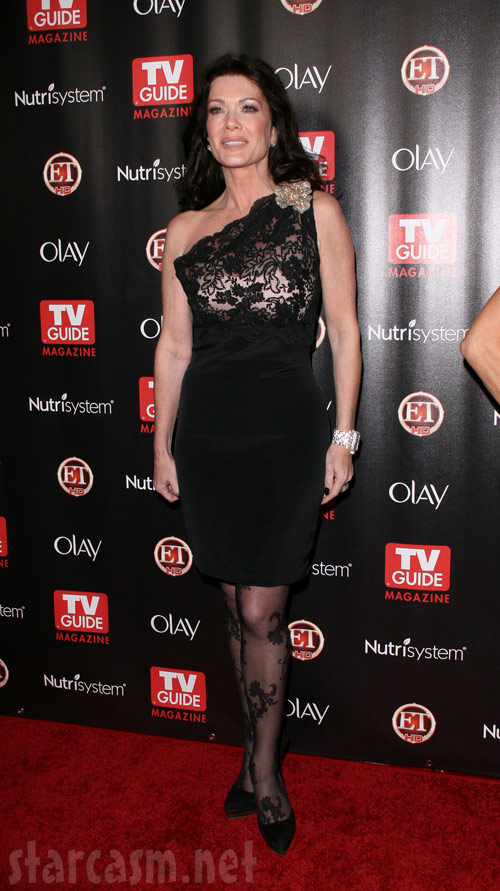 Say what you will about Camille Grammer but she certainly knows how to fill a dress! If we lived in a more conservative world where bikinis were outlawed this is what posters would look like! 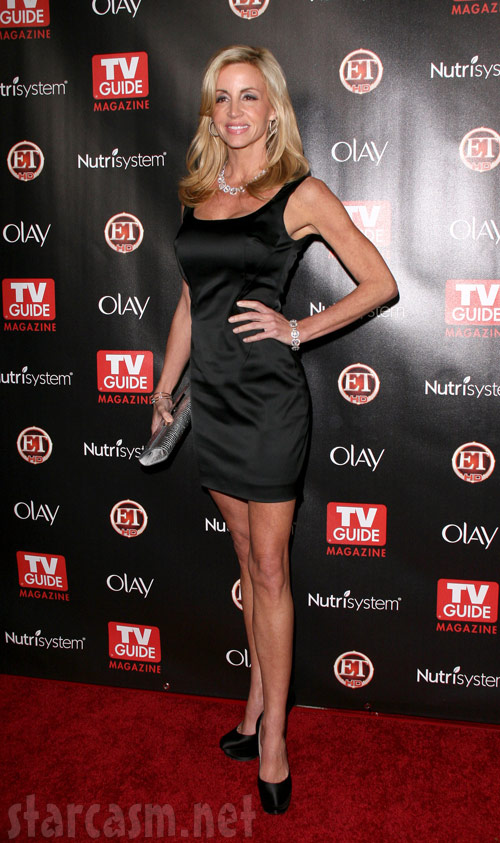 I don’t want anyone to get the wrong impression because Kyle and Taylor finish out the this seemingly ranked post – I’m like Andy Cohen in that I love all the BH ladies! Kyle shouldn’t feel bad because she is the undefeated champion of Watch What Happens Live polling and Taylor shouldn’t feel bad because she knows she be lookin’ good yo! (Although that dress isn’t very figure-flattering)

So who do you think rocked the runway the best? Take the poll!