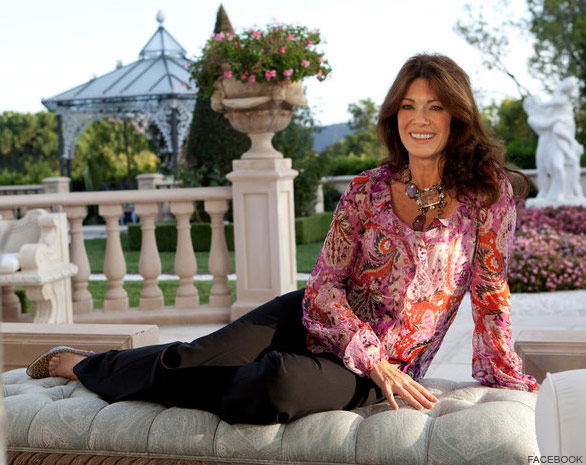 The Real Housewives of Beverly Hills kicks off on October 14 on Bravo and unlike some of the other cast members in the Real Housewives franchise these six ladies aren’t living beyond their means and making headlines with foreclosures and tax problems; they are real-deal recession-proof, lifestyles-of-the-rich-and-famous money mavens!

One of these wealthy women we’ll have the joy of watching is British brunette Lisa Vanderpump. Lisa, 50, is the proud mother of two and has been married to restaurateur Ken Todd for 29 years. The couple own a large number of successful restaurants, clubs and bars around the world and have been full-time business partners since Lisa retired from acting in 1995.

CLICK HERE TO SEE LISA IN A BIKINI (AND TOPLESS?!?) FROM HER APPEARANCE ON THE SHOW “SILK STALKINGS!”

Here’s Lisa with a brief introduction to herself from BravoTV.com followed by a short bio cobbled together from the interwebs.

Born in London, Lisa was a full-time drama student by the age of nine and starred in numerous television shows and films as a child. Her film debut was playing the daughter of Glenda Jackson in the 1973 dramedy A Touch of Class for which Glenda won an Oscar for Best Actress. Here is a still image from the movie – you can see a very young Lisa Vanderpump there on the right!

The bombshell brunette was still pursuing her acting career at the age of 21 when she ran into businessman Ken Todd in 1982 while jokingly playing doorman at Coke’s.

“I tried to charge him to come in.” She was 21, he was 37. “She was like a breath of fresh air coming into my life,” says Ken. “I thought, hello, he looks interesting,” says Lisa. They married six weeks later. (This Is London)

Lisa helped out with Ken’s business ventures from the very beginning but acting remained her top priority. To help with her career the couple relocated to Los Angeles in 1991 where Lisa continued with her acting until 1995, at which point she “retired” from acting to and committed to working with her husband full time. From This Is London:

“When you get to a certain age,” she explains, “the acting business gives you up, rather than you giving it up.” …[Lisa] has had to face her own ambivalence about the business.

On the one hand, it was “very good” to her, but on the other, and especially in Hollywood, there was pressure to conform to a physical ideal. “I’ve been lucky that I’m slim and have a good bust,” she says. “I work out and don’t stay too long in the sun, but I haven’t had any work done. On our 21st anniversary, I told Ken that I was the same size as when we married; it’s just that everything is two inches lower.”

Lisa’s career choice was a wise one as she has taken over the design reigns for the couple’s business empire, which includes 26 restaurants, bars, and clubs. In addition to handling those duties, the ubiquitous Lisa Vanderpump also designs clothes, came up with a skin care line for Epione, writes for Beverly Hills Lifestyle magazine and runs GiggyThePom.com for her Pomeranian pup Gigolo.

Lisa is also the mother of daughter Pandora, 24, and son Max, 18 as well as four dogs, Jiggy (Gigolo), Lollipop, Pikachu, and Buki. Lisa and Ken’s empire includes two critically acclaimed restaurants in Los Angeles, Villa Blanca and Sur, which will most certainly play a role in Season One of The Real Housewives of Beverly Hills. Here is a quick video profile of Villa Blanca featuring Lisa Vanderpump from Access Hollywood:

I’m really excited about seeing Lisa on the show – she seems like a very beautiful woman who married money but isn’t just a trophy wife. You can’t be as successful as she has been handling the designs for not only he and Ken’s restaurants but numerous other businesses, yachts and personal residences without being pretty darned smart and pretty darned talented! Plus, it’s hard to beat snark when it has a British accent!

Here is a collection of links for all things Lisa Vanderpump all over the internet:

Satellite view of the Vanderpump home from BING: 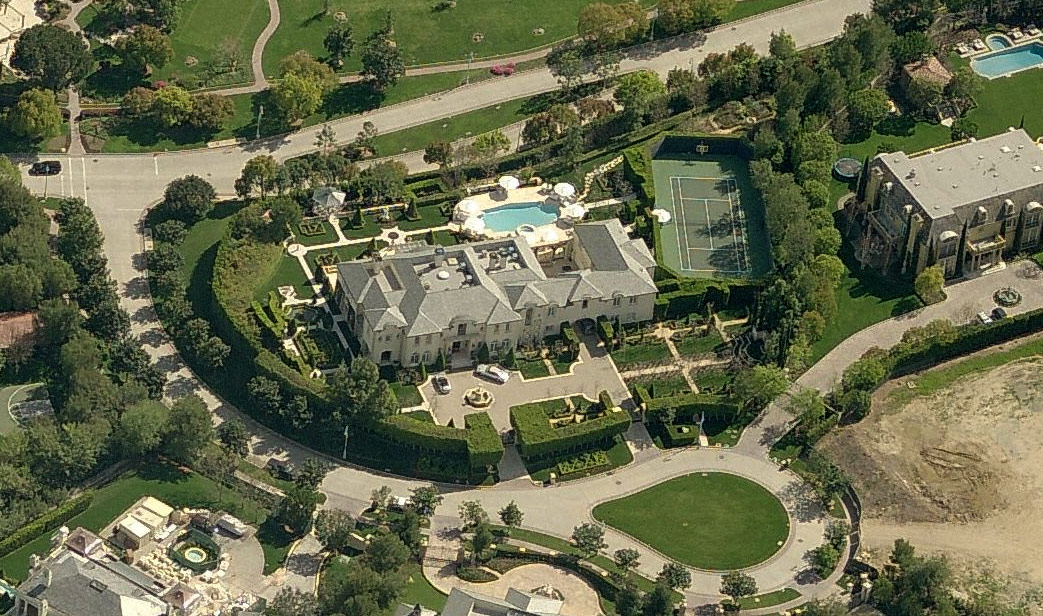 And here is Lisa Vanderpump’s acting resume including all the television shows and movies she has appeared in:

2010 The Real Housewives of Beverly Hills (TV series)
as herself

1980 The Wildcats of St. Trinian’s
as Ursula

1973 A Touch of Class
as Julia Allessio

And here’s a parting shot of Lisa Vanderpump with husband Ken Todd: 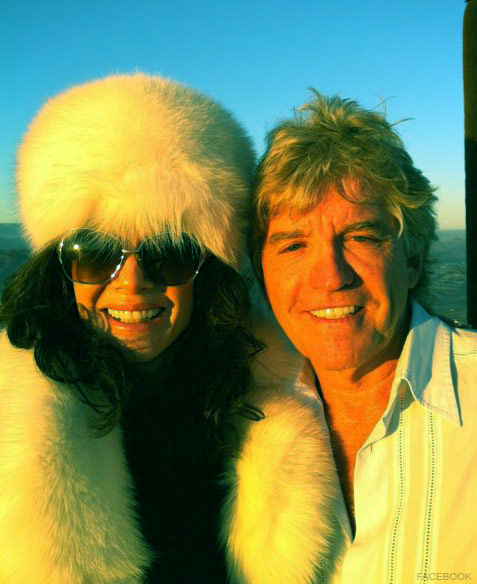