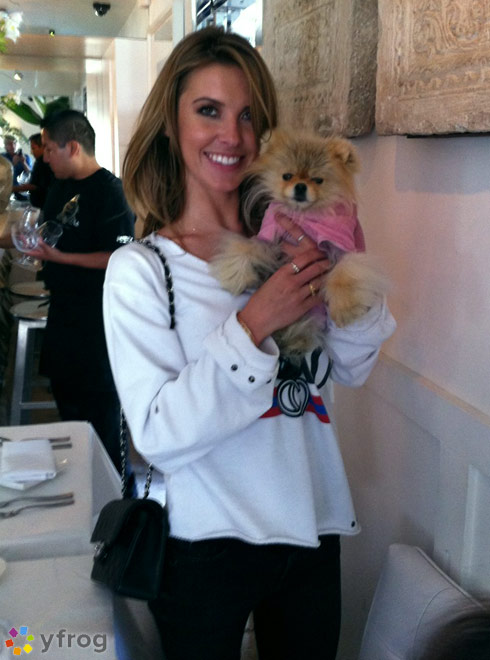 Big screen super-couple Brangelina may have some small screen competition in the form of Audriggy! Two of the loveliest visages in all of reality televisiondom were photographed earlier today as The Hills star Audrina Patridge was caught with The Real Housewives of Beverly Hills‘ little studly-do-right Giggy the Pom in what looks to be a true case of puppy love!

As a matter of fact, Giggy’s sugar momma Lisa Vanderpump went as far as to express concern that Giggy was close to leaving her for Audrina when she tweeted the above photo! Here’s what Lisa said about the encounter:

Oops nearly lost the gigster… http://yfrog.com/h4qfvesj. He was a little infatuated..

Perhaps this will mark the first reality show crossover for the Housewives franchise, not counting Slade Smiley’s spin-off and eventual return of course. According to reports, Giggy and the rest of the ladies have all signed on for season 2 of RHOBH and Audrina’s own reality series simply titled Audrina has been picked up by VH-1 and is set to premiere in April. We will have to wait and see if her fling with Giggy somehow makes it into the show, but until then here’s a racy promo trailer just released last week:

“We love that Audrina’s life plays out simultaneously on two levels. On one level, she is working hard to establish herself in the entertainment industry,” VH1 executive vice president of original programming and production Jeff Olde says. “But at the same time she has this amazingly real, supportive family in Orange County who keeps her grounded. Ultimately, this is the story of a young woman with dreams, goals and ambitions all put through the no-BS filter of her family. We love that.”

And just in case two lovely reality stars weren’t enough, here’s another shot of the dream Patridge a trois with Giggy and Lisa Vanderpump! 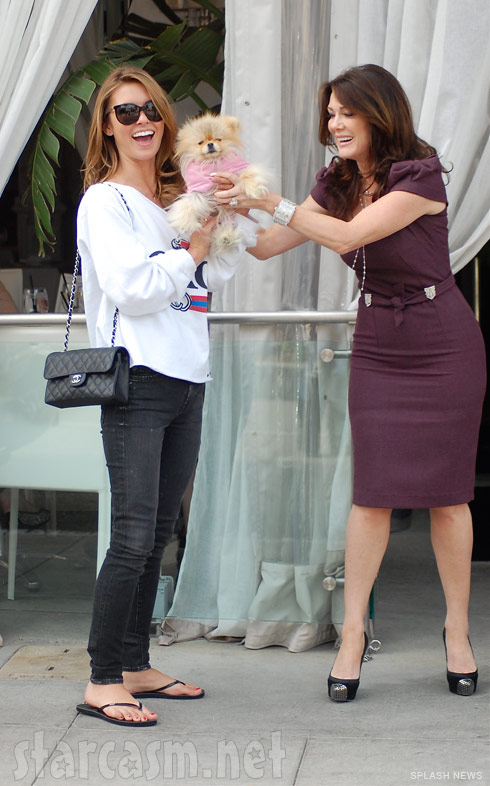