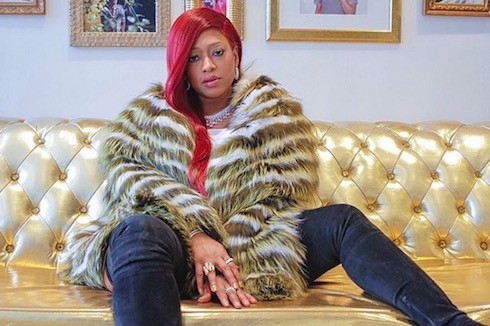 Mona Scott-Young made a lot of aspiring rappers very happy last year, when it became clear that Love & Hip Hop Houston and Love & Hip Hop Miami had both begun filming. Since then, Houston has been canceled, thanks in large part to an alleged gunfight between some members of the cast during one of the show’s first shoots. So the focus has been on LHH Miami, with a cast said to be headlined by both Trick Daddy and Trina.

However, in a new interview with Bossip, Trina revealed that she’s been focusing most of her time and energy on creating new music, and she isn’t sure that she wants to devote herself to any reality TV show–let alone one as popular and all-consuming as Love & Hip Hop.

“I’m not sure about that yet,” Trina revealed. “I’ve been asked; I’ve been around the situation; I’ve been talked to about it. I have my reserves for it. You know–I watch the show. It’s entertaining.

“I just think, for myself, with reality TV?” Trina continued. “I need to know for sure, before I take a step to something, exactly what I’m getting myself into. ‘Cause I mean, music, and, maybe if you hear I’m dating somebody, that stuff always comes out. But besides, like, that, my inside, personal life is always private. And I like it like that.

“I just know now,” Trina concluded, “where I’m at in my career, it’s so solid. I’m a grown woman–I can handle whatever comes my way.”

Of course, this could all be clever misdirection on Trina (and Mona Scott-Young)’s part. We quoted Trick Daddy in one of our earliest LHH Miami updates saying that the Season 1 cameras were scheduled to begin rolling last May. That date could have been changed–but, if it held true, it’s possible that the entire first season has already been shot, and Trina is waiting to see how well the ratings are before committing to join up for Season 2.

We should find out soon enough: According to the latest rumors, Love & Hip Hop Miami will debut in the summer of 2017.