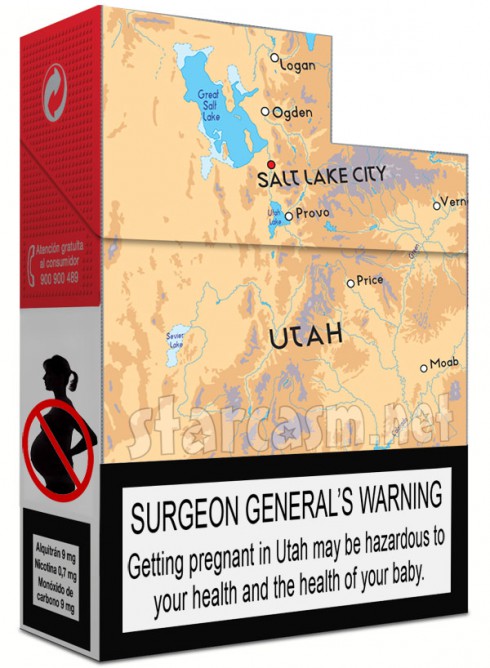 Doctors are advising women to either leave Salt Lake City and Utah in order to conceive, or wait until the poor air quality inversion season to get pregnant.

According to the Salt Lake City Tribune the major concern is the risk of low birth weight.

Last week, a large study showed the risk of having a baby of low birth weight — meaning less than 5 lbs. 8 oz. — jumps 10 percent in areas with higher concentrations of particulate matter, including PM2.5. That’s the pollution that spikes in winter inversions and leads to Utah’s dubious distinction of having the worst air in the country.

Brian Moench, anesthesiologist and president of Utah Physicians for a Healthy Environment recommends that women wait until late in the spring to conceive because that “That probably gives [a woman] the best window of opportunity for the critical first three months [for the fetus] to develop under the least amount of pollution.”

But his biggest recommendation is to “get out of Salt Lake City to conceive.”

Utah is known for having the worst pollution problem in the country, and bad air quality days don’t just affect pregnant women. High pollution days can cause wheezing and other respiratory symptoms, but has also been linked to deaths from aortic dissection.

PHOTOS MY 600 LB LIFE Cynthia Wells today: ‘Feels like a failure,’ has ‘lost all motivation’ to keep losing weight

PHOTOS My 600 Lb Life’s Cynthia Wells still ‘struggling,’ working her way back in 2020