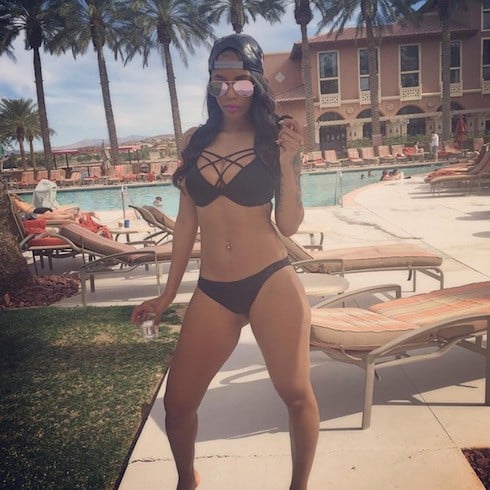 It looks like Bambi Benson and Lil Scrappy might have finally reached the end of their relationship. Allegations of domestic abuse on Scrappy’s part sprung up this past January, following a cryptic Instagram update from Bambi in what looked like a hospital room. (She’s since deleted the update, but you can read it here.) Scrappy was quick to call foul on the blogs for reporting on what the situation looked like without knowing exactly what had happened, and suggested that the abuse rumors had been blown way out of proportion.

RELATED: Lil Scrappy is not pleased by suggestions that he put Bambi in the hospital following their split

Weeks later, we still don’t know exactly what went down between Bambi and Scrapp. LHHATL fans found a glimmer of hope in the Season 6 synopsis VH1 released ahead of the premiere: “Will Scrappy and Bambi make it to ‘I do?’ If Momma Dee has anything to do with it they will.” Of course, that synopsis was written during Season 6 filming, the bulk of which took place well before the suggested abuse and subsequent split. Bambi has scrubbed all photos of Lil Scrappy from her Instagram page. And all-powerful Momma Dee removed all mentions of Bambi from her Twitter feed.

In fact, there’s been no sign of any contact at all between Bambi Benson and Lil Scrappy.. Social media-wise, the only evidence that they were ever together in the first place is a single photo of the two of them from this past New Year’s Eve on Scrapp’s Instagram page. (Bambi used to have the same pic on her own page, but it’s long gone.)

Happy new year ? ? @adizthebam finna go turn up right quick love y'all and be safe pray for the kids Bd the people we lost I forgot what last year

Unfortunately, it looks less and less like a reconciliation is possible as more and more time passes. Maybe the reality TV gods have a late-season surprise in store, but, for now, it seems that Bambi and Scrapp’s relationship is finished–whatever the cause.