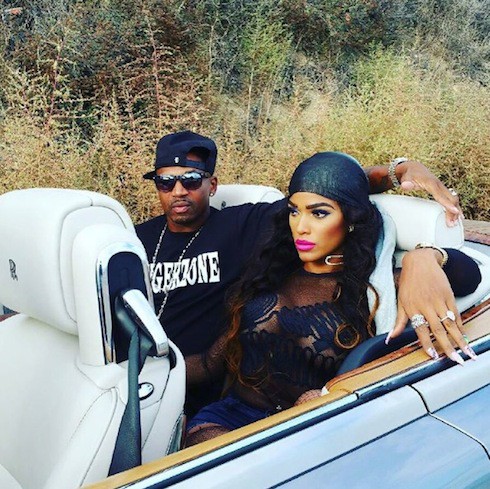 Stevie J and Joseline, of Love & Hip Hop: Atlanta fame, are about to step into the big seat with their own show on VH1. Stevie J & Joseline: Go Hollywood has already got plenty of offscreen drama, though, thanks to recent rumors that the couple is struggling to stay together in the wake of a host of disagreements and infidelity talk.

It was an alleged recent drunken brawl that got the Stevie J and Joseline rumor mill started. Thanks to a new interview with Stevie J himself, we got the story that he came home from a recent trip to find Joseline Hernandez drunk and on a rampage in their house. Stevie claims that Joseline bleached out $40,000 worth of his wardrobe–not including a $10,000 vintage Bad Boy Records jacket–and assorted other items. At the time, Stevie was almost magnanimous, claiming that “jealousy” was to blame, and “Jealousy is a motherf*cker. Jealousy is weak.” 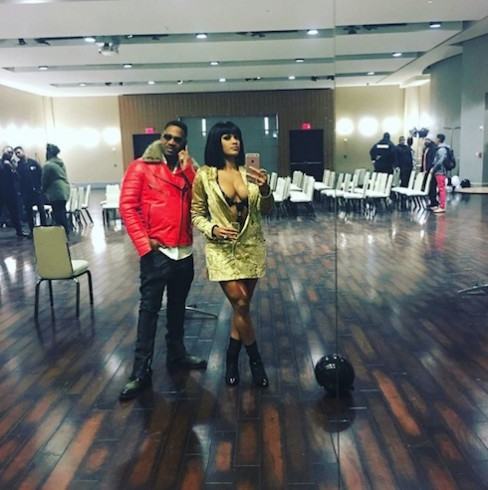 For now, Stevie J and Joseline are separated, though fans’ hopes are high that the debut of their own reality TV show will help bring them back together. However, this Stevie J and Joseline update is not the first time that questions of intoxication have involved the Love & Hip Hop: Atlanta star–there was the infamous rumored crack rock rampage at the LHHA reunion a couple of years back, and last year’s shocking revelation, from co-star Mimi Faust, that she received some drunken oral pleasure from Joseline.

In addition, Stevie J and Joseline fans have been left wondering whether the 29-year-old is still pregnant–or ever was, following last September’s Facebook announcement. Joseline has given no official updates since then, and many fans have noted that, if she were even just one month pregnant back then, Joseline would be approximately five months pregnant now; yet, in every recent photo, there doesn’t appear to be visual evidence of a pregnancy. In an interview just last month, with Yancy and Mendeecees from LHH, Joseline said she was “begging” Stevie J to get her pregnant. Stevie’s response? “Let’s get that bread,” he said, referring to their own TV show.

Speaking of which: VH1 has just released the long-awaited Stevie J and Joseline: Go Hollywood supertrailer, in advance of tonight’s premiere episode. Check it:

The network has also been kind enough to share a supercut of Joseline’s best one-liners from the forthcoming season. Get your pump primed:

Tyga can’t convince Kylie Jenner he isn’t trying to get with a 14-year-old: Report