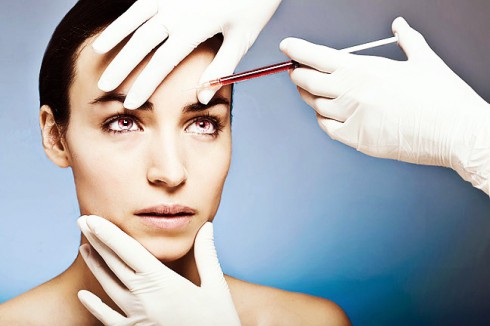 Some pretty unusual beauty treatments have made news in recent months. Although you’d think something called the “Vampire Facelift” would fall into the same category as the “Bagel Head” or “Intentional Snaggletooth,” the procedure has actually gained some real popularity among Hollywood’s biggest stars. Now, even more celebrities will have the chance to try it out, thanks to a $5,000 voucher for all Oscar attendees.

Nicknamed “natural botox,” the Vampire Facelift is designed to plumped skin. The non-surgical procedure involves drawing blood, enriching it with platelet-rich plasma (PRP) and then injecting it back into wrinkle-prone areas of the face. According to the website, the Vampire Facelift procedure stimulates collagen production in the skin, which helps brighten and tighten the skin.

Although the strange procedure gained the support of plastic surgeon and Real Housewives of Beverly Hills star Paul Nassif, it has been criticized by many more professionals as overrated and over-priced

“The VF is getting a lot of media attention because of its name, not because of spectacular results,” writes cosmetic surgeon Dr. Robert Kotler on the Web MD blog. Kotler adds that there is no evidence that the Vampire Facelift is any more effective than other popular fillers.

The name does seek to be a good marketing gimmick… It’s definitely getting people talking!

What is the Bruciare Fitness Chair? RHOBH’s Kyle Richards signs on as spokeswoman