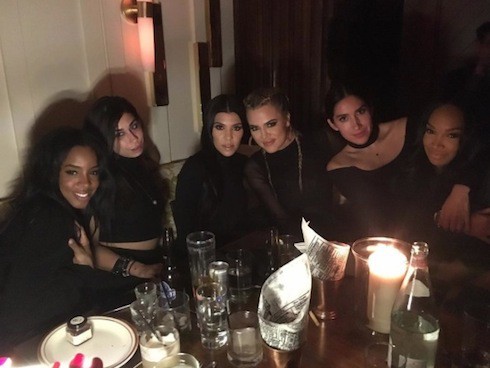 Is Scott Disick drunk again–has the reality TV icon fallen off the wagon, just months after completing a successful fourth stint in rehab? According to the latest Scott Disick drunk rumors, the answers might be yes…and things at home might be worse than ever for the 32-year-old. Kourtney Kardashian is said to be retreating into the safety net her family represents, as Scott becomes harder to reach.

Scott Disick drunk rumors began swirling just a few days ago, in the wake of the rowdy night he spent out at a Hollywood strip club with alleged boyfriend Chris Brown, plus Tyga. Before that, fans were alarmed to see the frequency with which Disick agreed to paid appearances at Las Vegas bar and grill 1OAK, with which he has a long relationship. Disick has reportedly been paid $30,000 each for two appearances over the past four weeks; estranged partner Kourtney Kardashian is said to be upset about Disick’s doings, and the two have apparently clashed over the topic more than once. 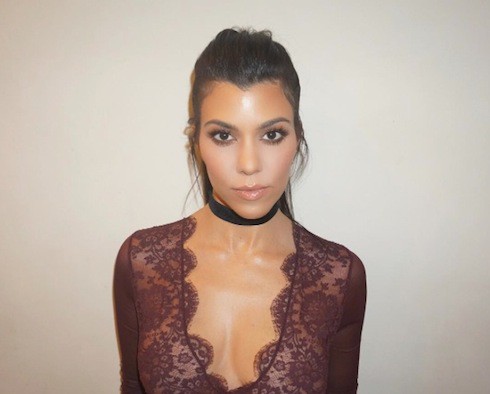 At least one source of repute has confirmed the potential possibility of a Scott Disick drunk story, claiming that Disick “can’t help himself” when it comes to drunk dialing Kourtney and professing his love for her. Said a source close to at least Kourtney Kardashian–and possibly Scott Disick himself, “The last time [Scott] drunk dialed her, he proposed marriage and baby number four!”

However, Kourtney knows better than to trust the father of her children: “The tragic thing is,” the source continued, “he can barely remember it the next day. But the damage is done….It’s completely twisted and sick and it’s torturing Kourtney no end, but he can’t help himself. He’s a total mess.”

In addition, a worried Kourtney reportedly ignored Scott altogether when the two crossed paths at a Calabasan mall food court just this week. A Daily Mail dispatch suggested that Scott, who had taken the children out for a relaxing Italian dinner, actually entered Kourtney’s line of sight elsewhere in the mall, after he and the three children were done eating but before Kourtney entered the sushi establishment to which she and a few close friends were headed–but that Kourtney turned away from the family, and tried to avoid being seen.

Kourtney hasn’t been all silence and drama, though. She recently made headlines for her sweet, almost hopeful Instagram update:

#FBF with the baby daddy before he was a baby daddy.

Unfortunately, Scott’s response to Kourtney’s post lent credence to much of the “Scott Disick drunk” gossip:

Nor did Scott help himself by plugging a third 1OAK appearance, this one in conjunction with next weekend’s Super Bowl festivities:

Is Scott and Khloe’s podcast The Lord and The Lady a real thing?