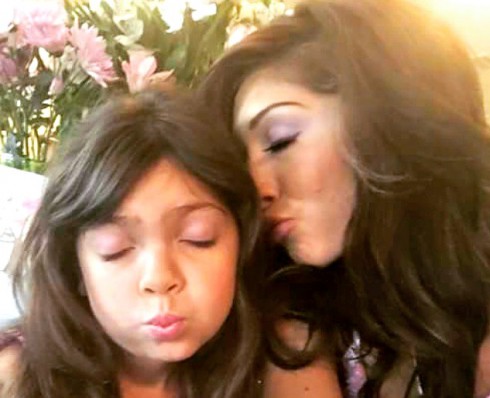 Remember the $600 that Farrah Abraham gave six-year-old daughter Sophia Abraham for losing her two front teeth? The Teen Mom OG star suggested she wouldn’t mind if it goes into Sophia’s savings fund for plastic surgery…as long as it’s used years down the road.

“You’ll see that my daughter does value how I’ve done my look and invested in myself, and I feel like if [plastic surgery is] not harming her and making her look better, and keeping her healthy into her older years, I have no issues with that,” Farrah told Us Weekly. “I’m going to be supportive because it hurts me to see my daughter worrying about her looks, even while she’s losing her teeth right now, so that’s sad.” 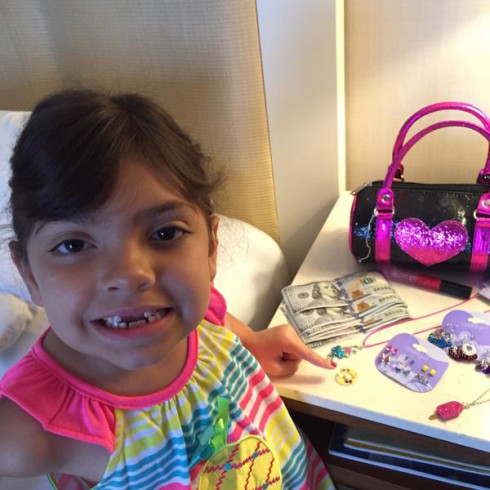 Farrah explained Sophia is really struggling with her confidence right now, especially when she sees how “perfect” her mom’s teeth are.

“She’s been going through a hard time right now losing all of her teeth, and she’s not really so secure,” Farrah said. “I think it’s really a struggle losing your teeth right now when everyone’s looking at looks. So, she lost her first big tooth, and she’s just like, ‘Mommy, I want teeth like yours!’ and I’ve had my teeth cosmetically done, so they’re looking pretty perfect.”

Even though Farrah supports Sophia getting cosmetic procedures in the future, Farrah said she’s also sure to tell Sophia how beautiful she is naturally.

“I think my daughter looks beautiful regardless if she’s losing her baby teeth or if she’s having a bad hair day,” she said. “I really embrace everything about my daughter. I think she’s so perfect, gorgeous, and [I’m] thankful to God I have her. I encourage her to just look past some of those things.” 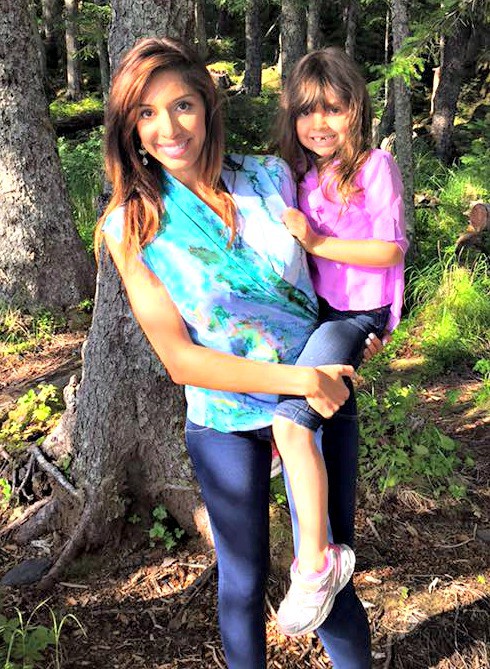 Farrah concluded that Sophia is the queen of her classroom — regardless of whether she has all of her teeth.

“When I look at her class and I see everyone, Sophia’s definitely outgoing,” Farrah said. “[She] sings, dances and is very much the most popular girl. She also won fashionista for her class this past year, so I definitely see how she stands out and her strengths.”

It sounds like we’ll get to see more of Farrah and Sophia in new episodes of Teen Mom OG, which was reportedly renewed for a sixth season.