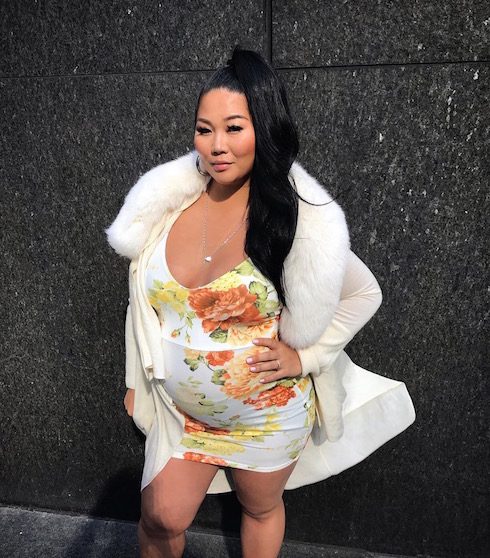 Young Bae’s baby may only be a few months old, but the first-time mom is so head-over-heels in love with her little boy that she says she’s ready for #2! Bae revealed the news on social media in the afterglow of her son Nikko’s surprise birth; Bae sounded just as relieved to be through her difficult pregnancy as she did to be gazing in wonder upon Nikko’s tiny face.

Here’s what Bae had to say, alongside a few photos from her maternity shoot (which she didn’t have time to post before giving birth):

I was going through a lot with my pregnancy and didn’t get to enjoy it too much. Now that I have my precious nikko.. I wouldn’t mind going through the 9 months of craziness to have another nikko ??❤️?? Thank god for my great team for making me look amazing❤️ Styled by : @cavalli4me Photographer: @robbiejoseph assisted by @saradowner Makeup: @gene9902 Hair: @feeseonhair assisted by @loreal.wynn and outfits: @terrymaccstore @nataliealixia thank you for putting this amazing shoot together #maternityshoot #mothertobe #blackinkcrew #mommylife

Of course, Bae’s comments also came in the ramp-up toward Black Ink Crew‘s new season, leading some to speculate that she might be sowing the seeds of a new storyline for herself. From our point of view, though, Bae has enough going on between Nikko’s birth and her path toward US citizenship to more than fill her airtime on Black Ink Crew Season 7.

On a related note, those maternity shots weren’t the only thing Bae didn’t have time to do. Because her baby boy Nikko came so early — five full weeks! — she actually missed her baby shower because she was in the hospital giving birth:

And Bae and her baby daddy Robert might want to reconsider having a second baby until after they’ve gotten some sleep. It’s clear from their social media feeds that the two of them are completely in love with their child and with being parents…but it’s also obvious that the two of them are as exhausted as first-time parents of a newborn tend to be:

Black Ink Crew Season 7 drops with a two-hour premiere Wednesday, September 19th at 9 PM on VH1. We’ll have our own exclusive look at some of the Season 7 tea up later this week; for now, you can catch a quick peek at the upcoming action here.