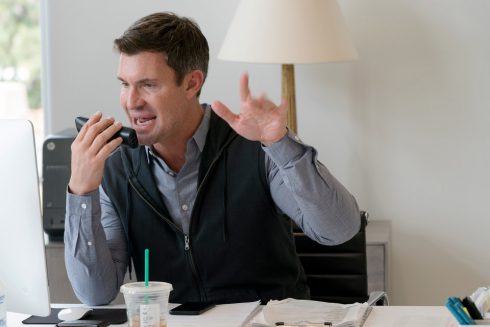 The eleventh season of Flipping Out premieres next week, and there’s already tons of buzz about the drama that is to come.

Yesterday, a story broke that long-time friends, co-stars, and colleagues Jeff Lewis and Jenni Pulos have ended their relationship. During filming, the two got into a blowout fight that led to Jenni stepping away from Jeff Lewis Design.

“It is true. Jenni and I did have a fight which then resulted in a rift,” Jeff shared this morning on his Sirius XM radio show.

He went on to explain that Jenni is a key component to the success of Flipping Out which is why he didn’t want her to leave the show.

“I’m a business man. I’m not stupid. I know [the viewers] love Jenni. I love Jenni,” he explained. “So I said to her off camera, ‘I don’t want you to leave the show. I want you to still be on the show with me.’ I said, ‘but we need a more organic, authentic relationship on the show.'” 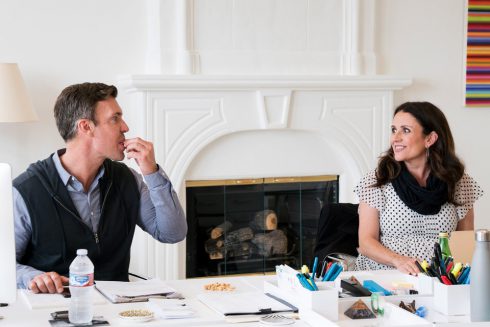 This is the part where Jeff drops a major bombshell about the details of their relationship. Though Jenni has always appeared to be Jeff’s assistant and colleague, the truth is she’s actually employed by Bravo not Jeff.

I want to be honest with my listeners, and I want to be honest with my viewers because I respect my viewers and listeners, and I do have something to apologize for because I have always claimed that Flipping Out is a true, authentic, un-produced show. It is, however, Jenni has not worked for me for many– she has not been working for me for several, several seasons. She’s employed by Bravo. And I apologize because it is the one thing that is not authentic about this show. These are my employees. These are my clients. These are my houses. This is my life, but she is employed by Bravo. She shows up the day of filming. She leaves the day that we are done filming. She doesn’t work for me for seven months out of the year. … She’s not employed by me. I don’t pay her. She’s not on my payroll. I need to make that clear. That was something that has always been a problem with me because I do try to live my life in an honest way, and it was the most inauthentic thing about this show. It was a problem for me. It has been a problem for me.

Jeff claims that all elements of the show are real, genuine, and authentic, but how can that be true if one of the focal relationships on the show is built on a false pretense? My guess is that Jeff and Jenni’s relationship is like Vanderpump Rules. Sure, the cast all “work” at SUR for a few weeks during filming, but for most of them, waitressing and bartending is not their full-time gig.

He goes on to explain that he and Jenni haven’t spoken in three months after she allegedly reported him to the production company for abuse and victimization. This became a major situation that Jeff described as “embarrassing” and “extremely time consuming”.

Ultimately, he was cleared of all accusations.

Some fans are flabbergasted to learn of the falling out between Jeff and Jenni while others assume it’s all a ploy to create buzz before the new season starts in just a few short days.

Time will tell if Jeff and Jenni’s relationship is really done for good or if their blowout fight is the groundwork for a reconciliation storyline in a future season.

Don’t forget to tune in to Flipping Out when the new season premieres on Tuesday, September 11 at 10/9c on Bravo.