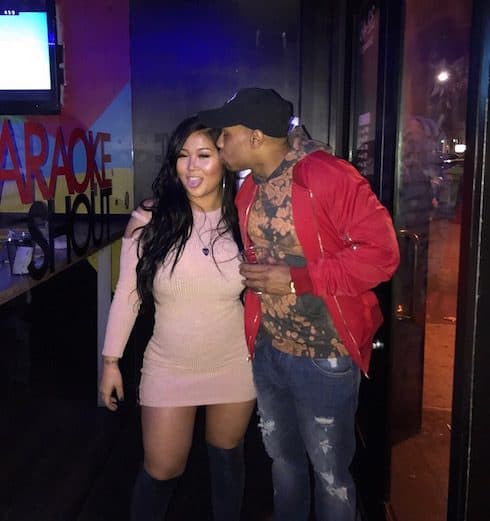 In the past year and change, Black Ink Crew‘s Young Bae has met the man of her dreams and fallen head over heels in love, found out she’s pregnant with his baby (no matter what Sky may have thought at first), *and* been the recipient of a surprise wedding proposal on a beautiful winter’s night in the middle of Times Square. To quote Bae’s own social media handles, Young is blessed!

On the baby front, she’s been keeping her fans in the loop with a steady stream of social media news. The latest Young Bae pregnancy update came when she was nearing the end of her second trimester, at a healthy 22 weeks:

Based on that Young Bae pregnancy update, which came on February 15, Bae will reach the 40 week mark on June 21st — making her first child a summer solstice baby. (It’s also worth noting that early summer is when the cameras are expected to begin rolling for Black Ink Crew Season 7.)

As for Young Bae and her fiancé Rob’s engagement: it actually happened back in December, but, thanks to the ever-present reality TV lag, viewers didn’t get to see the magical moment until last week’s episode:

Between all of her personal milestones, Black Ink’s extended trip to Korea and Bae’s reunion with her mother, *and* the fact that she, on top of everything else, patched things up with Sky? Well — we’ll let this gusher of a tweet sum it all up:

In one year @Youngisblessed found her prince, he knocked her up then he proposed to her in the middle of time square #BlackInkCrew pic.twitter.com/TRRWYY3thm

Congratulations once again to Young Bae and Rob on finding each other, their upcoming wedding, and the birth of their upcoming child! Hopefully they manage to find time to calm down somewhere in the remaining months of 2018 🙂