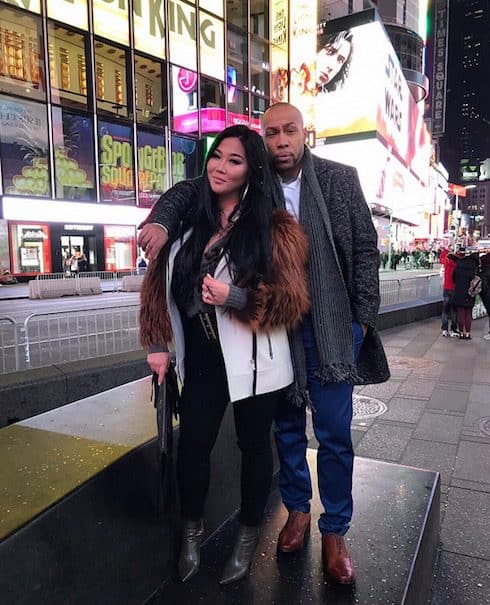 Black Ink Crew cast member Young Bae got one of the biggest shocks of her life during the show’s pre-break episode, which appeared to reveal Bae’s unexpected pregnancy. Since then, though, Sky called Bae out, claiming there are too many high-profile storylines in Bae’s life for all of them to be legit.

So, is Young Bae really pregnant? And did she find her mom in Korea — or was the whole trip a weird hoax? First off, here’s Sky sowing the seeds of discontent and distrust:

“I feel bad for saying this,” Sky says, “but I find it really hard to believe that your mom’s missing first, now you’re pregnant, and we haven’t met anyone from your life….Something’s not adding up.”

We’ve certainly poked fun at Black Ink Crew for going over-the-top with its teases of Young Bae’s mysterious past during her first season last year. And Sky’s not wrong to point out that there’s an awful lot going on in Bae’s life right now…but calling her out like this, and implying that Bae is making up either her pregnancy or her mom’s disappearance or both, seems a bit much.

But Bae got out ahead of the drama by taking to Instagram with an official pregnancy announcement just as Black Ink Crew went on hiatus at the beginning of the month:

Yes!!!! We’re having a baby y’all!!! ❤️??❤️?? #youngisscaredaf But #youngisextremelyblessed and excited to be a Mommy!!! 5 months down!! Thank you for the love and support guys it means the world to me!! I don’t know what I did to deserve all these blessings these days??❤️ guys I’m gonna need y’all help and advices I have no idea what it’s like to be a mommy. Have y’all ever heard of the saying “hurt ppl hurt ppl”?? Im so scared if I’m gonna be that person to my baby. I’m seeing a therapist so I can let go of my pain for now #onedayatatime #godisgood #imnotperfect but #igotfaithingod ??❤️ #fashionnova @fashionnova #blackinkcrew

And, since then, she’s updated her feed with a bunch of Young Bae baby bump pics. We’re willing to agree that, yes, the woman is indeed five months pregnant:

Young Bae’s fiancé Rob tends to keep a much lower social media profile, but he can’t help gushing over his beloved. Here’s an update featuring Young Bae and Rob from last October — around the time that Bae would have gotten pregnant:

Got a sweet Asian chick and it's her Birthday!!!!! Happy birthday to my Queen!!!

So, while the drama with Young Bae’s mother is yet to be resolved, it looks like her pregnancy is as healthy as could be. Hopefully, the next four months are as drama-free as possible for their unborn child 🙂

How many Kardashians are pregnant right now?