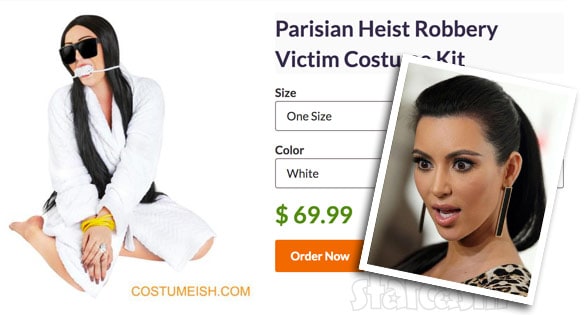 In “this surprised me for all of two seconds” news, a costume company is offering a Kim Kardashian Paris robbery Halloween costume that includes a “white short sexy robe,” rope, gag, wig, sunglasses, and a “‘$4 Million Dollar’ Ring.”

The description for the costume, available for $69.99 on Costumeish.com, doesn’t actually include Kim Kardashian’s name, although it is clearly referencing the reality star’s recent robbery at a Parisian hotel in which she was reportedly held at gunpoint. (The url for the costume includes “kim-heist-parisian-robbery-victim-costume.”) The site describes the costume as “Parisian Heist Robbery Victim Costume Kit” and provides the following photo and details: 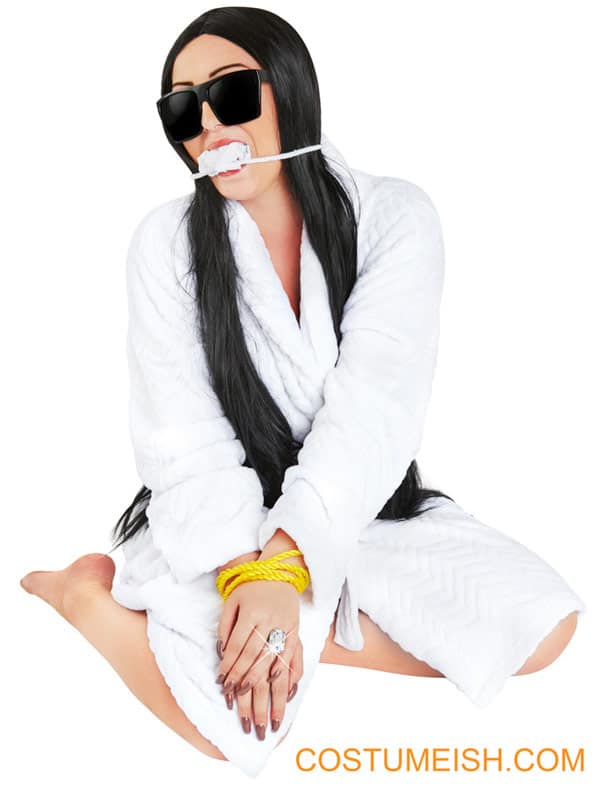 This Halloween it’s all about the #Hallomeme and who better than America’s goddess of all things glamorous “Parisian Heist Robbery Victim Costume?” She has devoted her life to promoting American decadence, youth, and hedonism but all that flashy living caught up with her one night in Paris when armed men bound her, stole her jewelry and her peace of mind. This Halloween have some fun with pop culture and dress just like the Queen of Social media with our sensational “Parisian Heist Robbery Victim Costume” Costume.

*Costume ring is made of plastic and not worth $4 million dollars.

BREAKING – While writing this post Costumeish has announced they have removed their Kim Kardashian Paris robbery Halloween costume due to “extensive out-lash.” Here is their tweet:

Due to the extensive out-lash we have decided to remove the "Parisian Heist" costume from our website. We are sorry if it offended anyone.