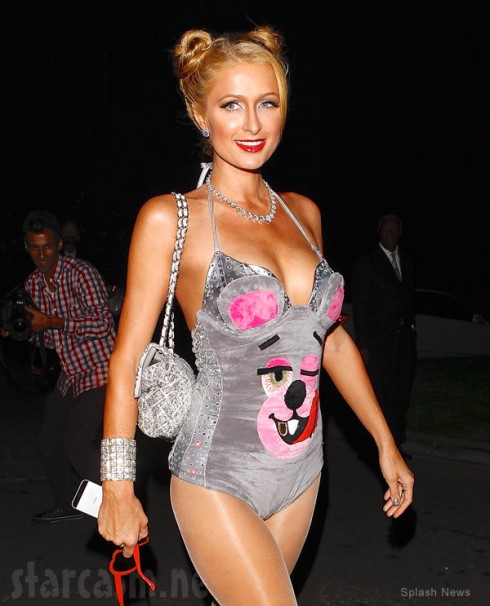 I’m a huge fan of celebrities in Halloween costumes, and one of the celebrities I look forward to the most come late October is Paris Hilton. The 32-year-old debutantrepreneur always seems to do a wonderful job of mashing up sexy, stylish and fun — and her first costume of 2013 is no exception as she ramped up the fun and sexy part of the formula by dressing as Miley Cyrus in her teddy bear leotard from her infamous twerking performance at the 2013 MTV Video Music Awards.

Teddy Bearis Hilton struck numerous poses for photographers as she made her way to the famous annual Playboy Mansion Halloween party last night. Of course Paris couldn’t resist poking a little more fun at Miley by poking out her tongue and imitating Miley’s hand gesture: 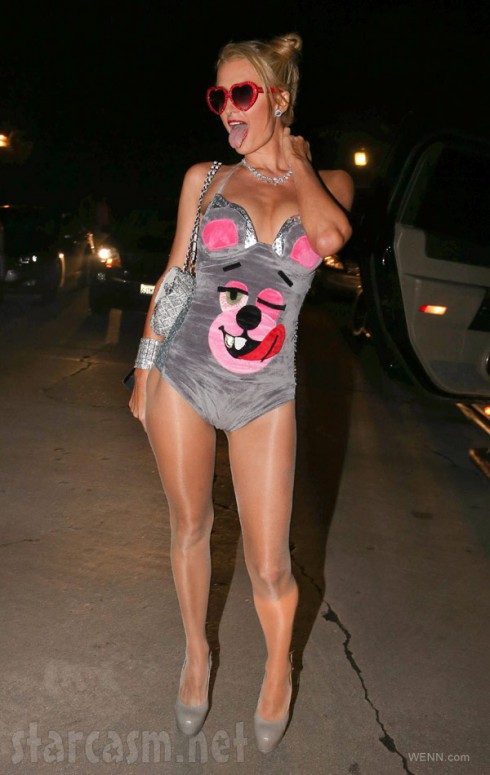 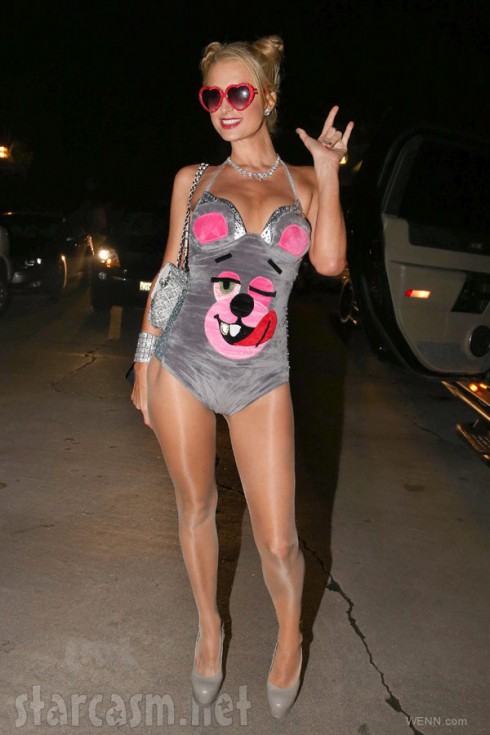 One of the biggest criticisms of Miley’s VMAs attire was how unflattering it was for the singer’s Miley Cyrass, but Parass Hilton didn’t have that problem. At all. 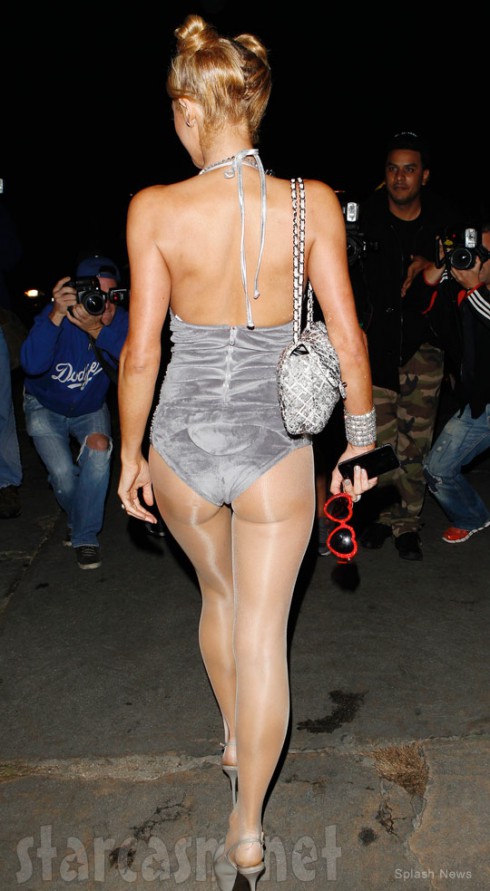 Stay tuned — I’m sure we will have more great Paris Hilton Halloween costumes and more celebs in Miley Cyrus costumes over the next few days! (You can click here to see photos from Paris Hilton’s fun-filled Halloweenfest last year and here to see her in her amazing She-Ra costume!) Until then, here’s a loooooooong last look at the Twerk or Tweet sensation that is Miley Cyrus Hilton:

UPDATE – Paris has shared a number of great photos of her wearing the Miley Cyrus costumes on instagram and pheed, including some interior shots in which she whips out a foam finger! 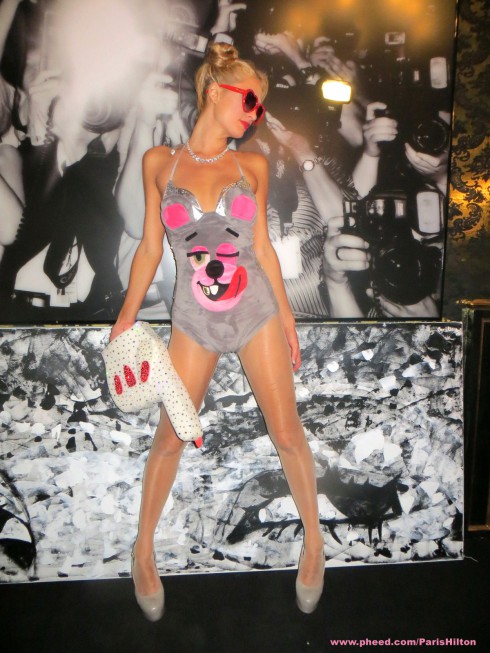 And how about a group photo that includes friends and family of Paris including sister Nicki Hilton as a naughty schoolgirl and beau River Viiperi sporting a top hat in the back: 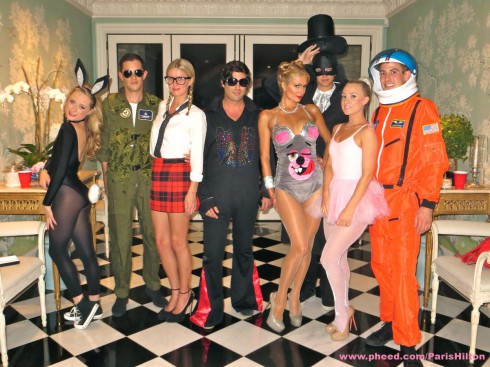 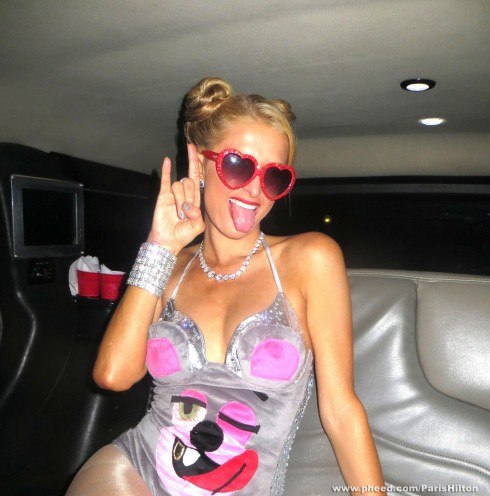