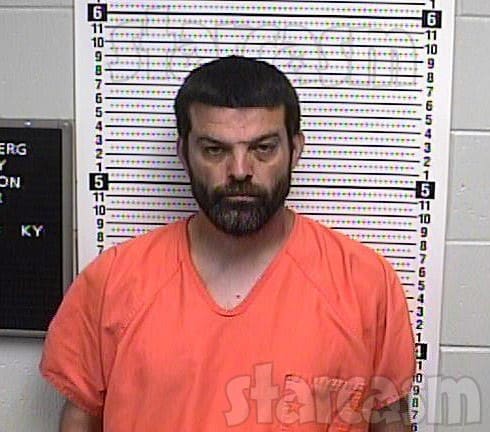 Thanks to patriarch Toby Willis’ rape charge, TLC has all but abandoned plans for a Willis Family Season 3. The network is expected to formally cancel the show–and sever its remaining ties with the family–following patriarch Toby Willis’ arrest on an underage rape charge last week. Willis, 46, allegedly fled from the family home in Tennessee to avoid authorities, and was arrested last Friday in Greenville KY. The Tennessee Bureau of Investigation stated that their agents “began investigating Willis on August 29th,” and, almost immediately, they “developed information Willis had a sexual encounter approximately 12 years ago with an underage female.”

However, it’s now being reported that the rape took place 14 years ago, in 2002–and that the victim was a Willis Family relative. It seems to be primarily because of that detail that Toby has been ordered to stay away from his wife and their 12 children. He was so ordered during his first court appearance earlier this week; Willis acted as his own counsel, and said that he would not oppose extradition back to Tennessee. The state now has 60 days to transfer Toby Willis to a Tennessee prison and begin formal legal proceedings against him.

In addition, Brenda Willis, Toby’s wife, has issued a statement through her attorney:

I was shocked and devastated by the revelation of events leading to Toby Willis’ arrest. As these are very trying times for the Willis family, I kindly ask all to respect our family’s privacy. As a mother of twelve, my first priority remains with my children and helping them through this traumatic event. We are cancelling all appearances for the foreseeable future to focus on the children and their well-being. We apologize for any inconvenience this may cause. We have, and will continue, to fully cooperate with law enforcement officials and ask that you direct all inquiries regarding Toby Willis’ case to the District Attorney’s office who have our complete support.

TLC has yet to formally cancel The Willis Family, but has removed the show from its web site. According to at least one report, the network was already planning to give the show the axe.

RELATED ARTICLES: How does The Willis Family make their money?