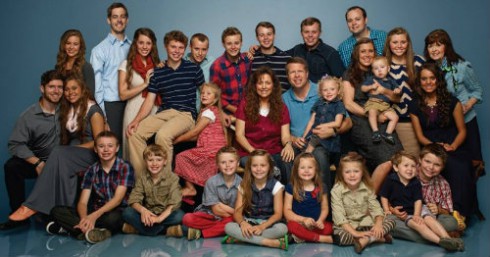 Are the Duggars separated? Far from it: though controversy continues to bewilder the former stalwarts of huge family reality TV, the Duggars are adding a fresh member to their ranks, thanks to Jim Bob and Michelle’s forthcoming adoption of a 20th child.

Reports of the Duggar patriarch and matriarch’s impending adoption of yet another child began to swirl late last year, but it turns they only recently put their plans in motion. On August 31st, JB and wife were granted temporary guardianship of the eight-year-old son of Michelle’s 23-year-old niece Rachel Hutchins. Hutchins is homeless and unemployed, and this past, April was arrested for breaking and entering. Because of a mandatory six-month period of temporary guardianship, and retroactive application of the time that Hutchins’ son has lived with the Duggars, Jim Bob (and Michelle) are expected to file a formal request for legal guardianship in November.

The Duggar family’s fall from grace was temporarily halted when TLC picked up Jill & Jessa: Counting On for a second season, despite advertisers abandoning the show in whatever the word is for more than droves but less than an apocalyptic stampede. 19 Kids & Counting‘s cancelation cost the network an estimated $19 million dollars, which is why so much of the coverage of the network’s decision to put the less-contaminated part of the family back on the air has been met with disbelief, ridicule, and scorn.

(Photo credits: Are the Duggars separated via TLC)