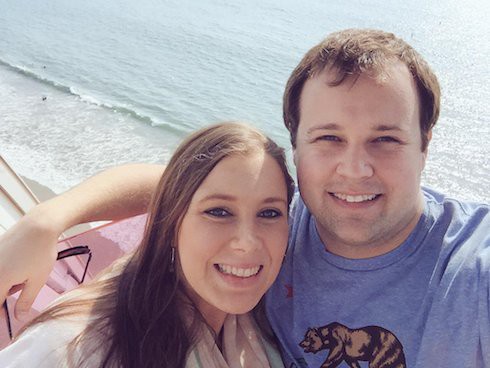 The latest Josh Duggar update brings more potential bad news for the disgraced reality TV star. According to new reports, Josh is “desperate” to save his marriage, and trying to come up with a plan to save it. Apparently, Josh doesn’t believe that he can convince embattled wife Anna Duggar to have another child with him–at least, not yet–and is trying to resort to a simpler method to prove his love.

Reports that Anna Duggar is considering divorcing Josh and striking out on her own began to surface last week, and flared up further thanks to Anna’s surprise, teary appearance in the new trailer for Jill & Jessa: Counting On. Those reports alleged that Josh has been trying to take advantage of Anna’s love for her children by coaxing her into another pregnancy and getting her to stay with him.

However, those reports also came before last week’s bombshell regarding the shady real estate deal that Josh and family pastor Travis Story entered into to try and protect Josh and Anna’s assets from Danica Dillon’s sexual abuse lawsuit. Dillon claims that, several times, Josh paid her for sex, only to beat and humiliate her. The real estate deal involved Josh and Travis setting up a shell company, owned by the two of them, to which Josh sold he and Anna’s Arkansas home for a five-figure profit. The transfer of ownership to an LLC is believed to be legal protection for the house no matter how the lawsuit turns out.

Now, the newest report on the status of Josh and Anna’s marriage claims that Josh is desperate to win Anna back, and wants to pull out all the stops, via a huge renewal ceremony, to do it. “wants to a have an elaborate ceremony as soon as he gets out of rehab,” said a source close to the Duggar family. “[He wants to] make it a really special occasion for Anna.”

That might be easier said than done, though. This whole ordeal has “[has] been really stressful for Anna,” the source explains, since, with Josh away in treatment, she is effectively a single parent. And any ceremony–whether elaborate or quiet and completely homemade–might be beyond the Josh and Anna’s reach: a separate source claims that Anna is considering returning to reality TV in order to support herself.